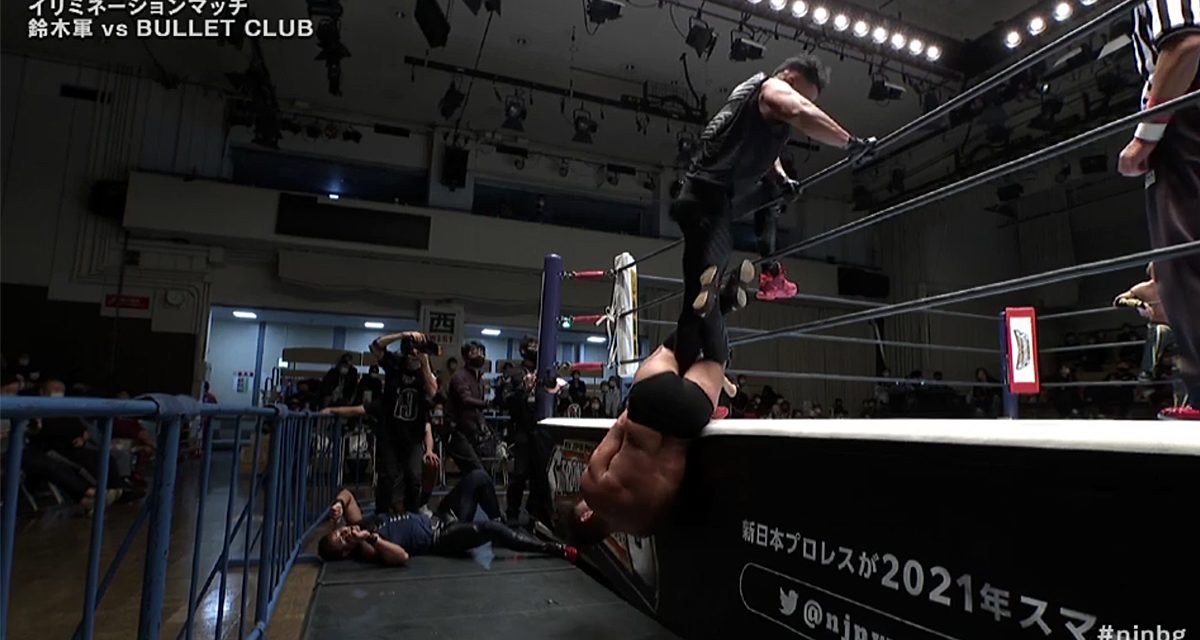 An elimination tag team match between Bullet Club and Suzuki-gun headlined night one of the New Beginning in Hiroshima tour. Tonight, it was Suzuki-gun (El Desperado, Douki, Zack Sabre Jr., Taichi and Yoshinobu Kanemaru) versus Bullet Club (Taiji Ishimori, El Phantasmo, Jado, Tanga Loa and Tama Tonga. Even though Bullet Club won there were a lot of shenanigans leading up to that victory.

As they gathered together for their pre-match “too sweet” routine, Suzuki-gun attacked Bullet Club. For over three minutes, Suzuki-gun isolates and swarms all over Tonga. Tonga is thrown over the rope at 4:14 by Douki but the official doesn’t witness the exit so Tonga slides back into the ring and continues on. The official isn’t the wiser although Suzuki-gun complains.

“Jado, f–k him up!” says an angry Tonga when he finally tags out.

It is now Douki’s turn to endure a long, long beating as he is cut off from his pals. Douki has no steam on his punches. Jado just shrugs them off. Taichi tags in giving everyone on the Bullet Club side a taste of his new throat-choke hold. At 15:52, El Phantasmo is knocked off the apron by Ishimori. His feet don’t even touch the floor. Red Shoes eliminates him anyway. #justiceforELP 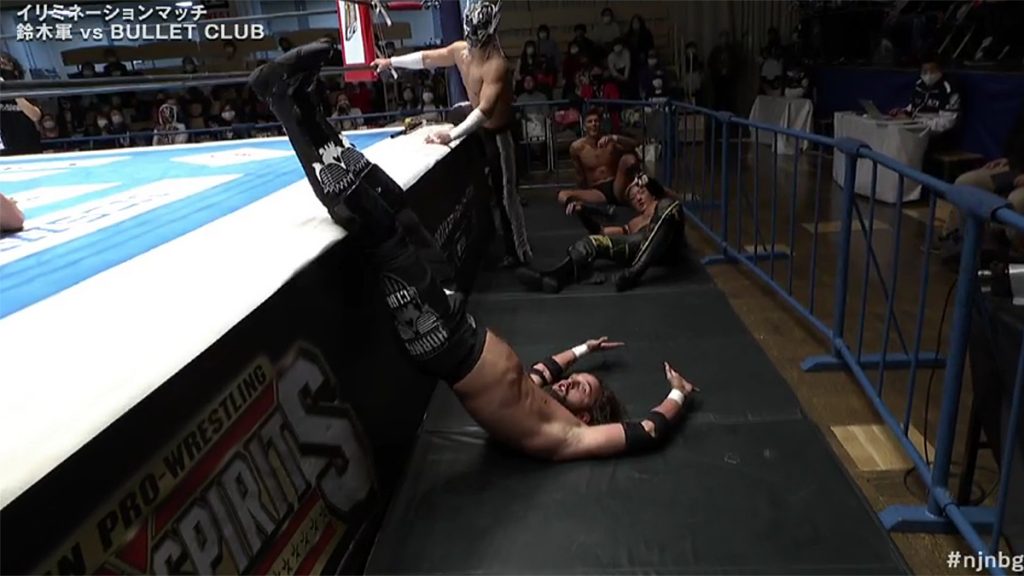 ELP is eliminated? Not a chance, Red Shoes. Courtesy: NJPW.

ELP catches Ishimori on his shoulders preventing his elimination. Seconds after ELP places Ishimori back on the apron Desperado kicks him off of it at 17:23.

Ishimori trips up El Desperado from outside the ring. Desperado argues with Ishimori. Tonga sneaks up from behind and throws him over the top rope at 18:34. Tonga catches Douki off the ropes and makes him submit to a Scorpion Deathlock at 19:15. Zack Sabre Jr. flips Tanga over the top rope at 21:17, however, Tonga Loa superkicks ZSJ off the apron at 21:45. A kick from Taichi sends Loa off the apron at 22:05.

This leaves Taichi against Jado even though it isn’t clear how Yoshinobu Kanemaru was even eliminated. No reason is ever given. Jado offers to step out of the ring. ZSJ on the floor won’t let him take the easy way out. Tanga rushes into the ring with iron glove, punches Taichi in the head and lays Jado over him for the pinfall and the win.

“Come back, dickheads! We aren’t going anywhere,” says an angry Zack Sabre Jr. “You think you’re the best tag team in this company? What a load of bollocks. We’re the best tag team and even you morons know it. At Hiroshima, we get our belts titles back, we get the iron glove back and we finish G.O.D. once and for all.”

The Dangerous Tekkers face G.O.D. for the IWGP Heavyweight Tag Team Championships at New Beginning in Hiroshima on February 10th.

Road to THE NEW BEGINNING Night One Results 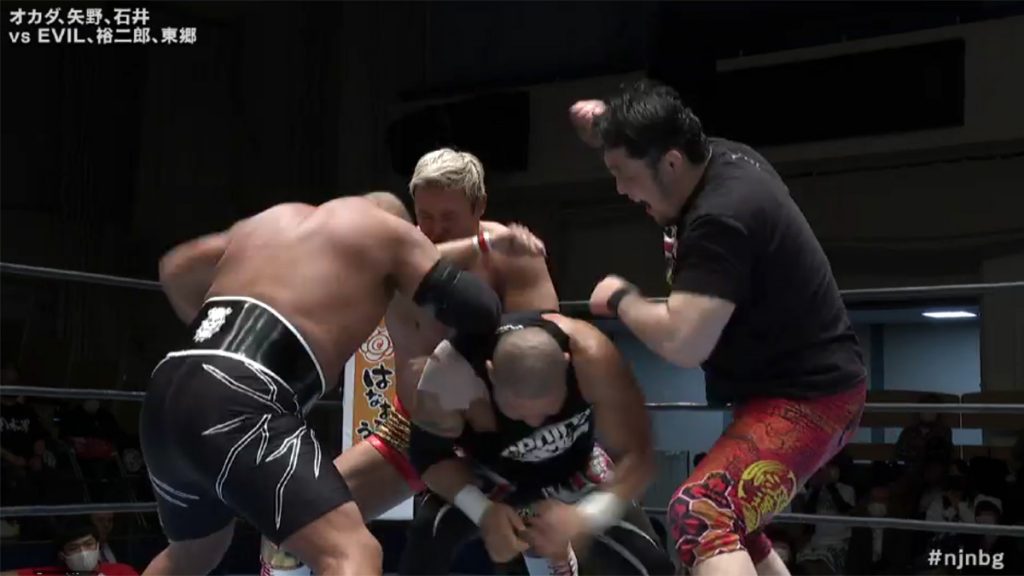 Dick Togo steals a page out of Yano’s book. He removes a turnbuckle pad and beats him with it. Yujiro beats Ishii with is pimp stick. Evil and Togo try to climb into the ring but Yano kicks the ropes which hits them in the…you-know-where. Okada gives Yujiro a neckbreaker. Ishii wins the match with a sliding lariat and his brain buster.