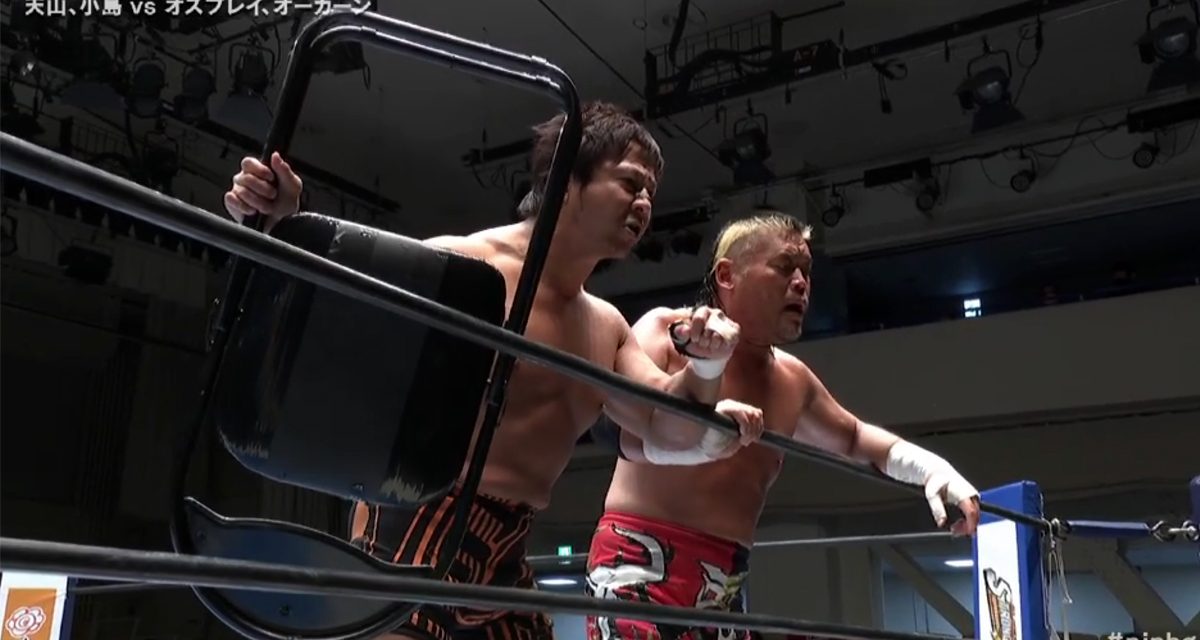 It will be a true miracle if Tencozy and Empire make it to their respective singles matches on January 30th in one piece.

On night six of Road to New Beginning the heat between the two factions burned out of control causing another match to be completely thrown out.

Heading to the ring a fuming Great-O-Khan knocked over, tore apart the ringside barricades and the stairs. He’s in a foul mood after being decimated last night. As the announcer tries to do his job Khan chases him out of the ring. He flees for his life.

“I am happy NOT to be in the ring with THOSE guys,” says El Phantasmo on commentary.

Satoshi Kojima and Hiroyoshi Tenzan want a street fight not a match. They have come to the ring with steel chairs in hand. Empire ducks out of the squared circle as quickly as they can.

As Tencozy is distracted by Khan and Ospreay, Bea Priestly sneaks into the ring and gives them a double punch to the “lower abdomen” from behind.

Empire brings the fight to the floor as everyone rumbles and nobody is paying attention to the official. He might as well take a seat at ringside and watch the carnage. Fed up with his interference Khan just catapults the official into the ringside barrier. Ospreay and Kojima stand toe-to-toe throwing punches. Tenzan and Khan strangle and maul each other.

Ospreay picks up the time keeper’s table and throws it over the ropes and into the ring. The official pleads with Ospreay to just wrestle not brawl. Ospreay’s response is to shove him back out of the ring.

“Do we even have a bell to start this match? I have no idea,” says a befuddled Kelly.

Kojima reverses Ospreay’s attempted powerbomb through the table into a Koji Cutter. Tencozy double-team Khan. The official finds himself tossed to the side once again, this time by Tenzan. Give that guy a raise, I say. I give him an ‘A+” for effort. Ospreay pulls Khan out of the ring before he can suffer a 3D through the table.

The battered and bruised official finally calls for the bell throwing the match out. Ospreay gets on the microphone challenging Kojima to make their match a No DQ bout on January 30th. Kojima agrees to the added stipulation.

At The New Beginning at Nagoya event Kojima will fight Ospreay and Tenzan battles Khan. 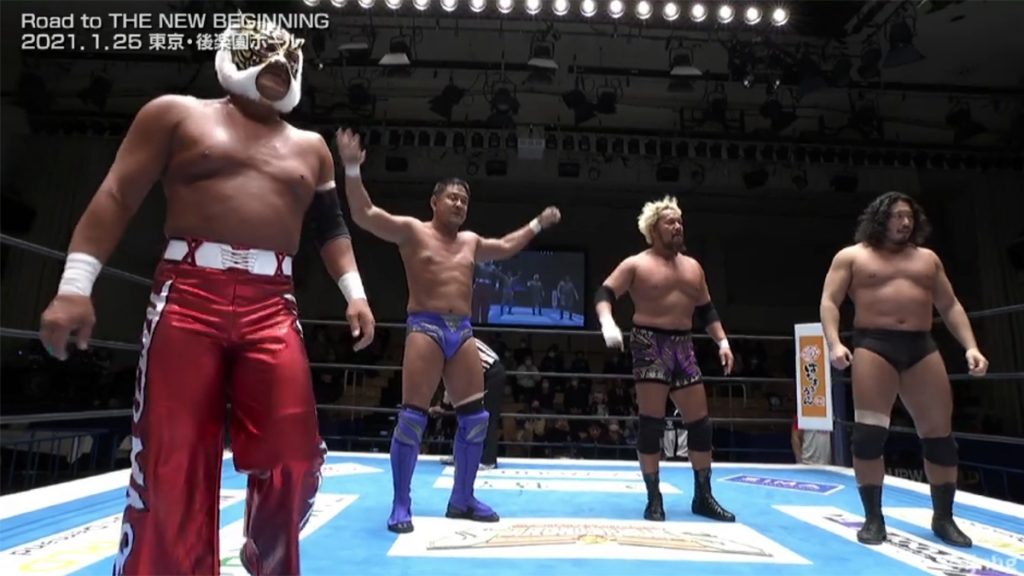 In the middle of the match, El Phantasmo joins Kevin Kelly on commentary. It is no biggie to ELP. Gedo has everything under control in the ring. Gedo puts on his brass knuckles but Tsuji tackles him sending them flying. Nagata slaps on the Nagata Lock. Phantasmo debates making the save. By the time he decides to lend a helping hand Gedo has tapped out. Whoops. “Hey, where did you go?” asks Gedo. Phantasmo rejoins Kelly insisting that the match should have been restarted because Kelly is the one who called Phantasmo over in the first place.

A pretty short match with Ishi putting Takahashi away with a brainbuster. 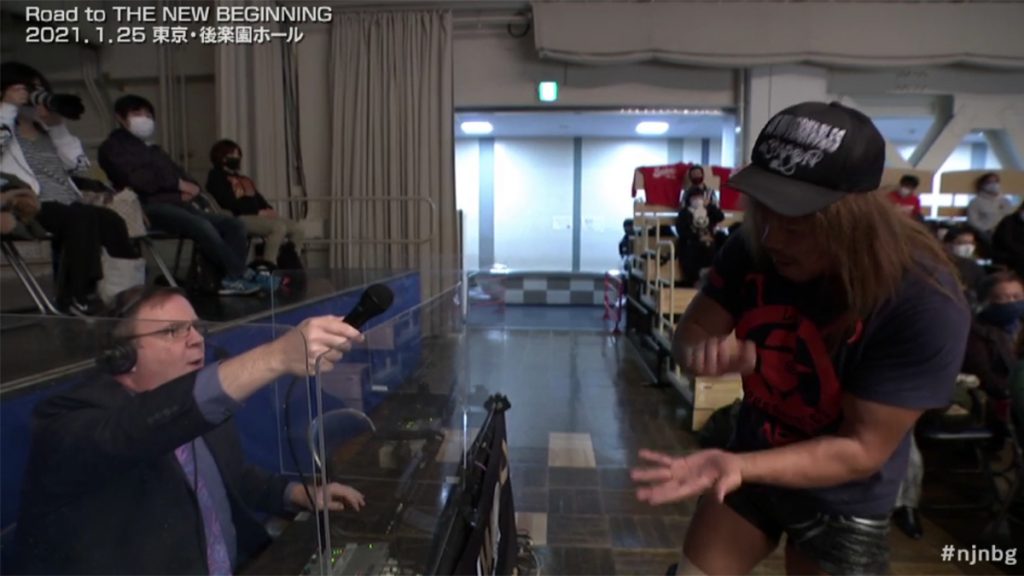 Naito demonstrates for Kevin Kelly how many times he pinned Honma. Courtesy: NJPW.

Naito stalls coming to the ring making Honma wait. He leisurely strolls around the backstage area. Once he finally gets to the ring he just casually leans against the ringside barrier. Naito demands that Young Lion Yota Tsuji hold the ropes open for him. Bushi saves Naito from being piledriven by Honma. Bushi dodges a kick by Wato. Wato nails Honma instead. Bushi’s Backcracker and Naito’s roll-up puts Honma way. Naito refuses to let go of the roll up. Red Shoes and Tsuji try to free Honma. Naito demands pinfall count after pinfall count. Bushi obliges. Naito pins Honma like four more times. Naito wants Red Shoes to lay down the count again and again. Red Shoes refuses. Bushi and Wato get into it. Naito argues with Honma and Kelly that he pinned him 25 times.

Kelly about Naito: “What an interesting gentleman.”

The clock runs out on this one.