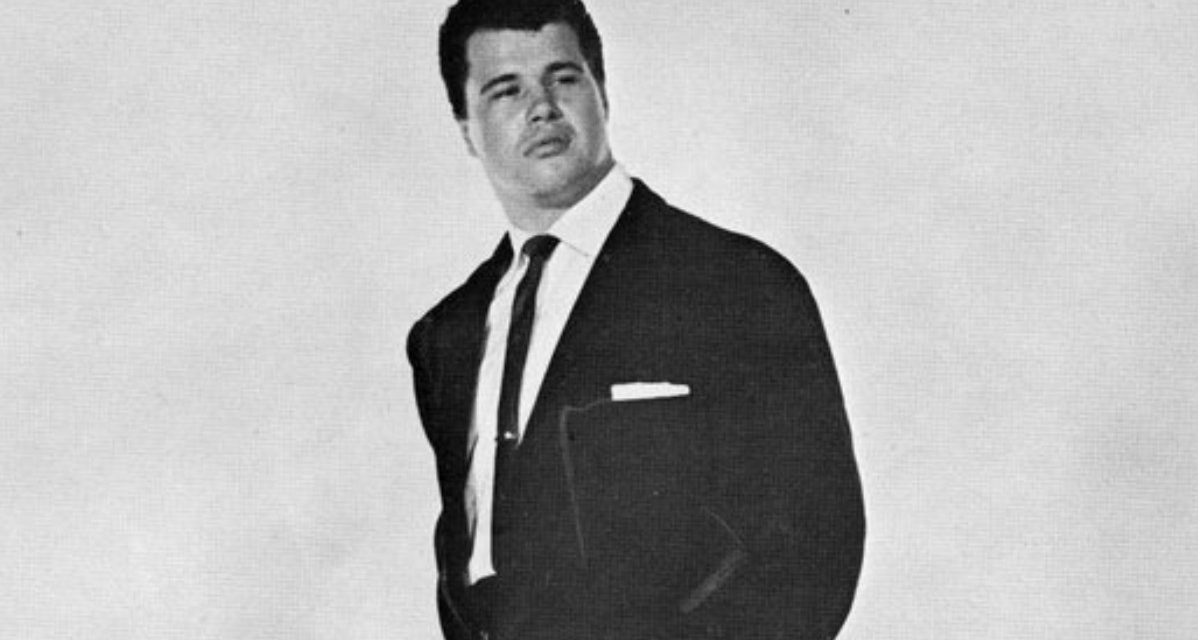 Bobby Davis was a mythical figure for so long with pro wrestling fans. He was the legendary manager of the even more legendary “Nature Boy” Buddy Rogers.

With his death today, January 6, 2021, at the age of 83, I found myself looking back to those recent times when he called … and I tried to make heads or tails of our conversations.

For those who aren’t familiar, Davis was one of those American Dream stories.

He grew up in Columbus, Ohio, and dropped out of Ohio State University to enter pro wrestling. He wasn’t big enough to make it as a wrestler, though he tried, so he became a manager. One charge was Don Juan the Magnificent, who later became the insanely talented — and insanely entertaining — Don Fargo.

But it was partnered with “Nature Boy” Buddy Rogers, as television took off, where Davis became known to wrestling fans.

And then he was gone. No legends shows, no reunions, conventions. (I had heard rumors that he’d been to a Cauliflower Alley Club reunion or two back when the dinners were in Los Angeles, but that was before my involvement … and I know the CAC recently wanted him to come out to be honored.)

There were rumors of him owning Wendy’s restaurants. Well, that was true. A pal in Columbus was Dave Thomas, who founded the chain. Then he sold those and got into real estate and investing.

Out of the blue, in the fall of 2018, Bill Apter slipped me a virtual note, saying to call Davis.

Wait, what? The Bobby Davis?

It was a trip, to say the least, to be talking to him. I had so many questions.

How about, where were you?

“Nobody could find me, I know, I know. At that time, I didn’t want to be found,” he told me. “I’m 80 now and I really enjoy talking to the fans and to the people like yourself that are interested in the sport. It’s changed a lot. They don’t wrestle any more.”

We’re privileged to have a proper life story coming from Rogers’ biographer Tim Hornbaker here at SlamWrestling.net, so I don’t need to go into all the details. Knowing Hornbaker’s thoroughness, it’ll be worth the wait. [Now live: Bobby Davis: A great manager, and an even greater friend]

But here’s a little about what those calls were like, if/when I could get Davis on the phone, which was not an easy feat.

He had a deep gravely voice, spoke loudly, and the phone volume was up enough that his wife would occasionally chime in. Davis wasn’t easy to understand, though, so my notes have some gaps where I wasn’t sure what he was talking about. The phone would cut out and he wouldn’t always call back, or be there when I called back. (Hornbaker thinks it was because he liked spending time with his wife more than talking on the phone, which I can respect.)

Again, so many questions.

Q: Did you meet Jim Londos?

Q: I heard you were pals with Merle Haggard.

A: I’ve been a huge country fan all my life, all my life, since I was big enough to tap my foot, my mother used to say. I play rhythm guitar and sing country, and I’ve written some stuff. I just found it very involved on an amateur level, I was very involved in the music business. So loving country the way I did, the first time I saw him perform was in Columbus, opening for Buck Owens. What a joke, because he was so superior to Buck. And, of course, at this point, I’d never met Buck. But Merle and I, I just sold him on the concept and he said, “Great.”

That concept? Buying into the Wendy’s franchises with him. At various points, Davis and Haggard co-owned more than a dozen stores.

Davis and I talked about writing a book about his life. Or I think we did. He’d been dictating his life story to his wife, Sylvia, but needed someone to really pull it all together. His explanation:

My wife, she’s always been a mark, other than what I would give her occasionally, and she said, “Bobby, there’s been so many books written, but none like you’re dictating to me.” I said, “Honey, what’s the difference?” She said, “You’re dictating what the people want to hear. You’re telling them about the guys in their daytime, nighttime, nightlife, wrestling and girls, and what they did all that, and nobody else knows that stuff because Buddy’s gone and both of the Graham brothers are dead, and Ricki Starr is dead and Gorilla is dead” — all the people that I brought to the east coast, I can’t think one that’s still living.

There was football talk, and we shared a love of the Cleveland Browns, though all his years in California owning the Wendy’s restaurants he let some Oakland Raiders love get into his blood, and Jack Tatum was his favorite player, ever.

We talked a little about his family, his three daughters, one son who lived close by their home 35 miles outside Houston, and another son who had passed away. He didn’t offer more, I didn’t ask.

But, looking back through my notes, the discussion on Thomas of Wendy’s seems a suitable ending, and not abrupt, like a storm knocking out the call.

Near the end of Thomas’ life, his old friend Davis went to visit; cancer would claim the entrepreneur within the week.

“He said, ‘Bobby, I would give every single thing that I own and every single penny that I have, for just one more day.’ That’s very heavy,” recalled Davis. “He was an outstanding person, very charismatic. He had a heart as big as Texas. He was as honest as you could imagine.”

Those words describe the Bobby Davis I knew, briefly, too.

Bobby Davis: A great manager, and an even greater friend