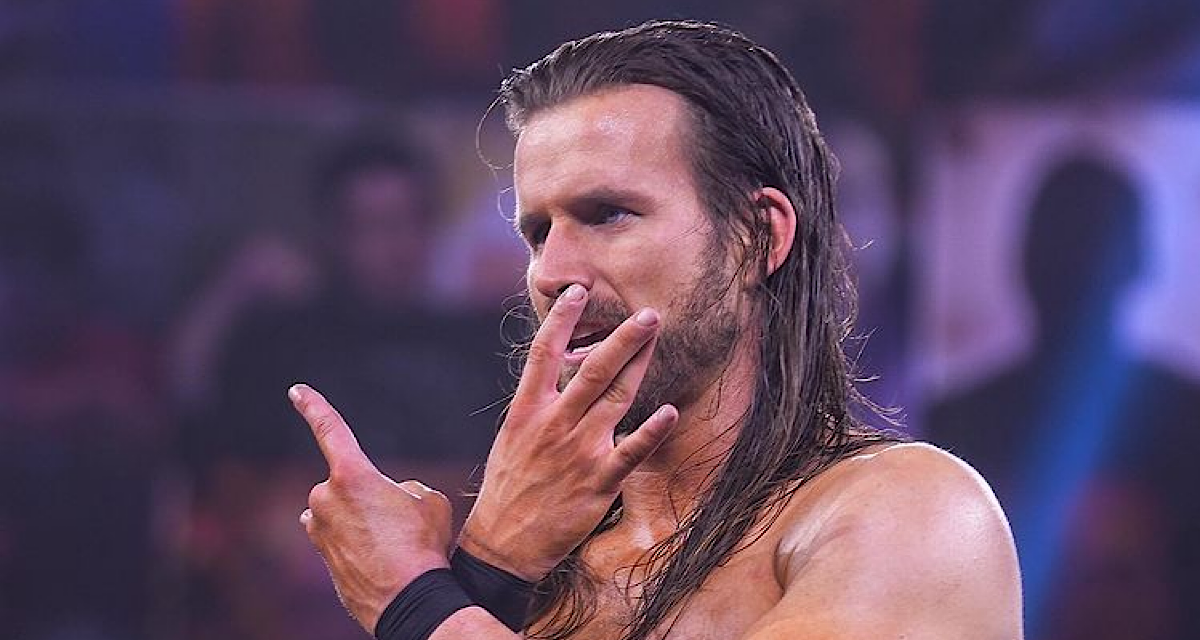 Preceding Christmas Eve and other holiday festivities, NXT showcased its Holiday Special complete with seasonal background images filling the LED walls of the Capitol Wrestling Center. Also screaming wrestling festivities are street fights! Although lacking the candy-cane kendos and Christmas presents, tonight’s episode opened with an exciting street fight for the NXT Tag Team Championships. Closing the show was Adam Cole and Velveteen Dream — a matchup prone to make any NXT fan happy for the holidays.

The challengers blindside the champions and immediately take out some hardware; NXT looks to grab the viewers’ attentions early it seems. Dain and Maverick control the opening half before the former runs into a ringside table preceding commercial. When the oddball couple takes their action seriously, Dain and Maverick aren’t too shabby. Maverick has always been a fantastic seller, although the belt whips he takes from Lorcan here are probably legit. After making the comeback for his team, Dain is pushed off the apron onto two previously set tables — except they don’t break, and he bounces off the wood. The WarGames cricket bat returns, and Burch strikes Maverick with it. The champs hit the double-team finisher for the victory.

The Way — Johnny Gargano, Candice Lerae, Austin Theory and Indi Hartwell — are celebrating Christmas early. Some cheesy Way puns are spewed; the mentioning of No Way Jose, and Theory’s Christmas present being Way protein powder. If anything, it’s very festive.

Hyping up the Finn Balor vs Kyle O’Reilly rematch on January 6, New Years Evil, is a sweet video package. Their NXT TakeOver 31 bout was voted as Slam Wrestling’s 2020 match of the year!

Anticipating the inevitable heel turn, Scott debuts some new entrance gear that comes across like Disney cosplay. Both competitors force some aggression with their lucha-hybrid styles, but nothing quite stands out. Scott lands the attempted Hurricanrana flip to Atlas’s dismay — very reminiscent of the viral Will Ospreay and Kota Ibushi clip, before Scott hits the JML Driver for the pinfall victory. He gloats afterwards, and Atlas refuses the arrogant handshake.

The Undisputed ERA’s Adam Cole and Roderick Strong discuss partner Kyle O’Reilly in a backstage interview. The Velveteen Dream interrupts and tries throwing a wrench into the faction. He’s met with Cole’s fist and gets left grounded.

Timothy Thatcher vents his issues with Tommaso Ciampa and goads him into interfering later tonight in a matchup with Leon Ruff.

Ripley takes control before Kai stomps her opponent’s arm into the apron. Ripley still overcomes with more power moves and catches the Inverted Cloverleaf as Raquel Gonzalez appears on-stage. Kai delivers the Kairopractor for two, and Ripley returns with the finishing Riptide for the pinfall victory. Officials rush the ring but prove ineffectual as Ripley and Gonzalez initiate the pull-apart brawl.

Back into the Gargano House, Johnny Wrestling gifts Indi Hartwell the prized nickname of Indi Wrestling. What a pop!

The continuation of Xia Li and Boa’s saga sees the latter tortured once again — poor Boa. These packages are insane, but in a good way.

Reed’s an absolute rock and manhandles his opponent in almost scary fashion. He quickly delivers the top-rope splash for the pinfall victory. Also, Reed debuts a mullet haircut that actually suits him pretty well. Despite looking better than ever, one has gotta believe that Reed’s an inevitable carrion for Karrion Kross. It’s bound to happen.

NXT Women’s Champion Io Shirai charges the ring, challenging Toni Storm after the aforementioned callout. The champion awaits the initiator, but from behind is Mercedes Martinez, back from escaping Monday Night Raw’s Retribution stable. Good on her!

Once again, welcome back into the Gargano House. This time, Candice LeRae opens her present: the remains of Shotzi Blackheart’s destroyed toy tank.

Lanky Thatcher tries keeping Ruff grounded, but the underdog shows defiance. The former regains control and sets a chair ringside for rival Tommaso Ciampa. The guest no-shows, Thatcher gets distracted and Ruff gets the sneaky rollup victory! Thatcher attempts a post-match beatdown, but finally out comes Ciampa. He leaves Thatcher downed and issues a challenge inside… the returning Fight Pit!

A vignette for Damian Priest shows him calling out Karrion Kross for New Years Evil. It’s unfortunate for Priest since he really can’t take another loss.

New Years Evil host Dexter Lumis is drawing his next masterpiece; this one reveals that Rhea Ripley and Raquel Gonzalez’s rematch will be contested in Last Man Standing match rules.

The competitors wrestle though some smooth back-and-forth, but Bivens commands the focus ringside, judging by his camera time. Rust delivers the incredible Rolling Neckbreaker and transitions into an armbar variant submission for the victory. Even during this short matchup, Rust impressed once again.

Leon Ruff is interviewed backstage after his upset victory; he confirms with General Manager William Regal a North American Championship rematch with Johnny Gargano next week.

It’s always great seeing two yellow-brand cornerstones main-eventing, especially since Cole hasn’t competed on NXT television recently. Dream’s character work is on-point as usual, cowering between the ropes and begging for mercy. Ringside, Pete Dunne attacks Strong and allows Dream to capitalize before commercial. Cole delivers a flurry and applies the Figure Four as Dream screams out, finally reaching the bottom rope. Dream then hits the Purple Rainmaker for two! They both counter each other’s finishers with Superkicks before Cole hits the Last Shot for the pinfall victory. Cole and Dream never dissapoint!

Easy-going episode with a nice flow, and definitely the better NXT show compared to prior weeks. Nothing really dragged on which allowed for a bunch of stories and names to shine tonight. Adam Cole and Velveteen Dream are always a treat!