Behind the Gimmick Table: From Austria comes Martn Pain 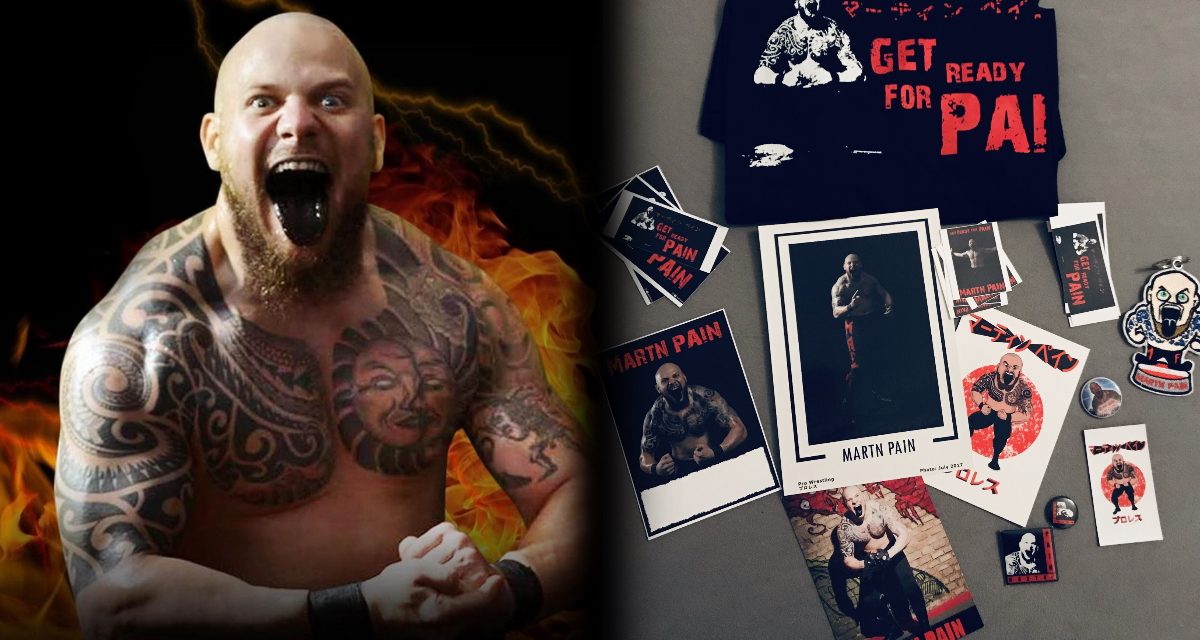 Martn Pain is one of the most well travelled wrestlers one may come across today. He is regularly booked throughout Europe, Asia and North America. But the native of Austria may not have even known of professional wrestling if not for the merchandising. 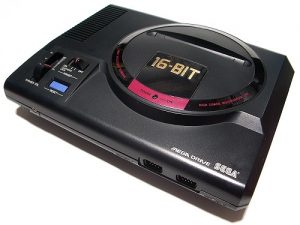 The SEGA MEGADRIVE. Known as The SEGA Genesis in North America.

Pain told SlamWrestling.net that when he first came across wrestling in the 1990s at four years old, it was as a gamer. “I got into it on SEGA MEGADRIVE. It was not that popular in Austria on TV. I loved those [WWF] games.”

As the ’90s progressed, so too would the availability of wrestling in Austria. Pain also happened upon other hard to find items by happenstance. “I was very lucky. We had a family member who was a big fan and sold us [his collection]. It was not easy to find wrestling stuff.” 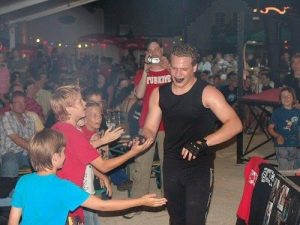 A rookie Martin Pain circa 200X.

Pain still has much of his childhood collection of Hasbro action figures and video games. He still collects those vintage video games today. “I still play the old games. The internet makes it easy to get a lot of those classics today.”

In 2006, at 14 years of age, Pain would take the plunge into pro wrestling. He joined a school in his hometown of Vienna called, appropriately enough, the Vienna Wrestling School. Today, the school still exists but has a less regionalized name, and World Underground Wrestling is an international brand. Pain himself followed suit. 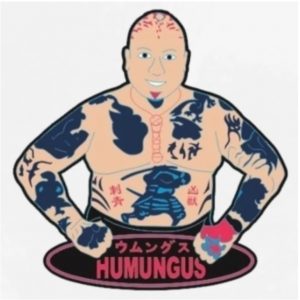 World Underground Wrestling is a unique yet simple concept. In its own words: “12 nation – 1 idea ! no ring – no pinfall – win only by submission or ko! founded 1.1.2012 from FugoFugo Yumeji and Humungus (http://www.undergroundwrestling.at/)” Having so many international chapters has been an advantage for Pain in his world tours.

In taking on the world of wrestling literally and figuratively, merchandise has been integral for Pain but it was not evident to him in the beginning. “The promoter made my merch at first. Photos and autograph cards,” he said. 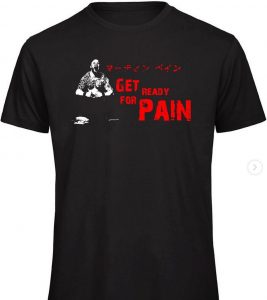 It is only in the past five years that Pain has really gotten serious about his merch game. He now designs his own promotional material and is inspired by the era of wrestling that first captivated him. “I look at old WWF shirts. I like that stuff.”

But the merch economy of Austria would not prepare him for what to expect in all his travels abroad. “In Austria sometimes you will sell three or four shirts. Or zero.” 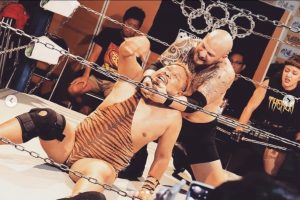 Pain’s international gimmick table experiences would prove to be more fruitful. He described some of these takeaways. “On my first [Canadian Wrestling Elite] Canadian tour I made a big mistake. I didn’t know I’d need so many big (XL-XXXL) shirts. In Japan I always sell out. When the fans there buy your stuff they immediately put it on and wear it with pride.”

Pain’s jet-setting would land him nearly 200 matches in 2019. The current pandemic has him closing out 2020 having wrestled a mere six. Despite this Pain has kept busy. 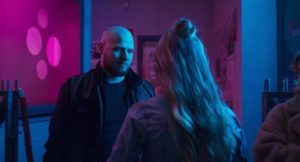 When he isn’t wrestling Pain works as a security guard in a psychiatric hospital. During the pandemic his services have been integral. He also moonlights in TV and film.

Pain first got into the industry through a stage play. His pro wrestling tempered, tattooed and menacing demeanor has proven to be an asset in the venture from the beginning. “They were looking for a fight scene. Through that I became more and more [involved] in the art industry. Most of the time I have to play as a big bad guy.” 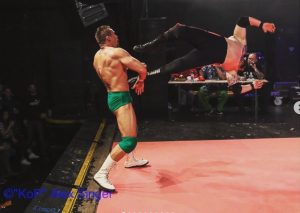