Behind the Gimmick Table: Inked-up Blaxstrom is the draw 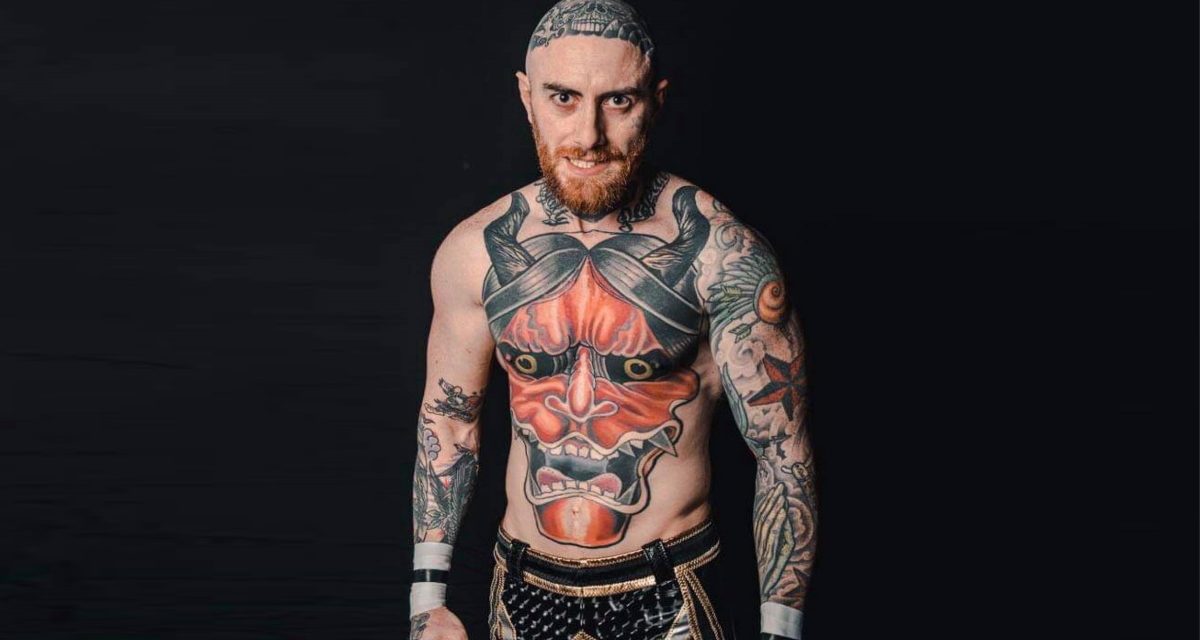 Blaxstrom’s appearance is striking in and out of the ring. His tattoos send a message and are important in suggesting depth for his persona. They are marketable and a strong gimmick. They are however not a “gimmick” in the sense that he was tattooed when he thought being a wrestler was not a possibility in his life.

He has always been a wrestling fan, “As far back as I can remember my mom and her dad, my grandpa, both watched wrestling way way back,” Blaxstrom said. “I got the Hasbro figures [when] I was probably five years old. I didn’t really collect, but had the guys I liked or the guys that were interesting.”

Wrestling would remain his number one interest until his pre-teen years but he was well rounded. “I had a little interest in all sports growing up. I liked baseball, and hockey cards. I played lots of sports when I was a kid, too,”

Aside from athletics, the seeds of his future of tattooing were sowed in his childhood as well. “I loved Spider-Man as a kid and I would just try to draw Spider-Man all the time and colouring and stuff like that was always fun. I was never good at drawing people but I would always try.”

Although his attraction to wrestling would wane, the interest he replaced it with would set the stage for the confluence to come. “Around when WWF had its dip in that era in the ’90s, I also stopped watching completely. I kinda grew out of it… I got into punk rock at a really young age at 10. At that age punk rock is kinda cooler than Hulk Hogan. When I tuned into it randomly at 12, it looked [different] like chaos. It was so cool.” He had stumbled into the beginnings of the Attitude Era. 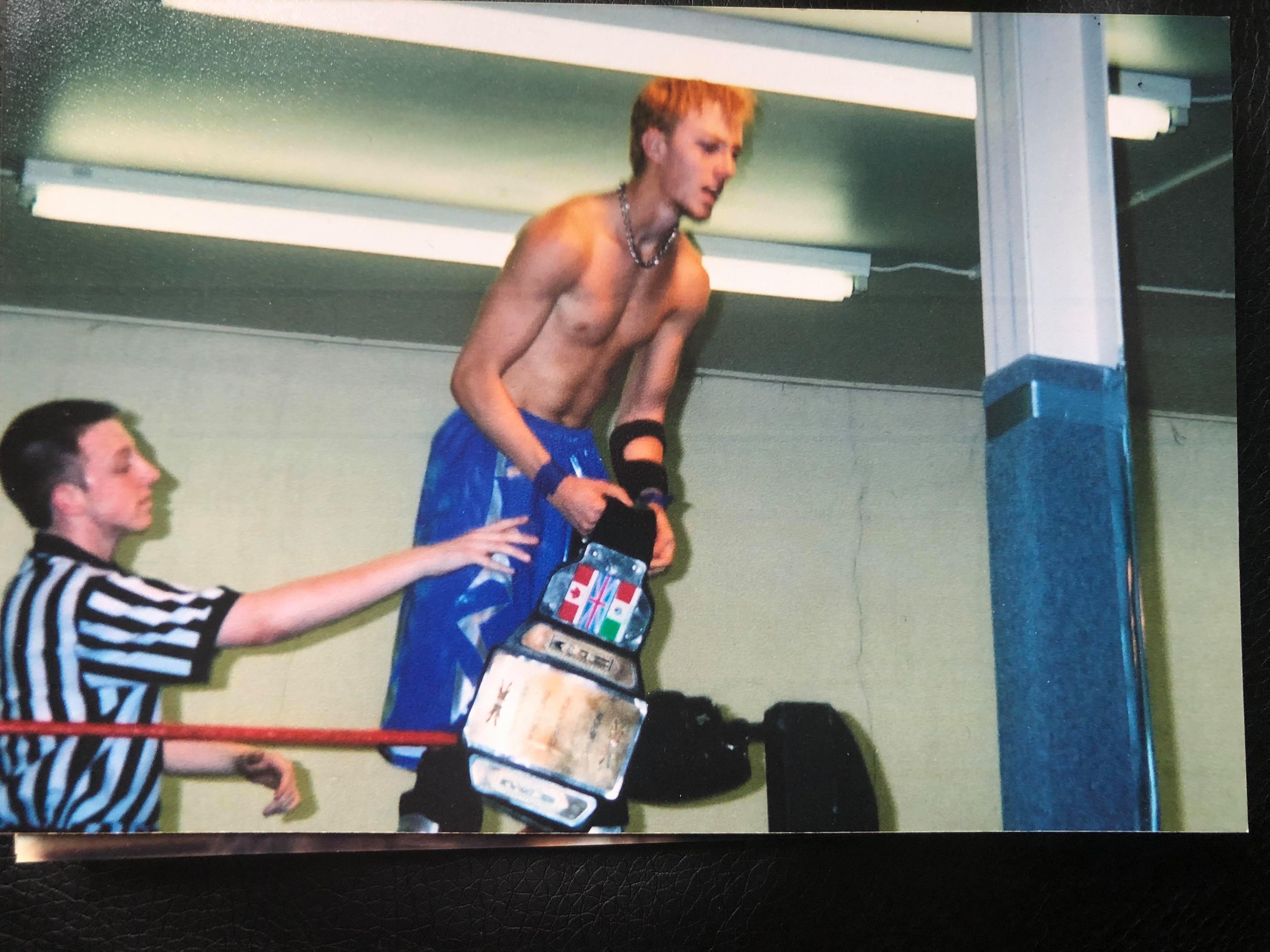 Blaxstrom in his rookie year as Dylan Black

At the age of 14 is when Blaxstrom started his professional wrestling training. “I was wrestling for two years and I got my first tattoo. I was hanging out with some other wrestlers who were a little older and they got tattoos and I was just like, that’s cool, and the guys in my fav bands were tattooed up.”

The Mahwah, New Jersey, native began his in-ring career in 2001 with IWF New Jersey. He would continue to train in 2003 with CHIKARA until his career ended prematurely after only five years because of a Crohn’s disease diagnosis. It was then that he got serious about tattooing.

“I got a sleeve done and it was mesmerizing to me. I was in my early twenties when I really started thinking that would be a really cool job to do. [At 17] I was working in tattoo shops but I wasn’t tattooing yet.”

Although he had no formal training in art, Blaxstrom honed his craft seriously. At the age of 24, after paying his dues in the industry, he became a tattoo artist himself. “Tattooing has parallels to pro wrestling in respecting and protecting the business.” 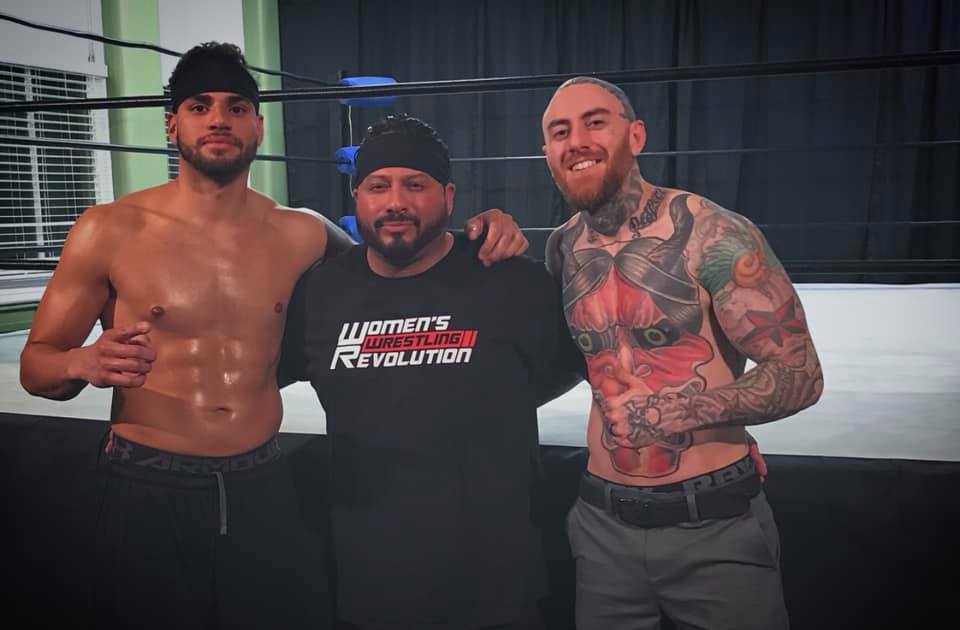 Blaxstrom (right) with his coach Damian Adams (centre) and another student.

Years later, after tattooing full-time for years, Blaxstrom was once again cleared to try his hand at competing in the squared circle. It was thanks to medical marijuana that Crohn’s was put into remission. He took up wrestling again this time under the tutelage of Damian Adams. Upon his return, his tattooing would prove to be a gimmick table asset. 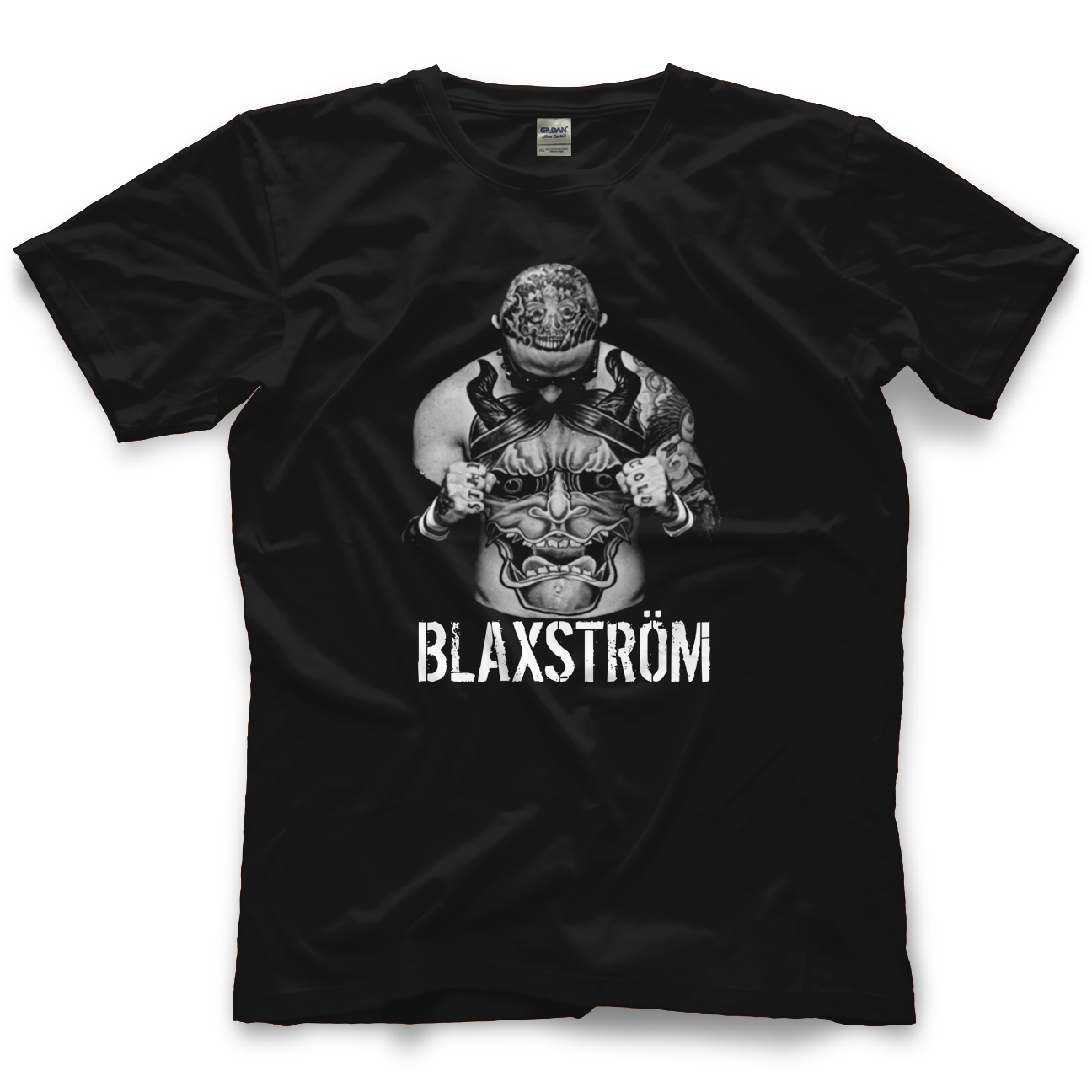 For a pro wrestler, it is important to leave the fans with an impression. Blaxstrom’s appearance is unusual from top to bottom, literally and figuratively. His head is bald and tattooed, his eyes are piercing, and the massive face encompassing the entirety of his torso is as fearsome as it is surreal. “That’s one of my points of interest with fans. They remember the demon face.”  For merchandise, he has stuck to the basics thus far: T-shirts and 8×10 photos.

But attracting people to his table to sell is easy. “People like to take pictures with me because it’s something they  don’t see everyday, someone who looks like me.” 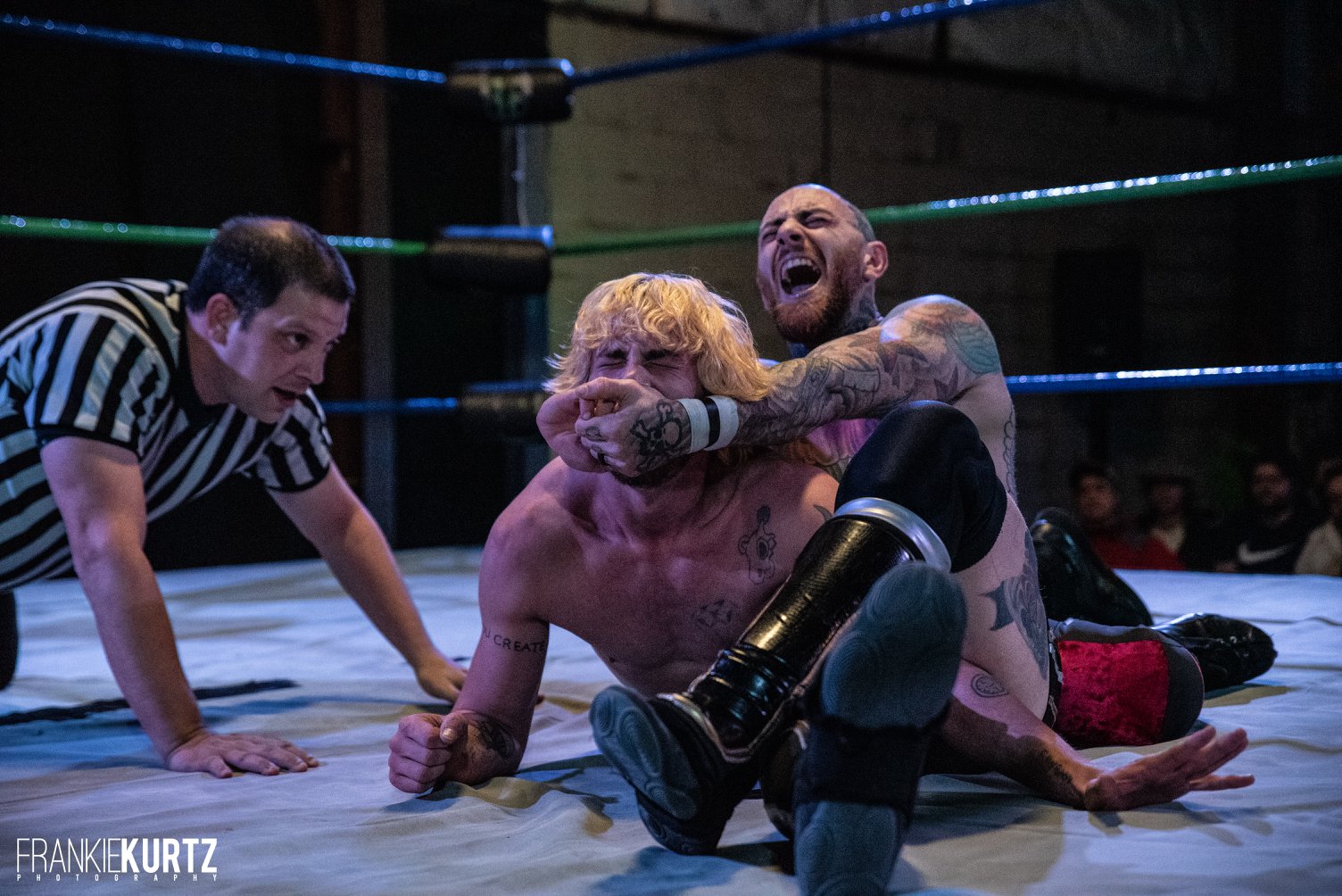 Although his tattoos are emphasized on his shirts and photos, he intends to expand. “I should have more merch pertaining to stuff like that. I want to get little temporary tattoos but I’ve had trouble finding a place that makes custom ones at a good price.”