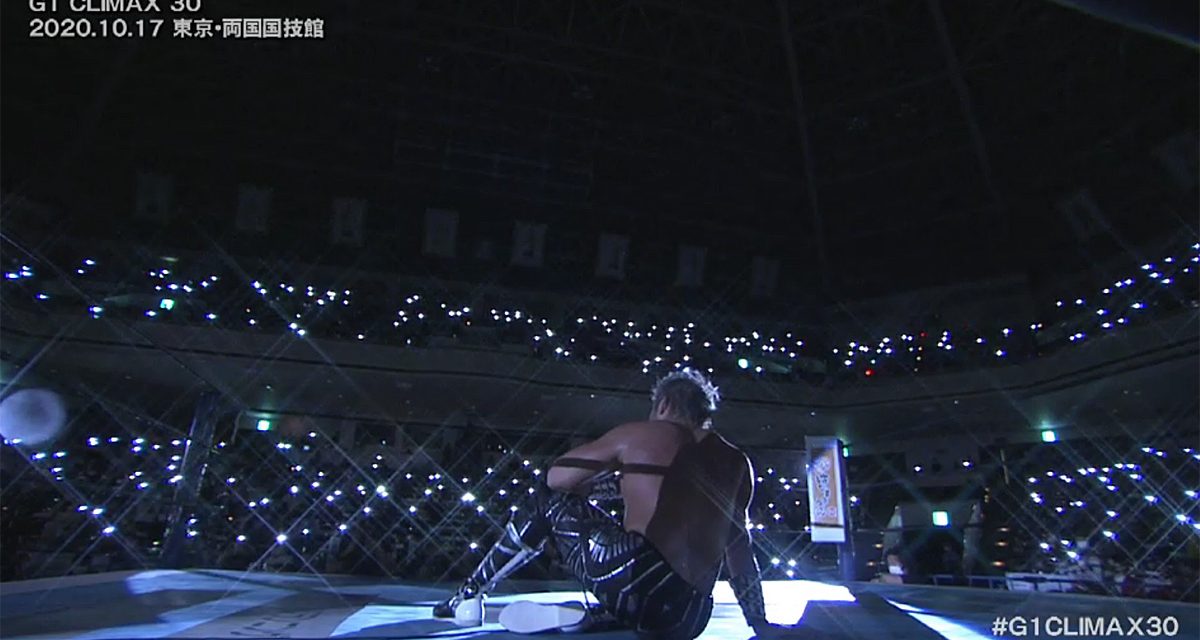 Tomorrow it will be Sanada versus Kota Ibushi for the G1 Climax crown. Sanada defeating his former Los Ingobernables de Japon tag team partner Evil and Naito losing to Kenta secured the B Block win for Sanada tonight.

Sanada actually had Evil beat with two moonsaults from the top rope but Dick “Spoiler” Togo pulled referee Red Shoes out of the ring before he could count three. Togo then hit Sanada with a steel chair and beat on him. To add insult to injury Togo and Evil hit Sanada with the Magic Killer. 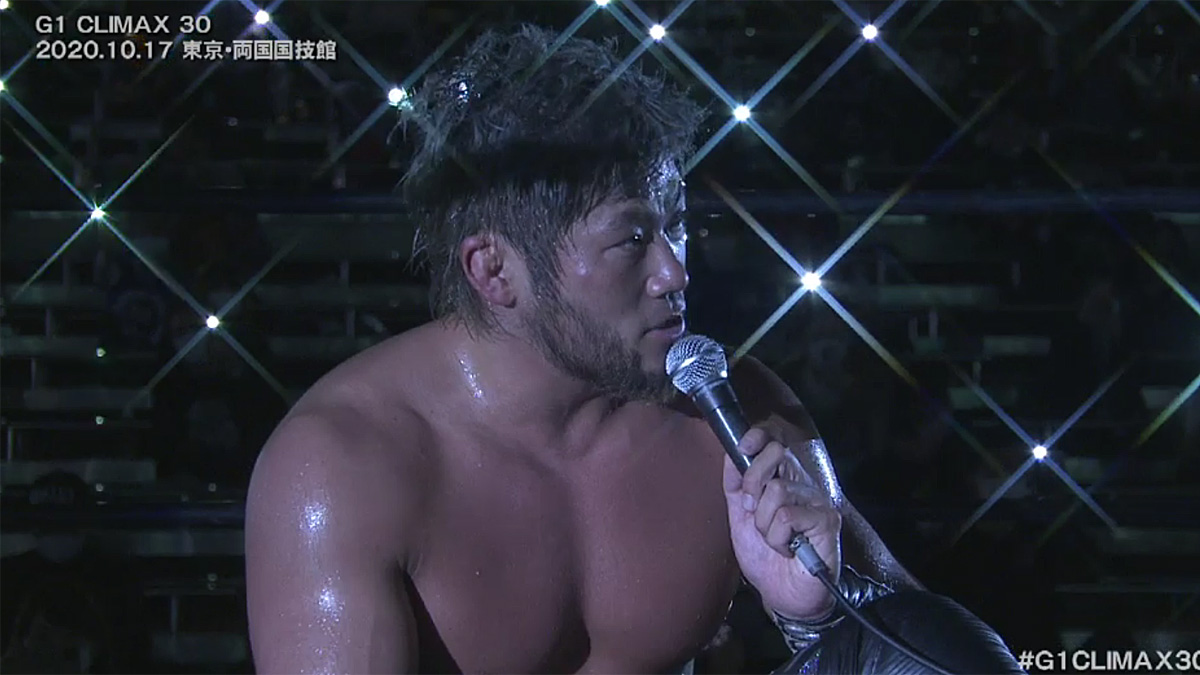 Sanada’s LIJ pal Hiromu Takahashi left his commentary position to even the odds. He super kicked Togo in the face but Evil clobbered him with a low-blow. Hiromu was the next victim of a Magic Killer from Togo and Evil.

Evil slapped Red Shoes awake as Togo choked out Sanada behind his back. Hiromu blasted Togo with another super kick. Sanada side-stepped a charge from Evil. Evil collided with Togo sending him flying off the apron. Sanada rolled up Evil to win B Block. 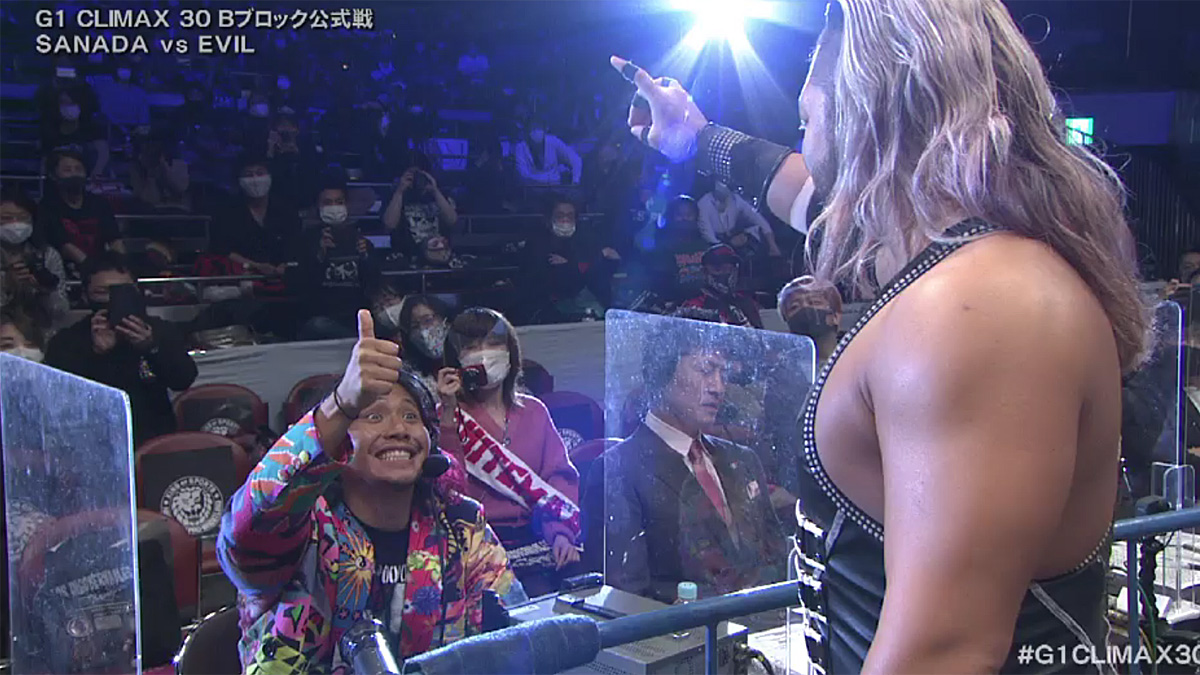 Elated that Evil had been beaten the crowd in Ryōgoku Sumo Hall pulled out their cell phones lighting up the arena in tribute to Sanada.

“Thank you for all of the support you have given me. Sanada’s name will be etched in G1 Climax history!” said a grateful Sanada. 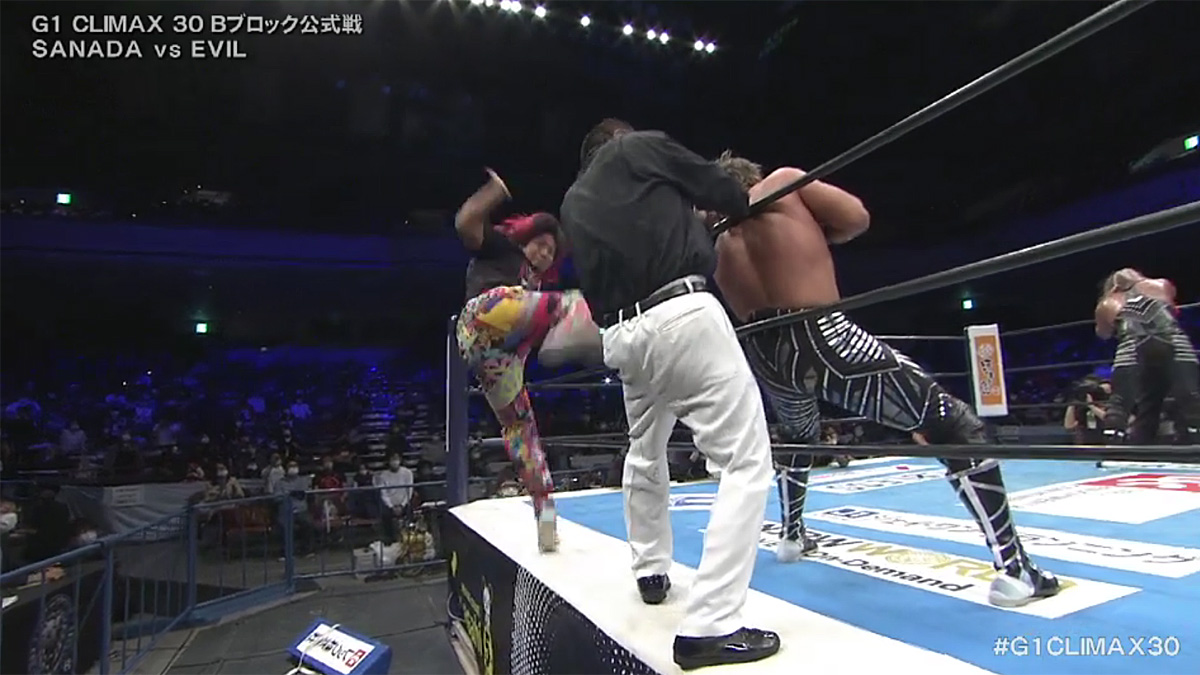 Kidd picks up a win with a butterfly suplex. 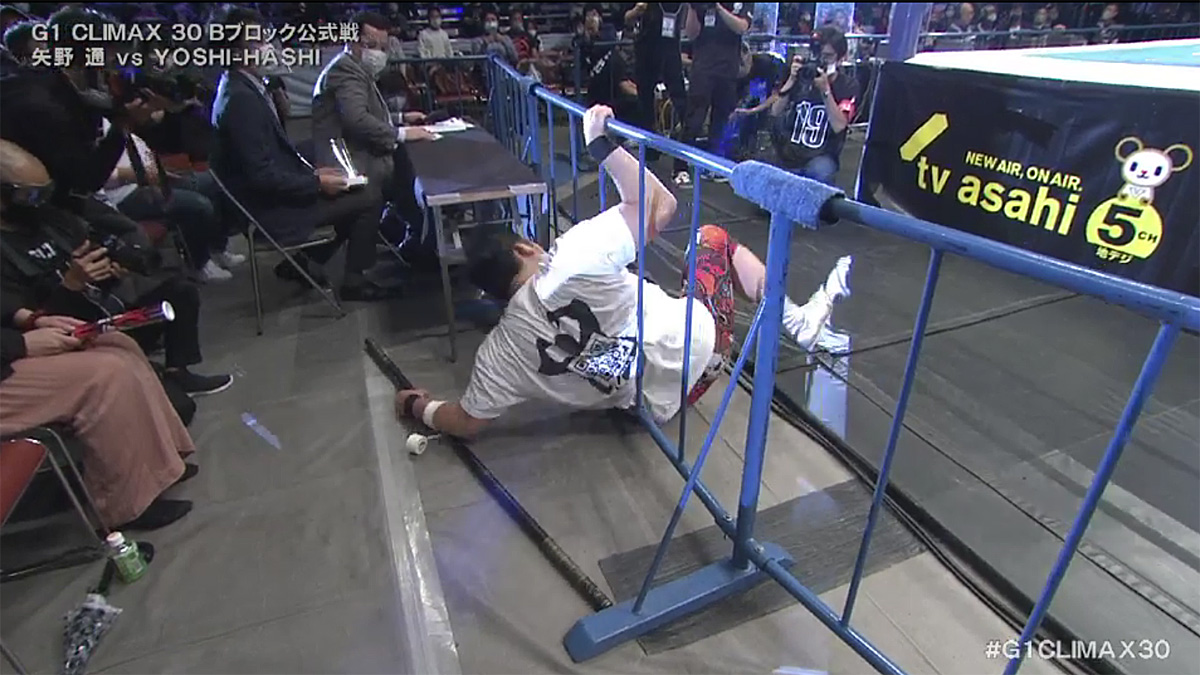 Yano finds himself in a bit of a jam. Courtesy: NJPW.

Yoshi searches Yano and finds rolls of athletic tape hidden about his person. Yano surrenders three or four more of them. Yano unties a turnbuckle pad but Yoshi takes it and wallops Yano with it as the official lays stunned on the mat. Yoshi tapes Yano to his staff through the ringside barrier. He makes it back into the ring at eighteen. Yano attempts a low-blow but Yoshi rolls him up for the pin instead.

Tanahashi blocks a kick and clips Sabre Jr. with a Sling Blade. Sabre Jr. counters Aces High but The Ace rolls him up for the 1, 2, 3. 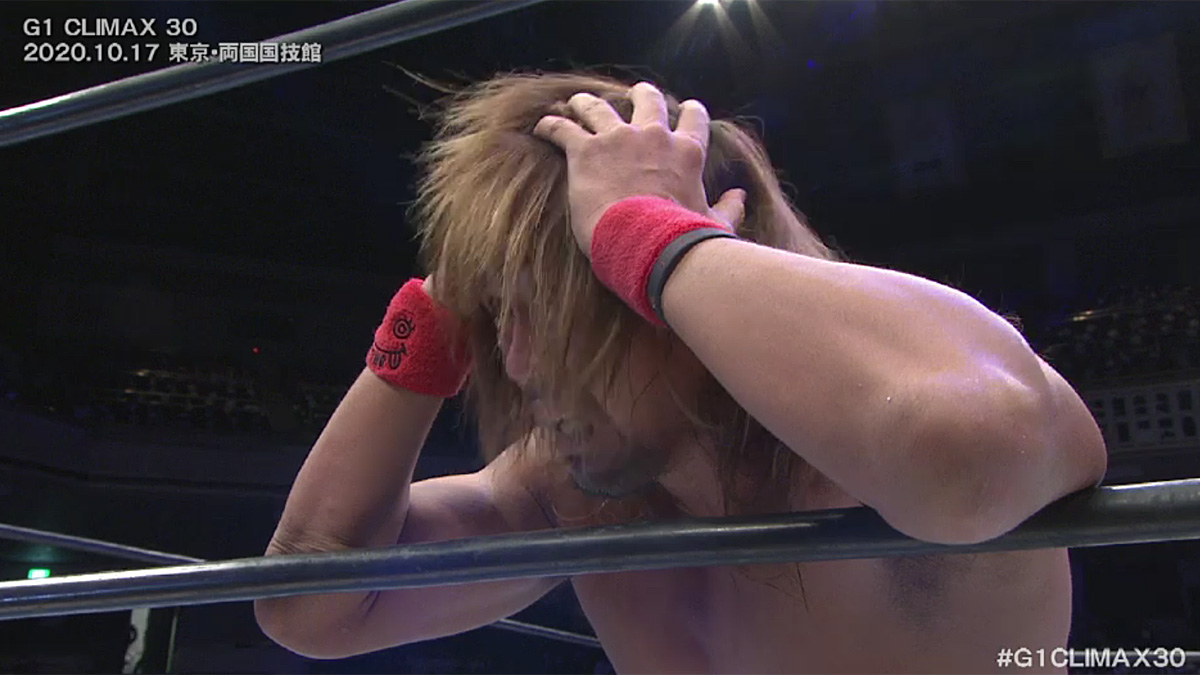 Naito is stunned he is out of the tournament. Courtesy: NJPW.

Kenta smashes Naito in the skull with is briefcase. Kenta counters a Destino to win the match.