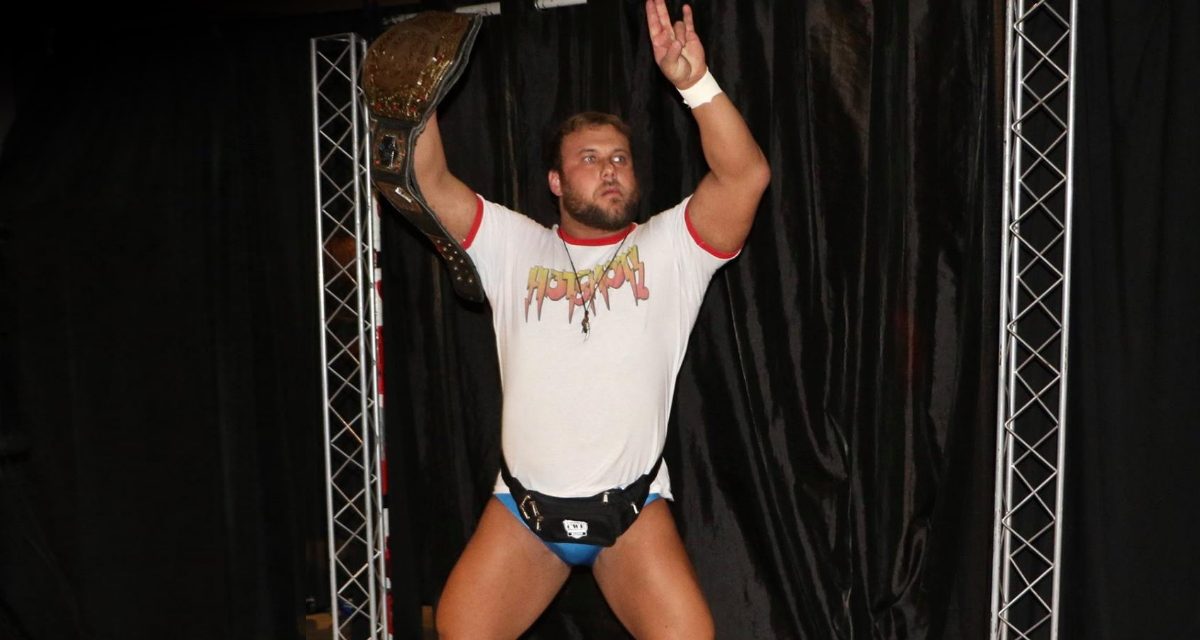 There are few wrestling promotions that run as many shows per year as Canadian Wrestling’s Elite. Its tours can start in Winnipeg, Manitoba, go west to British Columbia, and end back in Ontario, after 30 events in 30 grueling days, crossing the western part of the country. The man crazy enough to do attempt these epic tours is Danny Warren — wrestler Danny Duggan — and he couldn’t do it without merchandise.

Duggan’s parents say wrestling was an all consuming obsession as a child, and he admits that it was true. But Duggan says as far as other genres like superheroes or science-fiction, he has “no time for those jobbers or fake fantasy stuff.”

Wearing both the promoter and wrestler hat, wrestling has consumed his life more every day as he expands CWE yearly, now including a training facility.

Duggan recalls he was “big into renting wrestling tapes, I didn’t come from a family with a lot of money so I had two tapes I watched. But every couple of weeks I could go through the video store inventory for a rental. I was also collecting magazines at the time. It was more in my price range as a kid.” 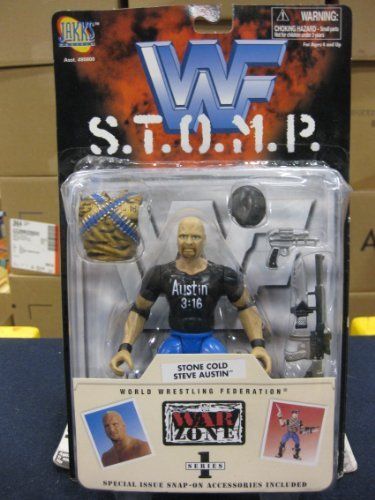 Not to be swayed by the complications of adolescence as many are, Duggan told SlamWrestling that his collecting habits never wavered. “My first figures were LJNs until the Hasbros came along. Then with the Jakks ones, I was little older and and was able to collect them myself and could make the trips down to Walmart to get them. They were a whole new world. The LJNs and Hasbros were rigid and are popular now with adults for nostalgia but when it came to functionality there’s no touching those Jakks ones. Even some of the Mattel now don’t hold a candle to how good the Jakks were.”

As he matured from childhood so too did his playing habits. “When I was five, six years old, I’d book the territory at the park, in the yard. It was more like a spot show as things came along. The first time I remember booking and trying to put on a show was 10, 12 years old with the Jakks series. The first gimmick character I got was the STOMP. They came with all this gear and gimmicks and gave me more in my toolbox.”

But when the obsession consumed him enough to take the first step in becoming a wrestler he now realizes “it wasn’t for a couple years until it clicked how important merch was. It was rare that someone [local] had an 8×10 or a T shirt on the table. Either no one clued them in or they didn’t have the finances. Only wrestlers from other territories had them but I never put two and two together. It wasn’t until six years later that the light bulb clicked that I could make $200 [more] a weekend.” 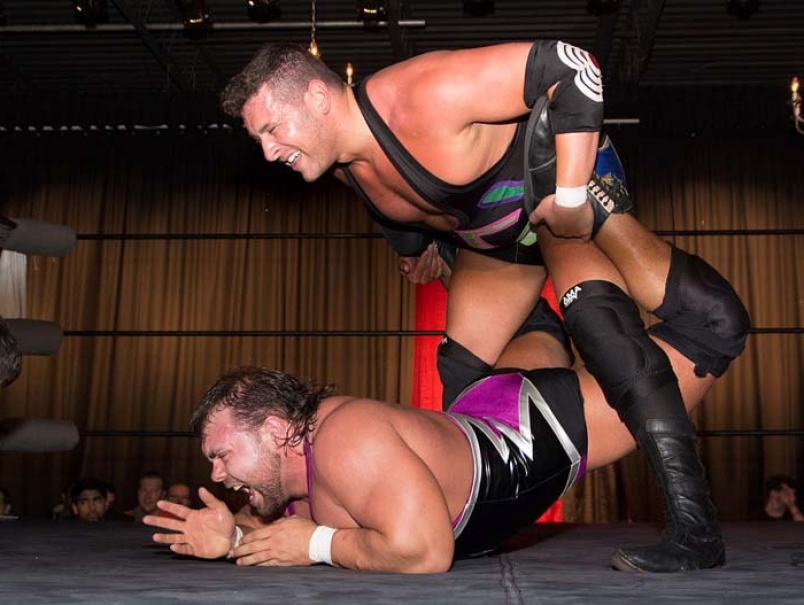 The key to advancing in wrestling skills is to travel and wrestle others from elsewhere in front of different fans. Duggan turned it around, booking big name wrestlers in his territory to learn from them and make connections. CWE has hosted young Japanese stars, veterans from Europe, Ring of Honor headliners, all attracted by the idea of wrestling day after day for the same company, a rarity these days.

Duggan did not just learn from them in the ring, but also at the merch table. Colt Cabana stands out. “Seeing him set up an entire gimmick store at these events. It wasn’t just Colt Cabana merch… he had different WWE gimmicks… When I went home, I ordered lucha masks and WWE merch.” 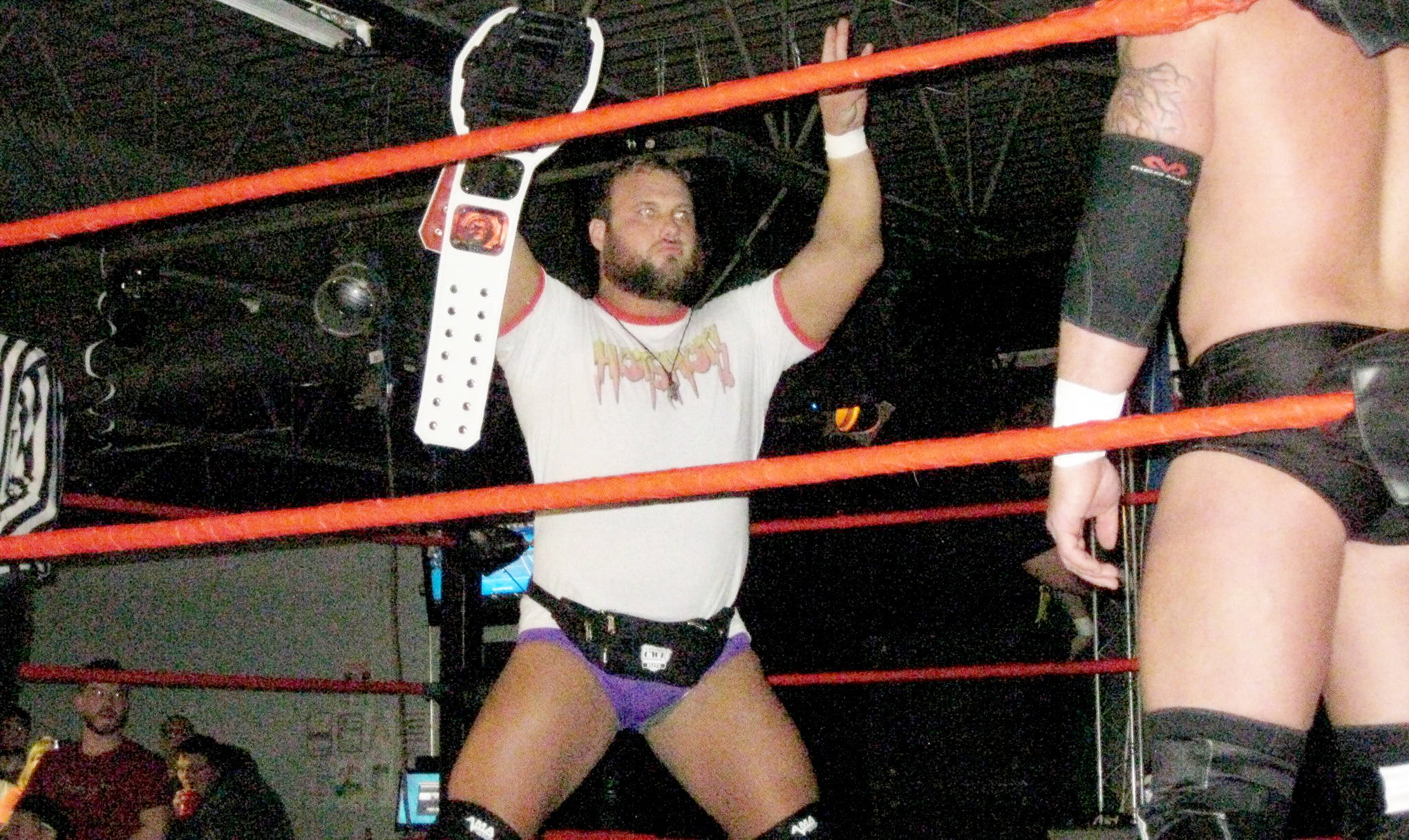 Bolstering event revenue with the sales of this wide array of merch would be integral to expanding Duggan’s CWE tours. He also maintained his own merch and his most successful items came once he started transforming his gimmick to an 1980s throwback tribute. “Ten years ago [throwback] was a bad word and shunned upon. But I didn’t want people to forget about the ’80s wrestling era. The tribute gear and T-shirts let people support me and by extension those from the past.”

Nostalgia also had Duggan book top name wrestlers from the past for CWE, including Nikita Koloff, Brutus Beefcake, and Jake Roberts. One occasion in particular stands out to him. “Scott Steiner has a rep as a loose cannon and people are afraid he could tear their head off and it’s completely true.” 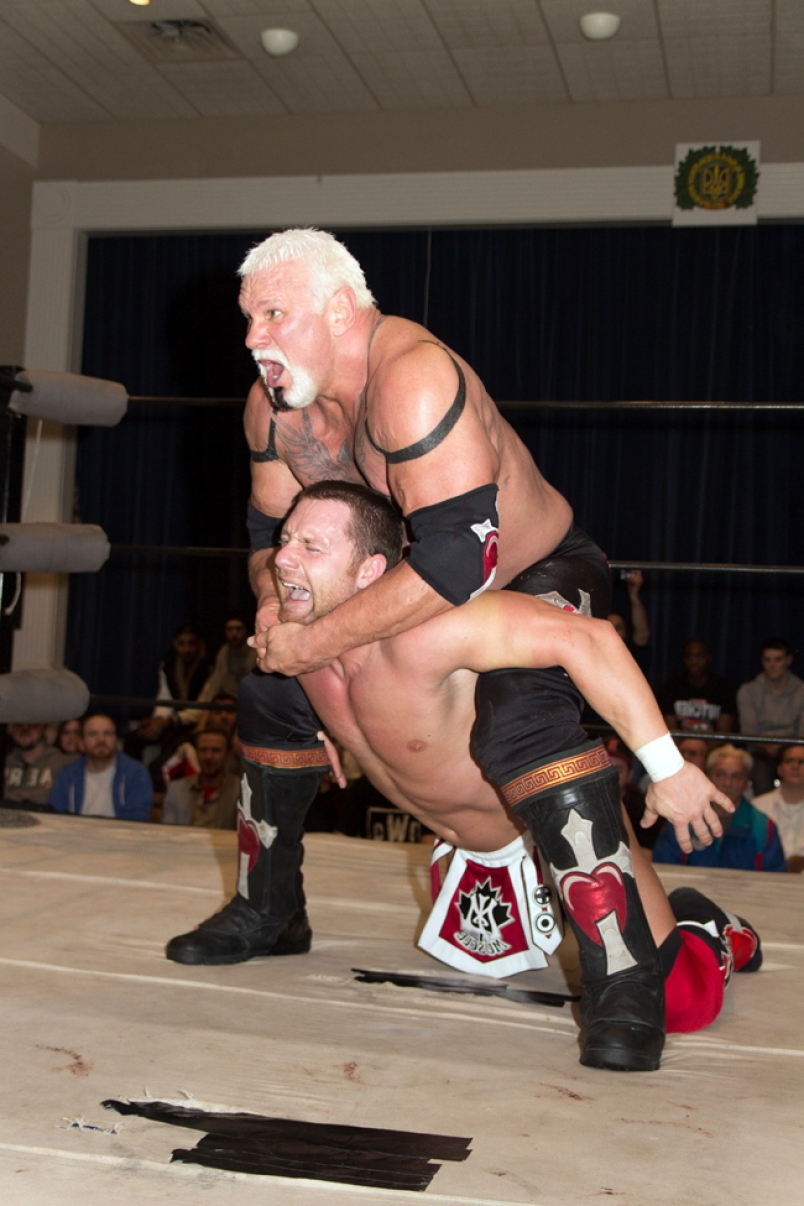 A tour with Steiner was Duggan’s biggest financial commitment for a headliner but he claims he “knew it would pay off. We had a deal that he would hold onto his T-shirts and 8x10s and I kept the pictures in the ring or vice versa to offset the big guarantee. So we are doing well on a couple of shows. On show three he waves me to a small closed room, I take a deep breath, I figure my day has finally come. He’s like, ‘What’s going on? I haven’t received my picture money the last few days.’ I explained the deal and he asked if I was sure. I wouldn’t have been able to have him there otherwise. I was waiting for the axe to come down. Thankfully, the next day he said, ‘I checked my messages everything’s good.’”

The current pandemic has kept Duggan grounded in Winnipeg, running shows with limited attendance and social distancing enforced. But there have been no tours, especially because the rules vary from province to province, and are constantly change.

Duggan’s bins of merch have served him well online. “We got on eBay and for four to five months our business was the best it ever was. [Maybe] people were at home bored? I don’t know if they had [the Canadian COVID-19 relief] CERB cheques to spend, but I was at the post office every day.” 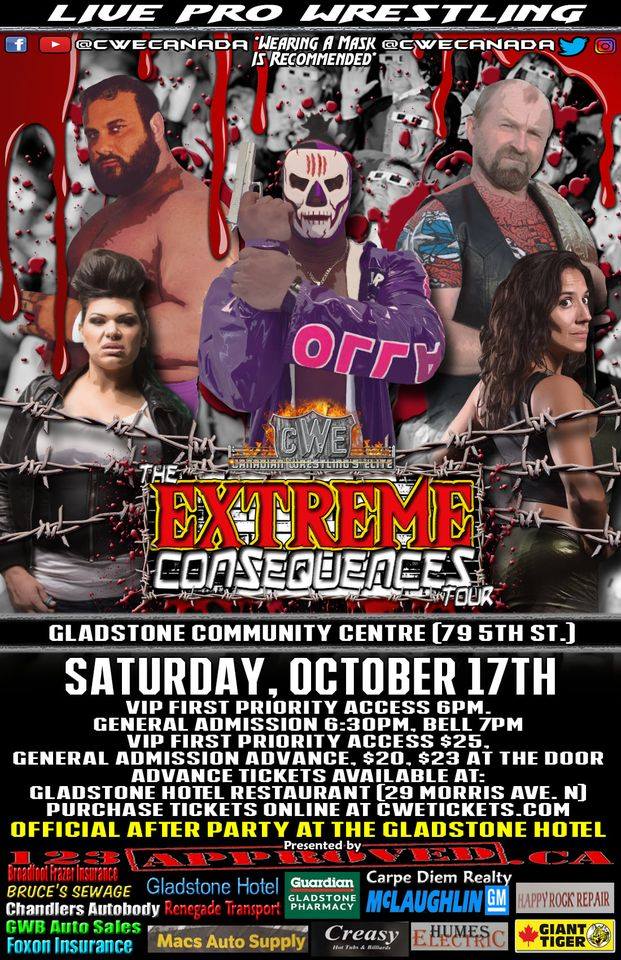 Poster for an upcoming CWE event later this month

The restrictions in Manitoba are reasonable enough for CWE to run regular shows. Duggan is starting to thinking bigger again.

“It’s going really well in Manitoba and Alberta we are allowed 100 fans, we’ve sold out nearly every show,” he said. “People are excited to come out and see wrestling and there’s a demand now that there’s an attendance cap. It’s created a mystique again for wrestling.”

The next CWE tour has events planned in three provinces with no shows allowed so we don’t want to have to alter another Canadian tour or it would be heartbreaking.”