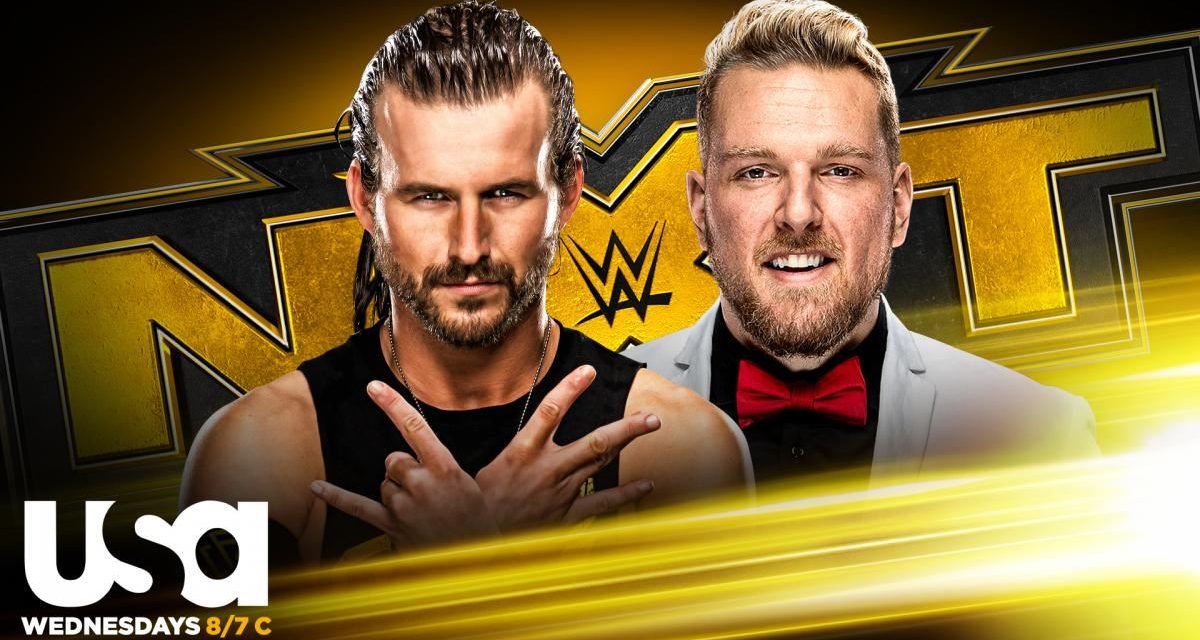 There is never a lack of enthusiasm for the latest installment of the NXT TakeOver show of the moment when Paul Levesque does his regular media conference calls. As predictable as it may be, it’s also usually deserved.

“You know, it’s hard to believe that the first TakeOver was May 29 of 2014 from Full Sail. Ironically, here we are back again at Full Sail. But in the meantime, we’ve done major arenas, sold out across the board, from Brooklyn to London to major events in Japan and everywhere else,” said Levesque. “It’s been amazing to see that growth since the very beginning.”

Six matches have been announced for the card:

Four of the bouts drew most of the talk from Levesque.

As in previous conference calls, he praised Io Shirai — “one of the if not the best in-ring female performers in the world right now.” He’s decidedly a fan. “She’s always had that ability and she’s really kind of sort of coming to her own character-wise and everything else.” As for Shirai’s opponent, “with Dakota Kai, she really in the last year has, I think, opened up a lot of eyes to how good she actually is.”

Two of the participants in the North American Championship ladder match hadn’t been decided at the time of the call — Gargano beat Ridge Holland and Velveteen Dream beat Finn Bálor on NXT on Wednesday night — so Levesque talked about the other three competitors.

He said that Damian Priest, Bronson Reed and Cameron Grimes are “guys that are really coming into their own and establishing themselves as that next wave of talent, and that’s what NXT is always about — it’s always that next wave of talent that’s right around the corner.” Later in the call, an Australian reporter asked for more about the 31-year-old Bronson Reed, who is from Adelaide, South Australia, and Levesque was happy to oblige.

“He’s not the prototypical look,” raved Levesque on the 5-foot-11, 330-pound Reed. “He’s really come into his own in this brand recently … He’s a game changing talent in a lot of ways and I can’t say enough good stuff about him…. The sky’s the limit.”

To Levesque, the NXT title bout “has that big fight buzz aura.” He said that champion Keith Lee “has all the momentum in the world.” He is facing Karrion Kross. “The aura around this one to me is on par with anything we’ve ever done and the anticipation is high.”

It is rare for Levesque to reference competing promotions, but he did acknowledge that he had seen Kross compete elsewhere. “To me, when I’ve seen him in other places, even just in bits and pieces, where you weren’t seeing the deep dive into who or what he was … you were really just seeing him performing. But you could sense that X factor in that character. To me, that’s still king, no matter what anybody says about any other aspect of the business. Charisma and that X Factor is king for any talent. He has that and then some.”

Kross, after stints in Lucha Underground and Impact Wrestling, is still learning, said Levesque. “He’s a sponge for the business and for learning it and it’s one of the things about him, he’s constantly asking questions and he is a sponge. His improvement rate and growth rate have been incredible.”

However, the most airtime was given to former NFL punter Pat McAfee, who is facing Adam Cole. “I think they’re going to shock a lot of people and open some eyeballs,” he predicted. “This is a big sleeper match for me … and it’s going to be one that you don’t want to miss.”

But it’s McAfee that has Levesque talking about potential.

First, Levesque acknowledged that there is a reason for bringing in a name from outside the world of pro wrestling. “It’s clear why you’re doing it. There’s a lot of press around it. ESPN get up and all the press that comes around it and all that opportunity to bring in fresh eyeballs.”

He continued later in the chat.

“Pat is an amazing athlete,” said Levesque, noting that McAfee is not wrestling for the money, as he has been successful outside of his NFL punting career. “He grew up a WWE fan and always dreamed about doing this. And that’s what a lot of people don’t understand. I’ll be honest with you when I first met Pat, he came to some shows and we talked and talked to him about doing some stuff with us and doing some of the pre shows and some commentary. I didn’t understand his level of fan that he grew up being. I didn’t understand his level of desire to actually do this. … He wasn’t looking to come in and just be a little part of it or something like that, like a celebrity. So he was looking to come in and be a WWE superstar, he was looking to have an opportunity and they have an avenue for that. There is.

“We’ll see where that goes. I can tell you this. I’ve seen a video, I’ve watched him train now, he’s a natural. He is athletically gifted in a way that very few people are.”

As with Karrion Kross, Levesque sees an X factor to McAfee. “You go, ‘Wow, his charisma, his personality are off the charts.’ His gift of gab is getting him to stop talking, that’s the issue, not getting him started. All the tools are there. What he does, is on him, right? So where this goes, I can’t 100% say. But the reason I’m putting him in that spot, the reason why he’s doing this with us in NXT where the level of performance is what matters.”