It’s no mystery, Mysterion is a major collector

He’s Mysterion “the Mind Reader.” No, not the South Park character, but they did reach out to him for permission to use the name. The 30-year entertainment industry veteran has a very impressive and even more varied resume which extends well beyond the realm of magic. 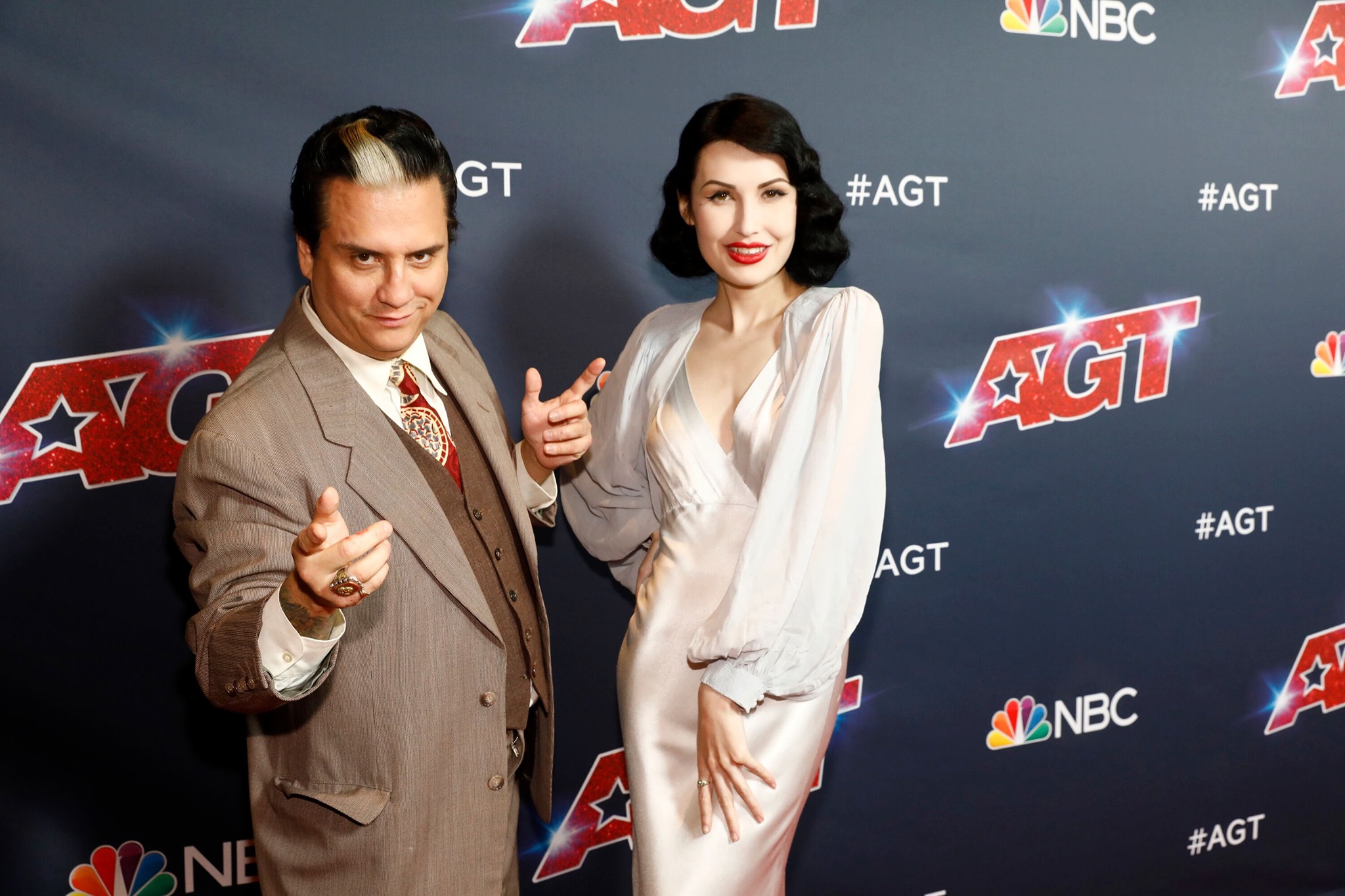 The Sentimentalists are Mysterion and Steffi Kay. (Courtesy of NBC)

He has made numerous cameos on television shows like Baggage Battles, Storage Wars and the cult classic Kenny vs Spenny. He is behind Something Strange, Canada’s biggest sideshow festival. He has also been involved in pro wrestling as a manager, on occasion as a wrestler, and even produced live events for the Toronto-based Victory Commonwealth Wrestling and its Rogers TV show.

The mentalist really shone most recently in his appearances as part of The Sentimentalists with Steffi Kay duo when they advanced in rounds of NBC’s America’s Got Talent and outsmarting magicians Penn and Teller on their show Fool Us. 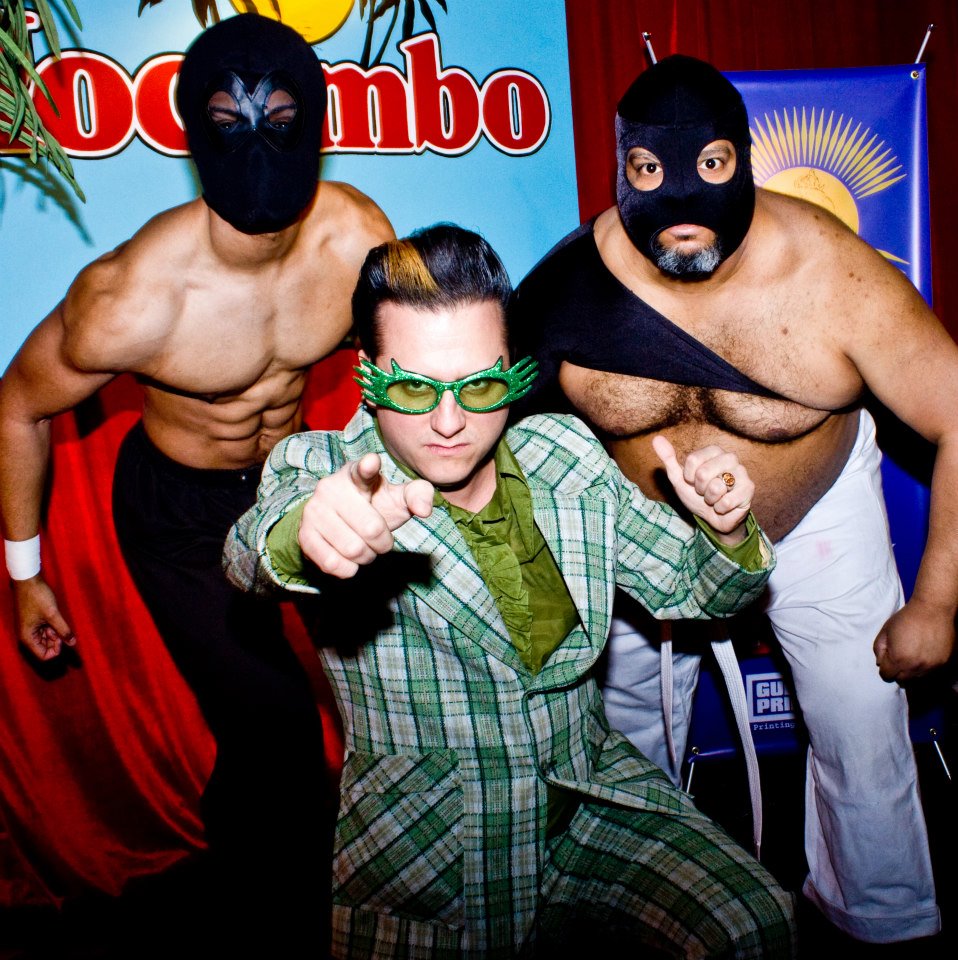 Although magic is his bread and butter and the reason this toy collector has been able to acquire some of the rarest pieces in existence, he credits pro wrestling as his biggest influence. “Wrestling as a whole has impacted my ability to entertain more than any other industry. The way I present myself is rooted in wrestling. I work as a heel. There are no heel magicians. I can walk the line for what’s acceptable and what’s not and I learned how by watching guys like Jake ‘The Snake’ and Bobby Heenan and the connections they made with the audience.”

His eclectic style with a pro wrestling core extends beyond his work in magic and into his collecting. 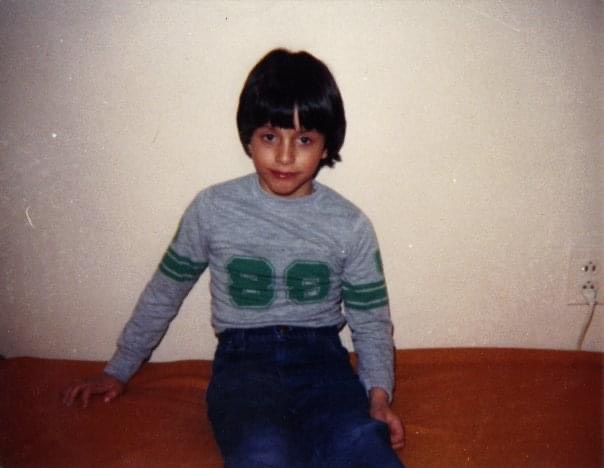 As a child of the late 1970s and early ’80s, his collection did not have much focus. “As a kid I wanted everything.” His collection then and now is (super)hero-centric. “I preferred He-Man and Dungeons & Dragons more so than robots, Transformers and cars. Star Wars was always a favourite but I was into the flavour of the month. I never even had a Luke Skywalker”

As diversified as his taste was, his playtime was by the books. “When I played, I was weird about who went with what.” Although he allowed no universe crossing in the sense that Star Wars characters wouldn’t interact with He-Man, their actions would sometimes be out of character.

As a big wrestling fan, he created wrestling leagues with other lines of figures as there were no wrestling figures available. “For G.I. Joe, Quick Kick was my Ricky Steamboat type martial arts master. Guys with weapons sculpted on them couldn’t wrestle. My ring was a tin cookie box with pencils as the posts. By the time my Sgt. Slaughter mailaway arrived I was too old but secretly played. I also played with He-Mans as wrestlers before wrestling dolls with a pillow for a ring. I still play with He-Mans as wrestlers late at night.” 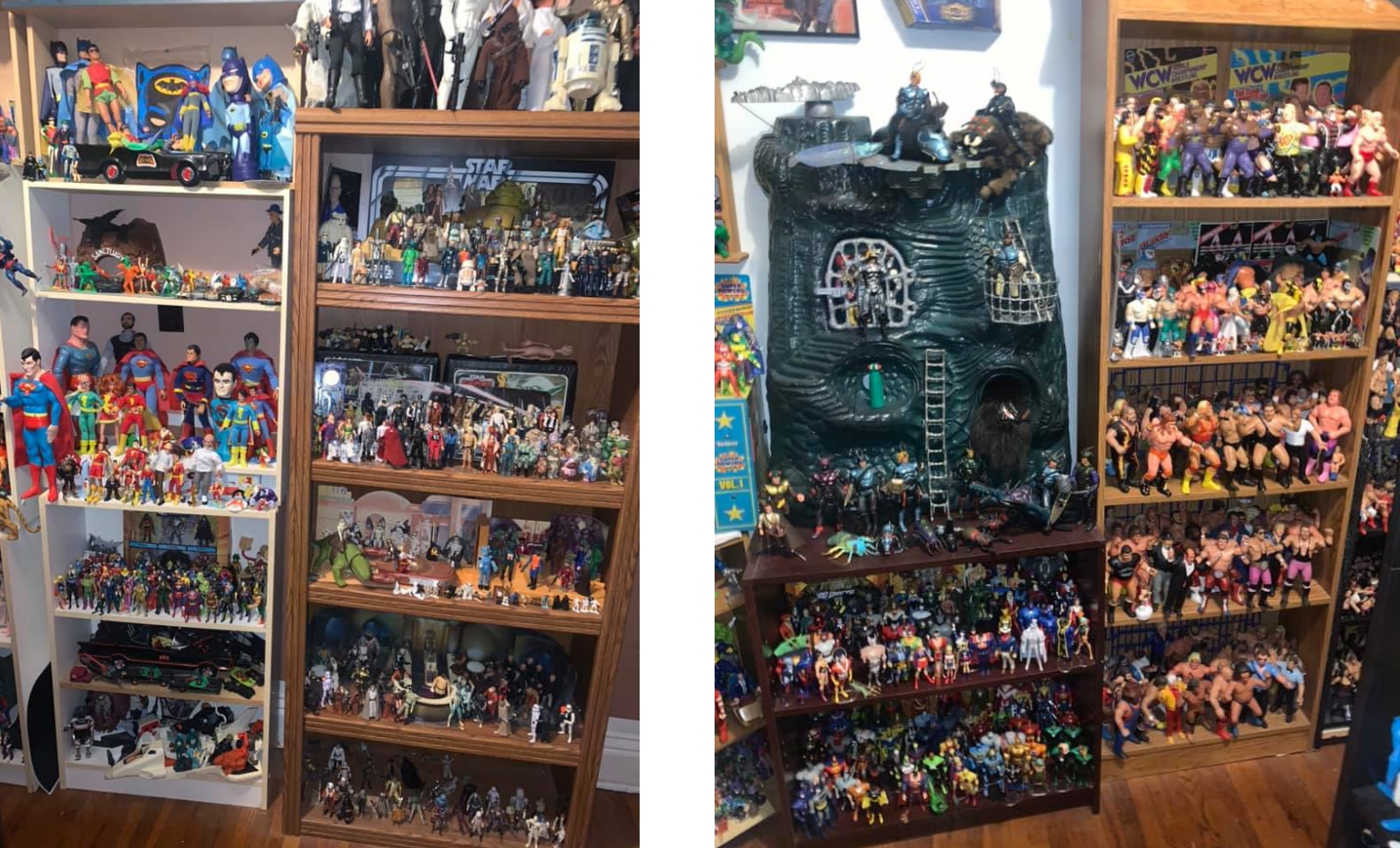 All of this would all change with the dawn of unprecedented official WWF wrestling figures. “I will never forget seeing WWF LJN figures in Toy City for the first time. I had to get Hogan and Andre. I needed two to wrestle, no way I was going to get one. I got Hogan because he came with the belt accessory and it was just so cool to have an Andre. They were friends at the time but I made them fight.”

Although his playtime — which peaked with entrances on a custom styrofoam Maple Leaf Garden-style runway along with music courtesy of The Wrestling Album — waned over the years, his collecting never did. Even through the new challenges of adulthood he “always made an effort to buy wrestling figures. When I started working figures were $6.99. Roughly an hour’s pay, so I would set out to work an extra hour each week so I could buy one every Saturday. Once OSFTM WCW figures were on sale for $2.99. I was able to make a whole shelf of guys I never had before. I will never forget the feeling of putting them all out. When I started making money as an entertainer I went hog wild.”

Over the years Mysterion has been able to accumulate several “grail” figures most serious collectors only pray to even come across, let alone purchase. His 1939 Wooden Superman is one such example and is indeed his prized superhero piece. When it comes to wrestling his favourite piece would not be considered a “grail.”

“My best Wrestling piece is the G.I. Joe style Tiger Mask I got from you, Rasslin’ Merch Machine, hands down. I love Tiger Mask and moving him in that way with all that articulation is amazing. The size is perfect for a wrestling figure. You can fit a bunch in your pocket as a kid. I have a retrograded soft spot for these [types of wrestling figures].” He also prizes his AWA John Nord, LJN/Hasbro mailaway Sgt. Slaughter, and POPY wrestlers from Japan as honourable mentions. 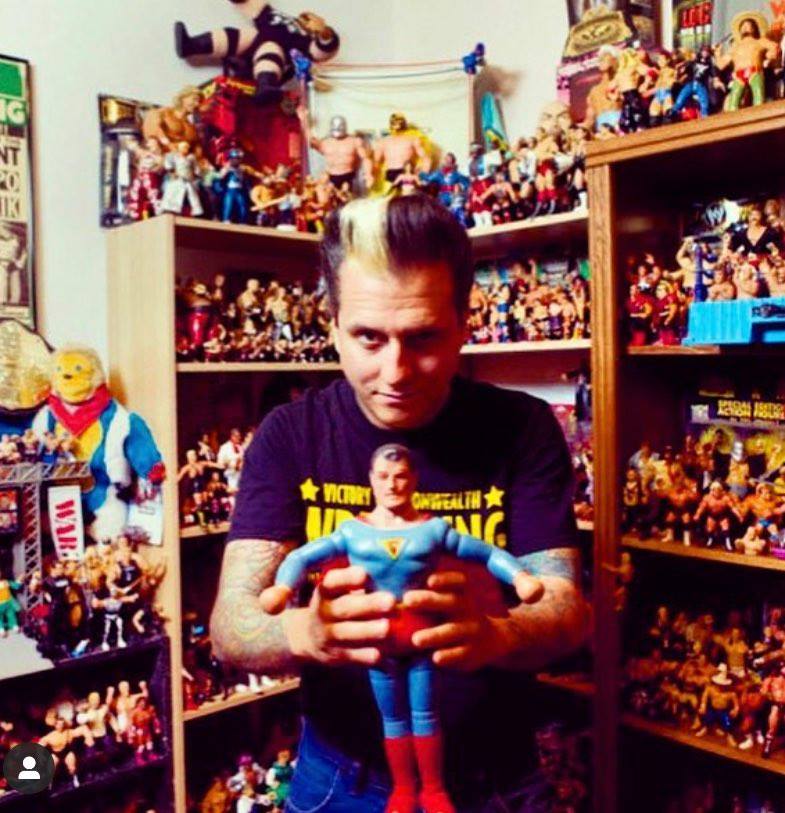 Mysterion shows off the first ever “action figure,” a wooden Superman from 1939. (Courtesy of Mysterion)

Over the years, he has had some of his own merch available but it has not been a focal point of his business. Some of his merch has included a plushie, pins, posters, 8×10 photos and the Mysterion Ghost in a Can (basically a can of air with a biography of the deceased inhabitant on a piece of paper within).

Back before COVID-19 shut-down the entertainment industry, The Sentimentalists were on fire. Besides the appearances on network TV in the U.S., they were regulars at the prestigious Magic Castle Academy of Magical Arts, in the Hollywood district of Los Angeles, which is called “the most unusual private club in the world.” Earlier this year, they won the Canadian Rising Star category from the Allan Slaight Award, which recognizes “Outstanding Achievement in the Pursuit of the Impossible.”

But as recent times have challenged his ability to read minds, he has once again turned to merch. His product called “Cryptid” is a mentalism tool for magicians and available at Hocus Pocus Magic.