AEW Dynamite: Night 1 of Fyter Fest a good one for champs of all kinds 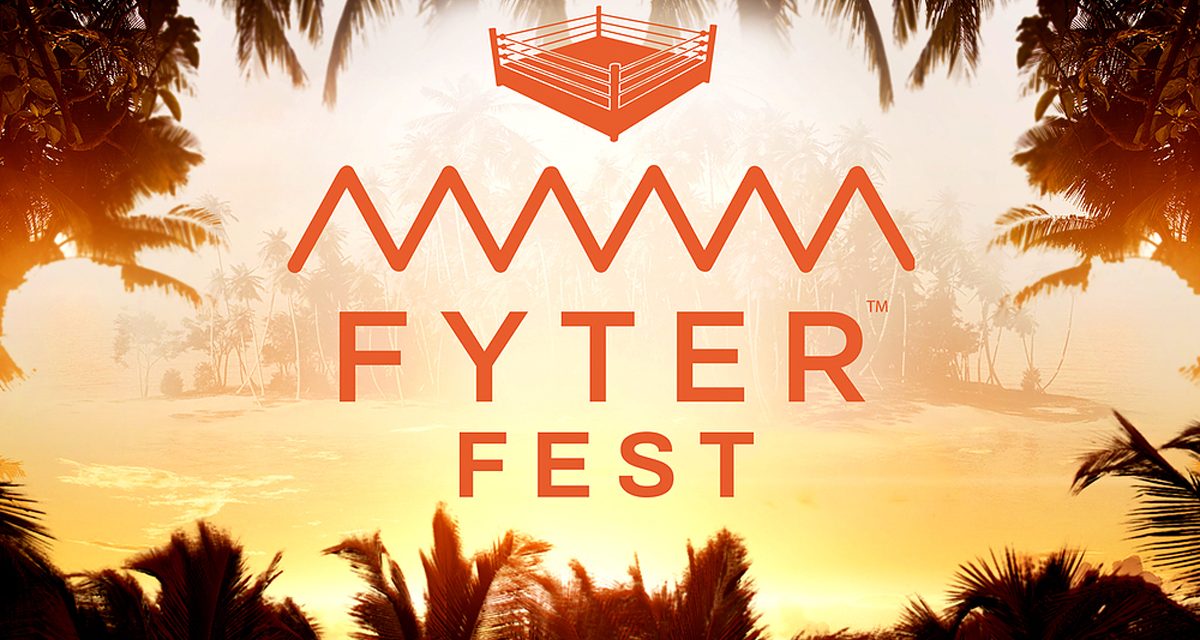 When is a pay-per-view not a pay-per-view? When it’s AEW Fyter Fest. Instead of charging fans to watch, AEW is splitting the event into two parts and just airing them during Dynamite, which is about as welcome a move as a wrestling company can make. The promotion has loaded up the card just as if they were charging, though, so let’s hurry to TNT and see if it lives up to its potential.

Chris Jericho is joining the commentary team for tonight’s card, and he is dressed for the occasion. By that I mean Canada Day, as is sporting a very Canadian sports jacket decked out with maple leafs aplenty. We can’t get to the opening match without MJF getting an opportunity to share some of his thoughts, something he isn’t shy about doing. He’s especially proud of beating Jungle Boy repeatedly and says he is on the card tonight because AEW is in a ratings war.

This would be the “serious” version of Jurassic Express, because Jungle Boy and Luchasaurus dispense with their usual ring entrance and want to get right to throwing down. Jericho is calling the action from a surprisingly neutral perspective, berating the ref for not seeing the heels’ distraction tactics. Le Champion also compares the two big men squaring off to Godzilla vs. King Kong, then quips that Luchasaurus goes from “Godzilla to Mothra” when he takes flight to the outside. He’s not the only one to impress with aerial ability despite impressive size, as Wardlow executes a Swanton Bomb. The ending sequence is also fun, keeping Wardlow looking strong as he absorbs a number of moves before taking the pinfall. And MJF can keep saying he’s never been pinned or submitted, which he’ll no doubt remind us.

Joey Janela and Lance Archer get into a bit of a tiff, which might be the Bad Boy biting off a bit more than he can chew. But in even more important news, there’s going to be a Puppy Battle Royale next week. And not the Jerry “The King” Lawler kind of puppies.

Though the announcers point to Kip Sabian as the potential difference maker for Ford, he might not get a chance to act Superbad in her behalf since he gets sent to the back within the first 30 seconds of the match. That’s not a bad thing since it gives Ford more of a chance to grab the spotlight for her wrestling ability. Some of her cool spots include a creative counter to a Falcon Arrow and using the Matrix to evade a missile dropkick. Shida prevails in the end, of course, but Jericho isn’t wrong when he says it was Ford’s best AEW match to date.

Non-yelling Taz breaks down some of Jon Moxley’s moves and why Brian Cage might not be susceptible to them. Calm Taz is so much nicer.

Though it’s never cool to run down a legit pro wrestling legend like Arn Anderson, I’d accept an argument that says having him as Cody’s manager really doesn’t do much. He is very involved in this bout, however, with Hager actually putting his hands on the Enforcer at one point. Dustin Rhodes also intervenes physically, smacking Hager in the face while the ref is occupied with Arnderson. Hager eventually gets Cody in a choke, but the champ pivots to have Hager’s shoulders pinned for three. Jake expresses his displeasure with the decision by hitting the ref, which is held up as a horrible deed. OK, but isn’t it a little weird the face champ had to cheat and had two other people help him hold onto his belt? Maybe it’s just me.

The latest Darby Allin video confirms he isn’t medically cleared to wrestle, but the things he is doing in the meantime look a lot more dangerous.

All it takes to throw Jericho off his game is the presence of Orange Cassidy at the announce table. True to form, Cassidy isn’t doing or saying a darn thing, but Le Champion is still very stressed out. One would expect that the winning team will be closer to a title shot, and after a nice number of fun spots, that turns out to be Private Party. Jericho notes that everyone in the Inner Circle has lost tonight. If Cassidy somehow beats him, he’s going to be livid. He tries to start a scrap with Cassidy after the bell, but AEW has plenty of people ready to keep them apart.

Wow, Hangman Adam Page is in a good mood tonight. He says he loves Best Friends and agrees they deserve a shot at the belts, but neither he nor Kenny Omega are worried about their chances of holding onto their titles. Also, Jericho has left the announce table in a huff, so he isn’t around to help run down the card for the second night of Fyter Fest. It’s all good, there are still three guys to handle it. Notably, the AEW World Championship match between Moxley and Cage has been bumped to July 15 — a big loss for Fyter Fest, and likely necessitated because of his need to isolate while his wife Renee Young recovers from COVID-19. Naturally, Taz comes out to address it, noting that Moxley has been tested twice for the virus and been negative both times. He questions why Mox wouldn’t be available as scheduled since “we don’t run a sloppy shop,” as good a WWE dig as you’ll hear. Anyway,

Not only do the Best Friends roll up in Trent’s mom’s car, she insists on giving him a kiss on the cheek, and they are announced as being “driven to the ring by Trent’s mom.” Heh. FTR arrives after a few minutes to take in the action staying with the summertime theme by carrying in a cooler and some beach chairs. They have a great spot to take in a fantastic tag team match, which is no surprise given who’s involved. Both teams are teased as winners, but the champs retain …

… and get an immediate visit from FTR. Hangman immediately accepts their offer of a beer, but Omega pours his out. That doesn’t sit well with FTR, and the Young Bucks are quickly out to step in-between the two teams. Looks like we’ve got an extra bit of intrigue before the second part of Fyter Fest. See you in seven!

Really solid in-ring action throughout, which is exactly what you want from a special event like this. Jericho was great on commentary, and the WWE jabs were also high quality. Having commercials was bit of a bummer but comes with the territory. Here’s hoping night 2 is just as good.