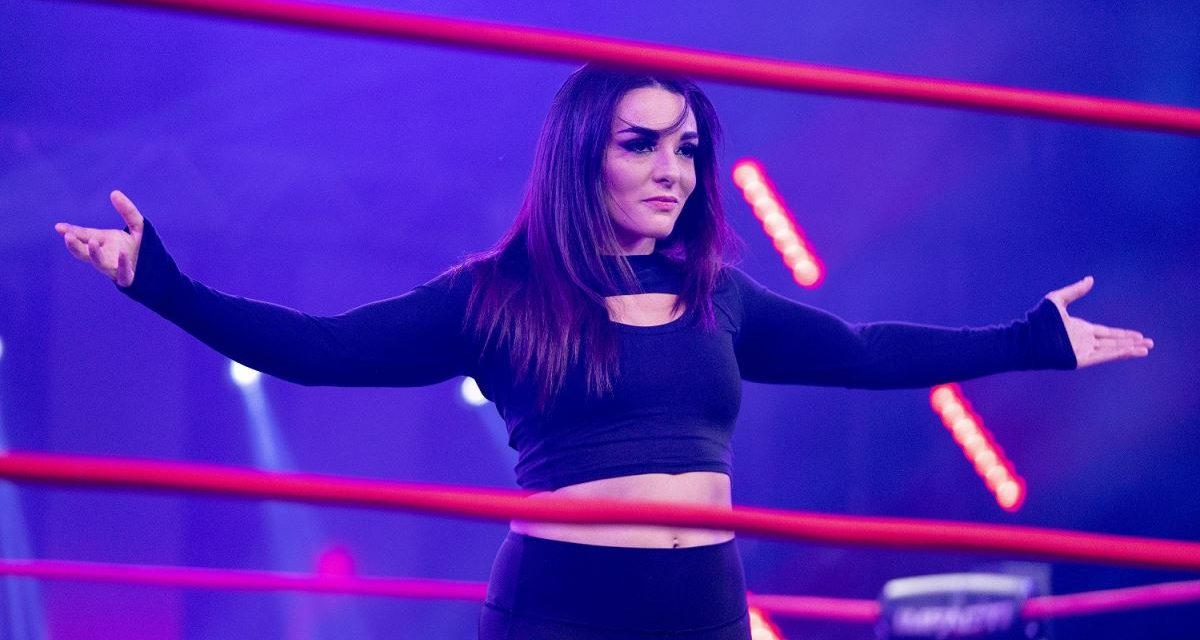 Growing up, many wrestlers sit in front of their TV screens admiring their childhood heroes in the squared circle, hoping to be alongside them one day. But when you’ve already lived one of your dreams, what do you do next? For The Virtuosa, Deonna Purrazzo, it’s accomplishing a new goal with a company who let her find happiness.

The New Jersey native has just signed a contract with Impact Wrestling and she couldn’t be more thrilled to call them home. “Honestly, I’m just so happy to be in a place where I can have the creative freedom and the least amount of stress possible,” she told Slam Wrestling. She said that after being around the company for sometime, she’s happy where she’s ended up.

Most grapplers are told that getting a contract is the measure of success. Purrazzo agrees.“I think that the goal for anyone is to get signed,” she continued, “I was just thinking of what was available and what opportunities are out there for me.” Purrazzo added that not only is the locker room environment great, but she is happy to have found a place where she could be satisfied with her role. This wasn’t necessarily something that she felt during her time with the WWE.

Being released this past April, Purrazzo wasn’t really surprised when she got the news and had a gut feeling all day before she was informed. “For me, in the last six months leading up to that moment I questioned whether or not this was the right place for me. If there isn’t a direction for me, then maybe I shouldn’t be here.” She questioned her success and whether or not she could make a name for herself with the WWE. Ultimately, she was relieved. “The conversation I had [with them was] ‘we know this is going to make you happy and we think that you wanted this so we’re going to give it to you.’ I was just like ‘yeah cool I’m going to find happiness somewhere else.”

Despite how things ended, Purrazzo made some good memories with the WWE and even lived a dream she had since she was nine years old.

“Last December, I wrestled Asuka on Raw and that was the first time I had gone up to the main roster,” she said. Not only did she get to introduce The Virtuosa to the world, but she got to be one of the female wrestlers that she used to admire on her television as a young girl. “You can check that off the bucket list and if it never happens again, then I did it, you know?” As for her next chapter, Purrazzo has her sights set on the Knockouts Championship.

“I’m in a storyline right now with Jordynne Grace and the possibility [of winning the championship] is very high.” Purrazzo added that she has experience building up a women’s division and she’s ready to take on this new challenge. “I helped put Women of Honor back on the map, create a women’s championship and a women’s division there, but I was never the champion.” She’s always wanted to be a title holder in a company and now she feels she finally has the chance. “Now that I’m at Impact, my goal is to become the champion and check that off the bucket list. Once you do it, you do it and who cares about anything else,” she said with a laugh.

For now, the Virtuosa is getting ready for the next few months with Impact and she’s ready to put the Knockouts division on her back and show the world what the submission queen can really do in the squared circle.