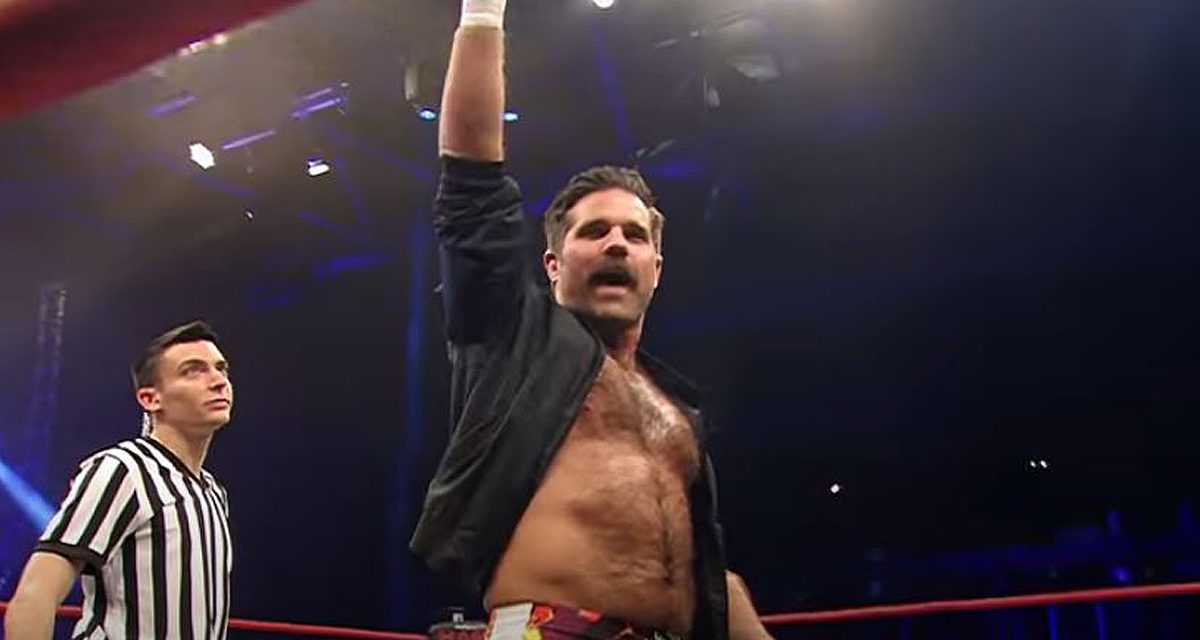 Sexual assault allegations have not only caused Joey Ryan to disappear from Twitter where he closed his account but it seems his Bar Wrestling promotion has shut down as well.

Ryan has been accused of acting inappropriately with fans and sexually assaulting several women including former With Spandex editor Danielle Matheson who Tweeted:

“All I need to tell you, a stranger, is that I said I wasn’t interested and was tired and just wanted to go to sleep more than once. That I didn’t want anything that happened, and felt so trapped my body just didn’t know how to fight or escape what was going on. If you think that isn’t real, I’m happy to direct you to Google so you can educate yourselves on not only the mental/chemical reactions one can have when being assaulted, but also all of the ways your body works to protect you when fight and flight just aren’t possible.”

Before closing his and Bar Wrestling’s Twitter accounts, Ryan gave this statement:

I have been watching along with all of you as the #speakout movement has spread across the internet. I am also aware that my name been mentioned as part of this discussion. I have been contemplating how to respond to everything that has unfolded in the last three days. This is an important topic and it truly deserves time it is getting, even if it’s uncomfortable. After speaking with my attorney, I have been advised not to respond to any specific allegations at this time. And the truth in the matter is, I do not want to spend time dissecting which parts of the stories are true, which parts of different from what I remember and which things are outright false. It is important for me to use this platform to take responsibility and not to attempt to minimize the feelings anyone that was hurt by me in order to save face.

So instead, I would like to take this opportunity to publicly share some parts of my private life with everyone. It is not a part of my life that I am proud of, but taking responsibility is important. Today, I must take responsibility for the way I behaved in the past, and I will do that right now. As I am sure you are all aware, several years ago, and all in a short period of time, a lot of things changed in my life. The “dick flip” went viral. I started traveling the world and living a “rock ‘n roll lifestyle.” I came into contact with a lot of people, including women. And, the truth is, I did not always treat people with respect. And I will acknowledge that it was possible that I pursed people I thought were interested in me and invaded their personal space and made them feel uncomfortable in the process.

Nearly two years ago, my ex-wife and I were separated. The separation impacted me greatly and I began to reflect on the person I have been previous to it, and the person that I wanted to be. During that self-reflection, I was not proud of what I saw. As a result, I entered counseling in October 2018 and still attend every week to this day. I have been on prescription medication. I have worked every day for nearly two years to be a person that not only people’s boundaries, but respects people. If you felt that you were a person that I did not treat with respect, I apologize. Aside from this post, I have been reaching out to some of the people involved and we have had positive interactions and started the healing process.

I have worked hard to make wrestling a safe and welcoming place for everyone. I will make up for my shortcomings of the past by working harder in the future to continue to do that. With all of the different social movements happening right now, we need to take this opportunity to listen and learn and continue to strive every day to do better.

In PWG, Ryan and LeRae were the “The World’s Cutest Tag Team” and were champions there for a time.