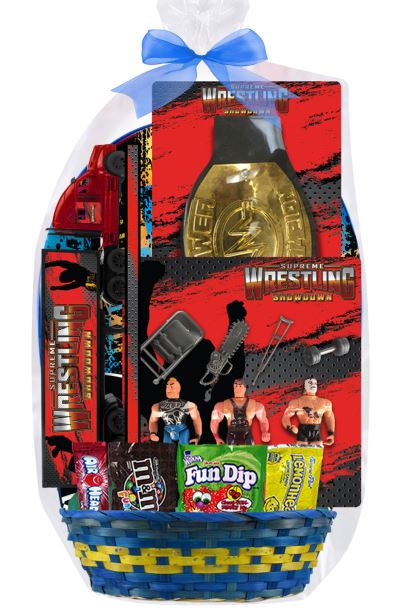 Recently, I was walking through my local supermarket where pre-filled Easter baskets were on display. I glanced at the various themed baskets and recalled fond childhood memories of Easter. Then, I quickly did a double take.

Staring back at me was the Supreme Wrestling Showdown Easter basket. I examined the contents of the package for an embarrassingly long amount of time.

Admittedly, I am a sucker for generic wrestling merchandise. Couple my aforementioned affinity with the visible discounted price, and I purchased the basket.

The first wrestler appears to have either a botched maple leaf or bloodstain on his shirt and resembles Kenny Omega if you stare long enough. 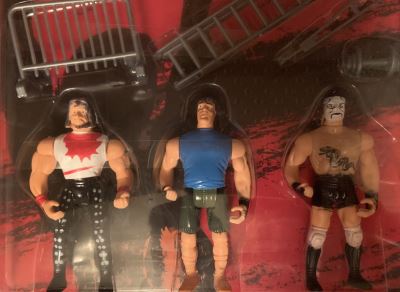 The middle wrestler does not appear to be wearing shoes and reminds me of Sylvester Stallone in Rambo: Last Blood.

The third wrestler has a snake tattoo across the chest, and the face paint design is similar to Jeff Hardy.

Henceforth, they will be known as Kenny O Maple Leaf, Shoeless Rambo and Snake Hardy. Different wrestlers may be included in other baskets, but Snake Hardy appears to be the one constant.

The Supreme Wrestling Showdown logo appears on the sides of the trailer, and the truck may be the coolest toy in the package. The wheels also move, and the trailer is detachable. 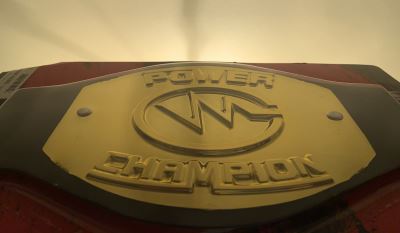 The title belt does not have the most intricate design, but Power Champion has a nice ring to it. Perhaps NWA Powerrr will take note.

Wrestling and Easter may make odd tag team partners; however, the strategy paid off. This particular Easter basket was the only wrestling merchandise situated at the front of the store while name brand pro wrestling toys were located at the very back of the building.