A recent documentary production from HighSpots Wrestling Network aims to provide a chronicle of the celebrated run of Championship Wrestling from Florida, from its upstart beginnings, through its heyday, and into the troubled and tragic events in its final years.

Championship Wrestling from Florida: The Story of Wrestling in the Sunshine State, clocking in at just over ninety minutes in length, is a very nuts-and-bolts telling of the company and the people that helped it flourish. It is told in strict chronological style, laying out the early formative years and bringing us to its decline and demise. It doesn’t shy away from either the ups or the downs, providing what feels like an honest look back. 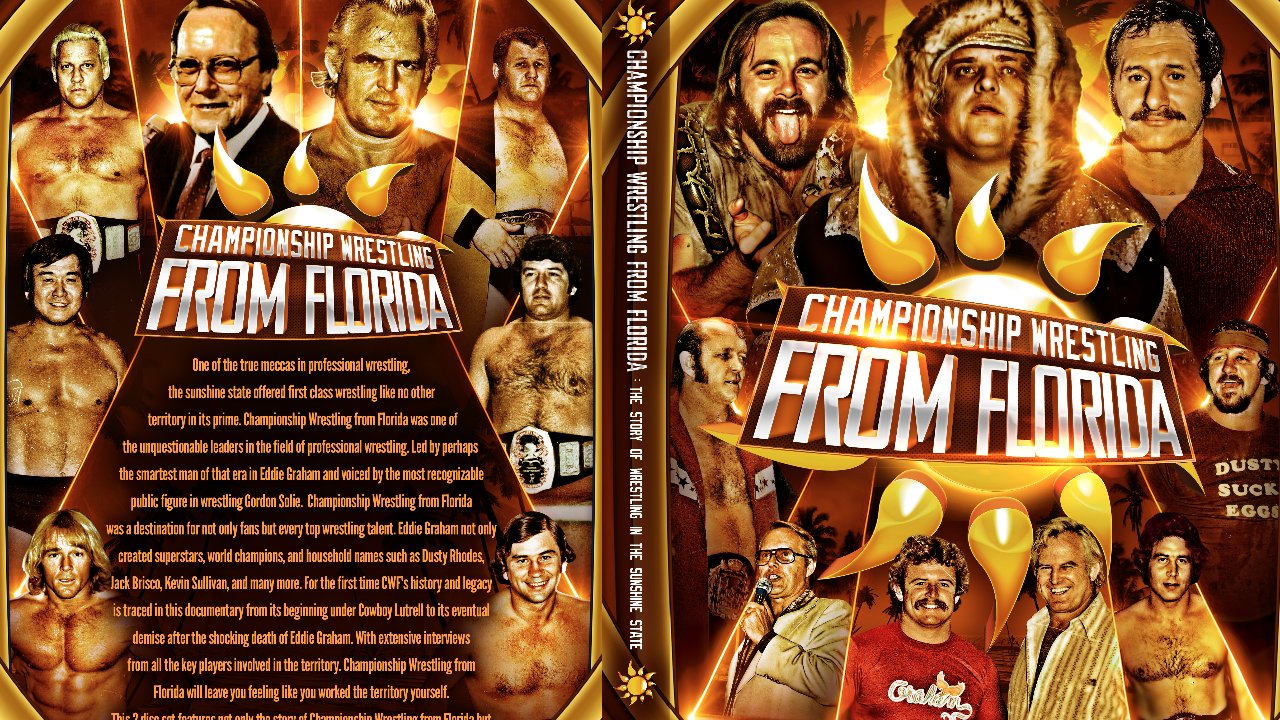 One of the areas somewhat lacking in depth is in match footage, at times using duplicate clips of in-ring action as a backdrop to interviews or narration. This is presumably due to material ownership issues. The strength of the interviews provided, though, more than makes up for this deficiency.

The early talking head segments are filled with the likes of Mike Graham, Bill Apter, and Championship Wrestling from Florida (CWF) Archivist Barry Rose. They provide the backdrop of Cowboy Clarence P. Luttrell, in-ring performer turned promoter, starting up the wrestling company and establishing Eddie Graham as the reliable hero for the company.

What follows is a roll-call of wrestling icons: Dusty Rhodes, Gerald Brisco, Terry & Dory Funk, Jim Ross, and more, with narration provided by Jonard Solie. Not all of the interviews are filmed recently, but that doesn’t take away from their impact on the film.

Because the story is told so rigidly in its chronology, the first half of the movie feels as much like a promotional video as anything else. In retrospect, this makes sense, as it details the growing success of the company as everything seems to work out positively.

Conflict and obstacles drive narrative drama, however, and while it would be callous to suggest that the professional problems and personal tragedies that would befall the CWF and those who worked for it, specifically the Graham family, it’s also pragmatic to say that the story of the promotion can’t be told without addressing them.

So it is that just as the feel-good telling of the CWF and all of its success begins to feel a little one-note in its delivery, the film provides footage of Gary Hart and Austin Idol re-telling their experience in the plane crash that claimed the life of Bobby Shane and ended the in-ring career of Buddy Colt, who had been the pilot. 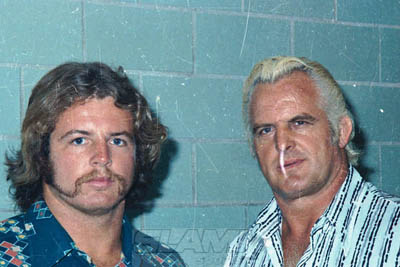 Later on, it’s Mike Graham who, in footage from 2001, gives his harrowing account of coming to grips with his father’s death by suicide. Others chime in (including JJ Dillon, who, purposefully or not, sticks to the code of “toughness” in pro wrestling by championing Eddie Graham as so tough that he needed two bullets to kill himself), but it’s the son trying to understand why his father did what he did that will stay with you.

The scope of the documentary does not include the suicides of Mike Graham, or his son Stephen two years before his own. As it doesn’t fall into the chronology of the existence of the CWF it is left off the table. On first blush, it feels strange for the film not to address this; however, the decision to steer clear of chronicling the violent end of three successive generations of Grahams keeps the focus on the CWF itself, and perhaps saves delving into the sad story of the family as its own tale for another day.

In the final years of the company, the culprit behind their dwindling business was the same as it was for many: bigger companies luring away their own big-name attractions. Also missing from the So it is that as much as the first hour felt like an impossibly positive narrative, the final thirty minutes invites us to watch as it all crashes down with an honest reflection of bad timing, bad judgment, and bad fortune.

The film is well worth the viewing, especially for those unfamiliar with the history of CWF, but even those who know it well will likely find some new insight from those that lived it or those that studied it from afar.

The film is available at the HighSpots Wrestling Network website for streaming rental, or by way of a monthly subscription to the streaming service. It is also available on a 2-Disc DVD set at Highspots.com.