G1 Climax 29 Night Five: KENTA and Okada tied for the lead in A block 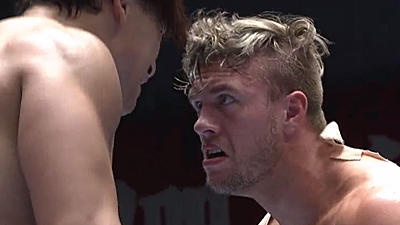 The main event featured Kota Ibushi vs. Will Ospreay at Korakuen Hall in Tokyo, Japan. Ospreay had tape all over his neck and shoulder. Both Ibushi and Ospreay had a solid lock up with neither man gaining an advantage. The pace of the match quickly picked up with Ospreay dumping Ibushi outside and then throwing Ibushi knee first on the steel guardrail. Ospreay got Ibushi into the ring and continued to work over his knee.

Ibushi worked over Ospreay’s neck with neck cranks and head scissors. Ospreay exploded out of the head scissors and delivered a kick to Ibushi. Ibushi went to the outside and Ospreay dove over the top rope onto the Ibushi. The match went back and forth with each wrestler isolating a body part. However, Ibushi hit the Kamigoye for the win.

Hiroshi Tanahashi defeated Zack Sabre Jr. The crowd was solidly behind Tanahashi before the bell rang with chants of ‘Go Ace’. The match started with chain wrestling with neither wrestler gaining the upper hand. Both men had heel hooks on each other and scrambled to get out with both men returning to their feet. Tanahashi was able to take Sabre Jr. down to the mat for the first time in the match.

However, Sabre Jr. quickly returned to his feet and locked in the octopus. The match pace quickly picked up and both men exchanged a series of moves on each other. Sabre Jr. applied a series of submissions including an omoplata on one arm and an armbar on the other arm. Sabre Jr. locked in a triangle choke. However, Tanahashi rolled over to pin Zack Sabre Jr. to the mat and win.

Bad Luck Fale attacked Okada before the bell rang. Fale threw Okada into the steel guard rail and stomped Okada on the ground. When the match returned to the ring, Okada fired his fists desperately at Fale. However, Chase Owens was at ringside to cut off Okada’s offense.

Fale stood on Okada while the crowd chanted, “Okada.” Fale whipped Okada into the ropes and gave a high back drop on Okada. Okada was able to turn the momentum and delivered a DDT on Fale for a near fall. Kazuchika Okada defeated Bad Luck Fale via a roll up pin.

Evil released the lock with a dropkick. The match spilled to the outside where SANADA was whipped into the steel barricade multiple times. When the match returned to the ring SANADA put the paradise lock on Evil in the ropes. SANADA hit everything is evil for a near fall. Evil retaliated with everything is evil to win the match.

Archer pushed KENTA to the mat to start the match. KENTA returned to his feet and followed up with a series of kicks to Archer’s leg. Archer took the match to the outside and pummeled KENTA around ringside. When they returned to the ring Archer used the ropes to choke KENTA.

KENTA returned to his feet and delivered a series of high kicks to Archer’s head followed by a body slam. KENTA hit a double stomp for a near fall. KENTA applied a standing sleeper followed by a big boot and attempted a GTS. However, Archer reversed it with a muscle buster. KENTA defeated Lance Archer with a cross face.