Tito the Bonecrusher blew away expectations

If you are a parent, you have undoubtedly experienced some of the awful television shows and books aimed for children. As the mother of an eight-year-old son, Liam, I was fortunate that I missed out on the torture of having to endure Barney and Friends, but there were still countless hours of the Canadian preschool channel, Treehouse. I still tense up when I hear the Four Squares theme song. If you are a parent, you know what I’m talking about. If you don’t have any idea what I mean, don’t give in to the urge to Google it. There were also many nights in a row, where my husband and I had to read/endure the story of a cat named Mistletoe who rescues some kittens on Christmas Eve. It was a cute story at first, but by the 200th time, and yes Little Liam enjoyed hearing this story beyond the holiday season, we were ready to throw the book into a fireplace. 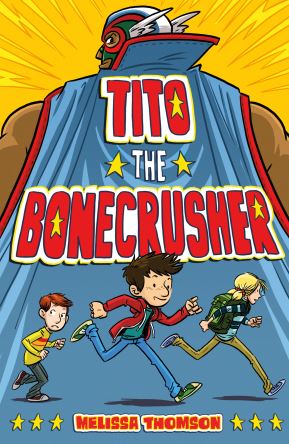 So, when I was assigned to read and review Melissa Thomson’s first stand-alone novel, Tito the Bonecrusher, with Liam, my expectations were low. But to my surprise, and I’m being totally honest here, both Liam and I really got into this novel. Liam is in the beginning stages of transitioning from picture books to chapter books, so we read a chapter each day and we both got involved with the characters and genuinely cared what was going to happen to them. The destiny of this book was not to be kindling, but to have a place on one of our many book shelves.

This novel, released by Farrar, Straus and Giroux in March 2019, follows Oliver “Spaghetti-O” Jones, a fifth grader, who is having to deal with his father being sent to prison. Convinced of his innocence, Oliver decides that his hero, the fictional lucha libre wrestler/action movie star, Tito the Bonecrusher, will know how to fix everything and get his father out of prison. When Oliver hears that Tito will be appearing at a local gala, he and his friends, Brianna “Brain” Gregory and Paul “Popcorn” Robards, (yeah lots of fun nicknames in this book) go to extraordinary lengths, determined to raise enough money to attend the gala and plead for Tito’s help.

Oliver and his friends go about fundraising for gala tickets via a variety of means. I secretly took immense pleasure when their methods were thwarted not because I’m pure evil, although to some that may be questionable, but because Liam had some great reactions to the characters’ plights including: “I just want to punch something” and “I don’t think I can read anymore, I’m so angry!” At 230 pages and 23 chapters, this was the longest novel we have ever attempted to read together. Liam has ADHD and autism so it was really rewarding to see his interest maintained throughout.

The second last chapter had us both tearing up as Oliver comes to the difficult realization that his father’s jail sentence is justified and that despite what Tito is capable of in the ring and the movies, he won’t be able to save the day this time. But don’t despair, the final chapter consist of a great means of juxtaposition and the story concludes on a happy note. While I was able to predict what would happen, Liam was genuinely surprised and the grin on his face especially after our crying session from the previous chapter, was pretty spectacular. And I’m tearing up again! 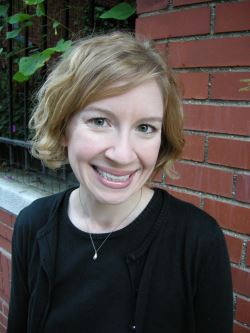 The criticisms I have are minor. The book states that it is for readers aged 8-12. Due to the somewhat heavy subject matter, I think the book is best for readers on the higher end of this age range especially if they are reading it independently. Liam and I had to have some summary discussions before reading each chapter. He also had lots of questions about Oliver’s dad going to jail and the fact that Oliver’s parents are divorced in the book and his mother is remarried. Oliver also briefly mentions the “truth” about the Tooth Fairy, which I didn’t think was necessary to include in the book as there are children in this age range who still put their lost teeth under their pillows. I don’t see a reason to ruin the magic especially since this revelation has nothing to do with the rest of the book. So, if you are not ready for that discussion, you might want to wait to read this book. Or you could do what I did and I’m not proud of this, but I distracted my son and skipped that line in the book. So just a warning.

I also think that including a glossary and/or a bit of background on professional wrestling and lucha libre would be beneficial to readers who are not familiar with this world. When asked, Liam told me his only point of contention, okay he didn’t actually say “point of contention” — I’m just trying to look fancy, anyway he was disappointed to learn that the book wasn’t intended as a series. Something for the author to think about from her a member of her target audience.

JAMIE “The Bonecrusher” HEMMINGS is a Canadian journalist/mother currently residing in New Mexico.

LIAM “The Junior Bonecrusher” HEMMINGS could care less that his name is in print. He’s waiting for his mom to finish typing this so they can play Uno. According to his parents, he is too young to have any social media accounts.