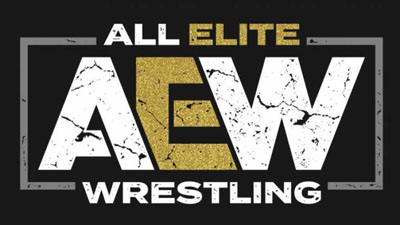 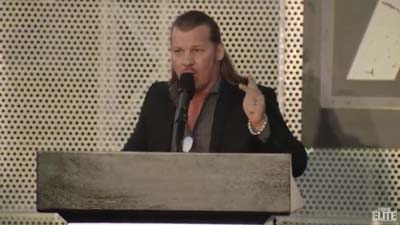 Chris Jericho and Pac (the wrestler known as Neville) have joined All Elite Wrestling (AEW).

“I am here with AEW. I am not here for the money. I already got the money. I am here because I believe in doing something different. I believe in doing something new. It is what I have always done my entire career. I am a maverick. I am an outlaw. I am a pariah. I am Chris Jericho,” said Y2J addressing the crowd in attendance at the Jacksonville rally.

Earlier, as Adam “Hangman” Page spoke about his goal to be AEW’s first champion, he was interrupted by Pac.

“A champion in 2019? Well, I have a little bit of bad news for you. I am here in AEW. I am already a champion and the likes of you Hangman Page, well, you couldn’t even lace up my boots!” yelled Pac waving the Open the Dream Gate Championship in Hangman’s face before dropping the microphone and leaving the stage.

Throughout the rally, the Young Bucks, Cody and Brandi made other talent announcements.

The Young Bucks revealed they have signed a partnership with the Chinese OWE (Oriental Wrestling Entertainment) and are bringing the team known as The Good Hearts to AEW.

“I have some friends in China. These guys are doing some of the greatest wrestling moves I have seen in my life. They are like Cirque du Soleil meets kung fu meets lucha libre,” said Matt Jackson.

Chief Brand Officer Brandi Rhodes not only made it known that men and women will be paid the same in AEW, that there will be no sliding pay scale, but AEW has signed Dr. Britt Baker D.M.D.

Baker wrestled in last year’s All In pay-per-view against Tessa Blanchard, Chelsea Green and Madison Rayne.

“As a member of the roster I hope to not only showcase my talent but I also want to set an example to everybody – children, adults, men and women – that you need to pursue anything and everything that you have a true passion for because today marks one of the most memorable days of my life,” said Baker.

At the rally, signees SCU (Christopher Daniels, Frankie Kazarian and Scorpio Sky), Maxwell Jacob Friedman and Joey Janela (with Penelope Ford) made appearances. Monty Kip Sopp, known to wrestling fans as Billy Gunn, will take on the role of producer at AEW.

“We are here to tell you that SoCal Uncensored is officially part of All Elite Wrestling!” said Christopher Daniels.

It was also officially announced that the AEW Double or Nothing pay-per-view will take place on May 25th at the MGM Grand in Las Vegas, Nevada and there will be another pay-per-view staged in Jacksonville, Florida with some of the proceeds going to victims of gun violence.

During the rally though there was no mention of the other Elite member, Kenny Omega. Omega has announced he is leaving NJPW but it is not known what his future plans are at this time.