As NXT continues to grow, its storylines and booking become more challenging. Triple H discussed the new challenges NXT is up against. 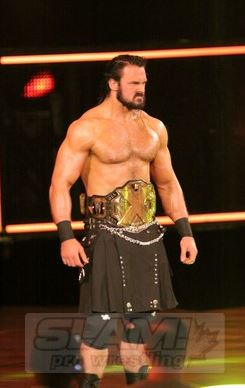 NXT is shifting towards more themed events that involve dangerous gimmick matches, which can result in more injuries and creates booking challenges.

“When one thing changes you have to move another piece, which moves two other pieces, which moves more. It’s a domino effect. Everything morphs and changes.”

The conference call took place before NXT TakeOver: War Games, where NXT champion Drew McIntyre injured his arm, and dropped the title to Andrade Cien Almas. Was the title change planned ahead or was an audible called during the match once McIntyre’s injury became apparent? Perhaps that will come up during the next NXT conference call, to promote TakeOver in January before the Royal Rumble.

Another challenge involves working with the young and sometimes inexperienced roster. It is hard to predict how a newcomer will execute an idea from creative.

“Nobody has the perfect crystal ball, you start to book something or start to tell a story and it doesn’t work the way you thought it was going to, it doesn’t get over the way you thought it would,” explained Triple H. “This character isn’t taking off the way I thought it would. All done with the best of intentions but when those things happen you have to make changes and as you make those changes it’s an avalanche. It’s a domino effect and everything then gets out of whack and keeping track of all that is what makes it difficult.”

Triple H explained that there is a difference between the vision in his mind and the reality on the screen. “In your mind, it’s all epic. Dusty (Rhodes) would sometimes say to me that if you can get 70% of what you see in your mind to come out on screen, that’s a grand slam. In your mind it’s epic but what sometimes comes out is slightly different.”