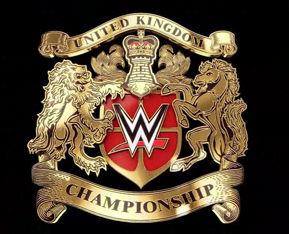 Eight moved on and eight has their dreams shattered in the first round of the WWE’s UK tournament.

The first round of the historic WWE’s United Kingdom Championship Tournament saw the rise and fall of 16 of the UK’s premiere in-ring superstars. Hosted by Michael I-Cannot-Believe-He-Is-Still-Employed-By-The-WWE Cole and the compelling Nigel McGuinness, who put almost all of the WWE’s current announcers to shame – except for Graves, Ranallo and Philips – the tournament highlighted the current heights to which the UK wrestling scene has climbed and the extraordinary depth of talent it has. 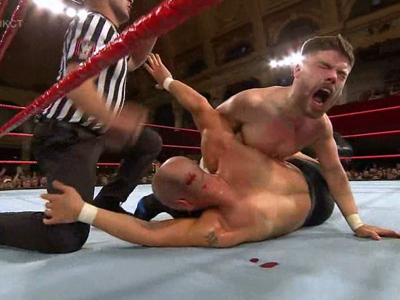 Burch kicks out before the three count but loses his match against Devlin. Photo Courtesy: WWE Network.

The Moustache Mountain tag team of Tyler Bate and Trent Seven along with Jordan Devlin, Tucker, Danny Burch, Pete Dunn and former TNA alumni Mark Andrews proved to be the night’s showstoppers. Although their in-ring partnership was never acknowledged on the air by the announce team but certainly was by the rowdy crowd packing Blackpool’s Empress Ballroom, Bate and Seven had fantastic bouts while former NXT superstar, Burch, Dunn and Tucker proved why they are ready for a big league push. The high-flying Mark Andrews? Now that he has left TNA, sign him up for 205 Live, like, yesterday.

Bate, Tucker in the closing match and Devlin, Burch were the best contests of the first evening of the tournament. The unpredictable Pete Dunn had the moment of the tournament thus far though when he put the boots to hometown fave Sam Gradwell as William Regal was introducing Sunday’s match-ups at the end of the broadcast. Regal, of course, blew a gasket.

The tournament continues tomorrow on the WWE Network at 3PM ET.

Seven makes somewhat short work of the Ken Shamrock-inspired Dyer. Dyer misses a frog splash and Seven knocks him into next week with a spinning back-fist and a Kazuchika Okada-like Rainmaker clothesline for the win. 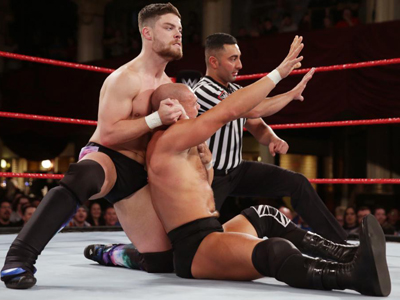 Devlin was trained by Finn Balor and Burch used to wrestle in NXT for a time. Hard-hitting encounter with Devlin turning heel by posing often, patting himself on the back and asking the crowd if Burch is the best the UK has to offer?

The match ends in confusion with Burch catching a roundhouse kick which busts open the back of his head. Burch kicks out before the three count falls but is declared the loser. What the heck, WWE? The crowd cries BS! As Bad Ass Burch holds a cloth over his wound, he shakes Devlin’s hand. Devlin superkicks him in the face for his troubles. As Jack Gallagher would say, What a scoundrel, indeed!

The crowd has a little fun by commenting on Huxley’s long hair and beard by chanting…Let’s go, Jesus! Funny that. 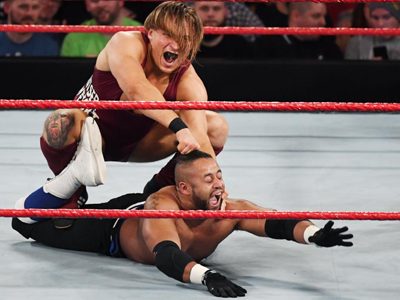 Johnson is a former powerlifter who has only been wrestling professionally for two years but executes some great moves and has great ring presence for a rookie. Dunne, nicknamed “Bruiserweight”, is a younger, probably crazier version of Fit Finlay.

With his Daniel Bryan ring attire, including a furry vest, the maniacal Dunne puts Johnson away with his Bitter End finisher. Sign Dunne now.

Two heavy hitters collide. T-Bone starts the match hot by viciously head-butting Wolfgang during their handshake. I like this guy already.

The charismatic and surprisingly agile Wolfgang soon takes over, laying a pounding on T-Bone. A wicked swanton bomb by Wolfgang notches him the win.

While many expected this match to steal the show, I was underwhelmed. James Drake, decked out in black, is another hometown hero who outshines Conners throughout the match and actually controls much of it as well. Conners hits his finisher (hammerlock cradle DDT) which used to be called Righteous Kill but has now been renamed DLD – Don’t Look Down. Drake was robbed.

Moloney is just no match for Andrews, who has the crowd on their feet with his flippy skills. 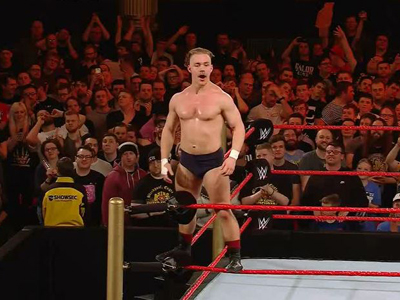 A great match from bell to bell. It is hard to believe that the 19-year-old Bate already has such commanding ring presence, persona and such sharp skills. He definitely has a bright future no matter what happens after the tournament. Tucker reminds me of Neville in so many ways. It would be great to see him compete on 205 Live.

In a match worthy of any flagship WWE broadcast, Bate and Tucker go at it inside and outside of the ring with the best sequence being Bate catching a diving Tucker with a punch to the chops. Tucker hangs from the ropes by the heels of his boots before Bate tries to suplex him on the floor. Tucker flips over Bate and pushes him in the direction of the ring stairs. Bate hurdles the steps but Tucker leaps on them taking Bate down with a hurricanrana to the floor.

Tucker knocks Bate out of the ring with a brutal superkick but misses with a swanton bomb. Bate hits the Tyler Driver for the 1, 2, 3.