Mat Matters: A last indy run for an Extraordinary Gentleman 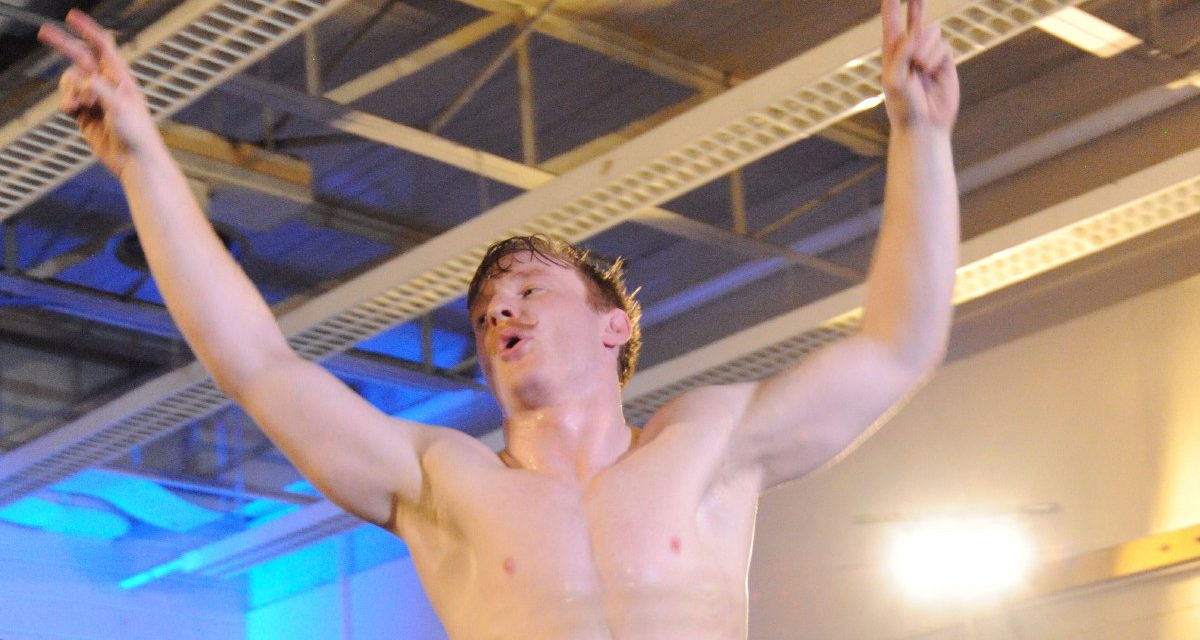 On Sunday, while heading down to a Smash Wrestling show in Toronto’s west end, I found myself explaining to my nine-year-old son how there is a fairly-recent tradition of wrestlers just-signed by WWE doing a victory lap of sorts on the indies, offering fans a chance to say thanks before they adapt to the giant WWE machine.

I explained how a wrestler signs a contract to appear on a show, and as a person is only as good as their word, it’s important to fulfill dates that they had booked. Now, there are occasions where that doesn’t happen, but certainly in the more recent timeframe, WWE has recognized the need to have a healthy independent wrestling scene so that there will be future stars in WWE.

Of note, Johnny Gargano, who we’d seen perform and met a few times at SMASH, got a nice send-off by EVOLVE fans a weekend ago (and then got married this past weekend). Cedric Alexander in Ring of Honor knew he was off to NXT and so did the fans. 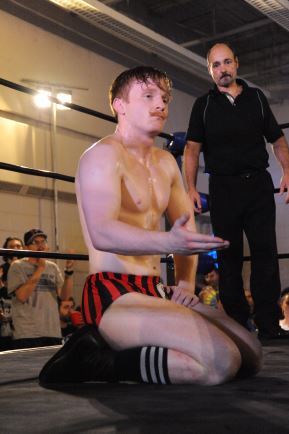 Jack Gallagher after his bout. Photos by Mike Mastrandrea

The example in front of us on Sunday afternoon was cruiserweight Jack Gallagher, in town for a Progress Wrestling versus SMASH Wrestling storyline. The well-dressed Gallagher, a native of Manchester, England, was one of six names revealed by WWE as its new cruiserweight roster for Monday Night Raw.

So there was Gallagher, dressed to the nines — he’s “The Extraordinary Gentleman” after all — sitting in on a question and answer session along with fellow Brits Mark Andrews and El Ligero (who only spoke through a translator), and then performing in the ring, beating John Greed.

There’s little doubt that Gallagher has charisma. He’s small (5-foot-8, 167 pounds) but has something unique, and it’s not just his throwback look. The fans buy into him and his ring entrance took me back to the passion that Bryan Danielson elicited when he came out to Europe’s “The Final Countdown.” Did that immediately translate to success for the re-named Daniel Bryan in WWE? No, that took time, but it happened. If given the chance, which is hardly a guarantee since no one seems to know what’s up with the whole cruiserweight division, Gallagher could be magic.

In particular, he seems to thrive living the gimmick. The 26-year-old Oliver Claffey has truly become Jack Gallagher, which is a throwback of a different sort. He listed his influences as British stars like Les Kellet, Johnny Saint, Steve Grey, Billy Robinson, Dynamite Kid. as well as the original Tiger Mask Satoru Sayama.

During the Q&A session, Gallagher was asked about WWE’s Cruiserweight Classic tournament, and what he knew and when about how far he’d progress. “I was contacted in January of this year,” he said, and that was as far as he’d reveal. “I was to do the qualifiers at Progress, and that was the beginning and end of the information I was given, because it’s a competition.” He beat Pete Dunne in the UK qualifier and then Fabian Aichner in his CWC first round match, losing to Akira Tozawa in the second round.

He’s got a great wit too. Gallagher was asked for advice on growing a mustache. “If you’re anything like me, grow a beard first, because there’s a week where it just looks terrible. So grow a beard and once it’s firmly developed, decide on a certain style,” he said. “For maintenance, I have a tweed washbag with me that has a mustache comb, so I comb it twice a day.” Then there’s the waxing and the advice to skip the beard shampoos — “if you actually look at the ingredients, it’s just shampoo.” 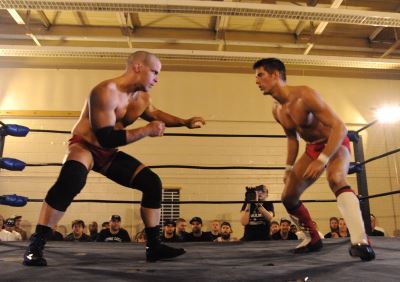 Tyson Dux gets his rematch with Zack Sabre Jr.

By comparison to Gallagher, there was also Zack Sabre Jr. on the card, who made the semifinals of the CWC. Sabre Jr. was put in a rematch against Ontario indy darling Tyson Dux, who he beat in the CWC first round. Dux has since complained about being handcuffed in the CWC about what he could and couldn’t do, and let it all out in the bout Sunday at the Franklin Horner Community Centre, including a second-rope standing suplex before winning the rematch.

He’s a completely different cat than Gallagher, with a build more reminiscent of a skinny volleyball player than a pro wrestler. Sabre Jr.’s charisma is there too, but very different, more athletic than playful, if that makes sense.

As for Dux, if anyone deserves a break and a job with WWE, it’s him. He’s earned it, and all I hope is that he gets a chance to do his own victory lap across the province before he heads south for good.

The whole victory lap works in WWE’s favour too, as fans will now turn in to the shows just to see what happens with some of their indy favourites.