Nicole Savoy the Heart of SHIMMER

In October 2014, Nicole Savoy realized her dream. No, she didn’t sign with WWE or TNA, nor was she leaving for Japan. Her dream was to wrestle for SHIMMER.

Those two dates, October 18 and 19, are ones that Savoy will never forget. On those days, she wrestled — and lost — against Heidi Lovelace and LuFisto. But the losses didn’t matter. She had reached a personal goal, to wrestle for arguably the best women’s wrestling company in the United States. 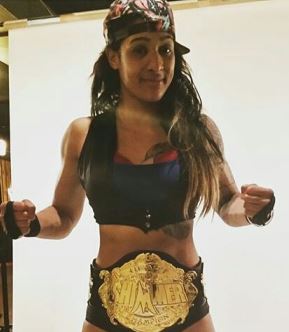 Nicole Savoy with the SHIMMER Heart title belt on the night she won it in April. Photo by Stephane Bruyere

“There were girls in my training class that were saying, ‘I wanna get signed by WWE’ or, ‘I wanna go for TNA’. That’s cool, but I wanted to wrestle for SHIMMER!” she told SLAM! Wrestling in an exclusive interview. “I was really nervous when I started there. I knew who everybody was in the locker room, but at that time I didn’t have a lot of experience yet and nobody knew who I was, so I felt there was a lot of eyes and pressure on me. I’m not going to lie, I was scared.”

Fast forward a year and a half, and she became the first winner of SHIMMER’s newest title, the Heart championship, in Dallas, Texas, over WrestleMania weekend.

“I cried, even before the show. I looked at everybody, and was like, ‘Me? Are you guys serious right now?” she said. Savoy defeated four opponents in a one-day tournament to crown the first Heart champion. She beat LuFisto in the first round, Kimber Lee in the semis, and in a three-way final, she defeated Candice LeRae and Lovelace. What people may not know is that she wrestled that last match injured, as she had muscles spasm on her lower back. And to top what was already a good weekend, the rumour mill has it that she was the only woman that WWE scouts were talking about at the conclusion of the biggest weekend in pro wrestling. 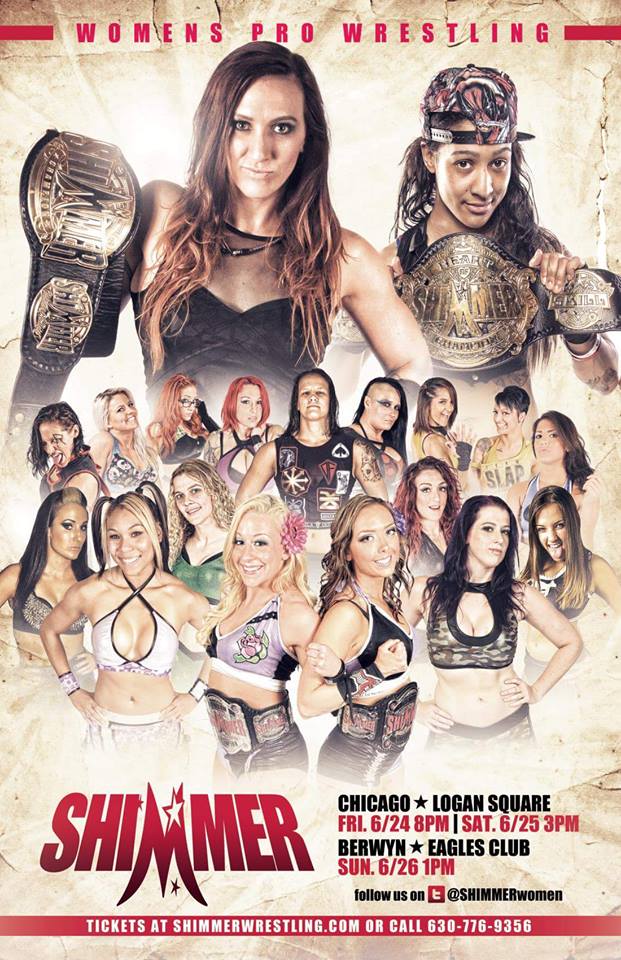 “I was surprised that my name was the one that came out,” she said. “It’s really cool to see that they are interested in me. But I haven’t heard anything yet. I’ll believe it when I see it.”

Born Nicole Matthias on November 3, 1985, in Pulaski County, Missouri, she wasn’t a wrestling fan growing up.

“My sister was the wrestling fan and me and my brother would tease her a lot, saying it was fake and stuff. One day we came home, and we saw Ivory and Jacqueline and that’s when we got into it. I was about 14 years old then.”

Almost 10 years went by before she took her first wrestling lesson. She served for two years on a military base in Shreveport, Louisiana, before moving to Sacramento, California. That’s where she started going to various wrestling shows around town and started being a valet. She then moved to Virginia, attended Duane Gill’s Gillberg Pro Wrestling Academy, and had her first match, before coming back to the West Coast, in Elk Grove, just south of Sacramento in Northern California. That’s when she met Sacramento’s Oliver John, who was the head trainer of the Sacramento Wrestling Federation.

Despite being the birthplace of great women wrestlers such as Cheerleader Melissa, Sara Amato and Bayley, women’s indy scene wasn’t really that big at the time, especially compared to the Midwest or the East Coast, with the likes of SHIMMER, WSU and NCW Femmes Fatales.

“The only place where you could actually wrestle and who were bringing outside talent was the AWF,” Savoy noted. “I have considered moving back to the East Coast, maybe the Midwest.”

But once she did SHIMMER, she was a hit instantly. Very shy in real life, Savoy is a tremendous heel, who oozes charisma and keeps talking trash to the fans and to her opponent during the course of the match. If you think she was influenced by some great pro wrestlers, you’ve got it all wrong. Wesley Snipes was her influence. Yes, that Wesley Snipes.

“I get a lot of my influence from Wesley Snipes’ character Simon Phoenix in Demolition Man,” she said, laughing. “That’s one of my favorite movies of all-time. He plays a bad guy but he also talks a lot of mess while he was fighting. He would throw cheesy funny one-liners every now and then that almost make you hate him, but then you like him at the same time. And at the end, it’s the biggest payoff ever. That’s really where I got the whole Savoy character.”

Her style is very down to earth, “throws and kicks” as she would describe it herself. If Ivory, Jacqueline and Trish Stratus were her favorite WWE women wrestlers, and Cheerleader Melissa, Sara Del Rey and Daizee Haze their equivalent on the indy scene, she also idolizes some very talented male wrestlers.

“I’m a huge Dynamite Kid, Dean Malenko and Chris Benoit fan,” she said. “I know a lot of people have flashy-flipidy flip moves and stuff, but I’m more like throws and holds and submissions.”

And suplexes, as she is known as the Sacramento Suplex Machine and the Queen of Suplexes, a story she enjoys telling.

“Doing commentary, Veda Scott, at SHIMMER in San Jose last year called me the Sacramento Suplex Machine. Then I was training with Jeff Cobb (Lucha Underground’s Matanza) and told him about that, and he said, ‘Well then I’m the King of Suplexes!’ and I said, ‘Then I’m the Queen of Suplexes!’ and that kind of stuck.”

Now 30 years old, she is a mainstay at SHIMMER, and is being flown to the East Coast for such companies as Queens of Combat and Absolute Intense Wrestling. With WWE hiring more women than at any time in recent memory, now would be a good time for her, mainly because of her age.

“I wouldn’t be opposed to getting signed by WWE, but my goal is to go to Japan. Or if that doesn’t happen, hopefully hold the SHIMMER title, because that’s what I had my eyes set on even before I started wrestling for SHIMMER. I don’t feel any pressure because of my age. I feel like I’m where I’m supposed to be and I’m happy where I’m at.”

Does she regret not having started training earlier on in life?

Savoy will be part of a three-day SHIMMER weekend in Chicago and Berwyn, Illinois, where Dave Prazak’s group will tape SHIMMER volumes 81 to 85. Tonight’s match is already confirmed, as she will defend her title for the very first time against Crazy Mary Dobson. For more information about SHIMMER and this weekend’s shows, you can visit http://shimmerwrestling.blogspot.ca/.

Pat Laprade isn’t surprised by the recent buzz surrounding Nicole Savoy. He was there live at her first SHIMMER tapings and knew right there she was something special. Although he won’t be able to attend the shows this time around, he wishes everybody a fun time and will be back in the fall. Pat can be reached at [email protected], or his Facebook page and Twitter.