DETROIT, Mich. – Before I start, please believe this is me writing, and not my Dad. I love NXT, and last night was probably my favorite wrestling show I’ve ever been to. NXT is so much better then WWE because of the amazing matches and awesome crowds. This was a perfect example.

NXT was at the famed Royal Oak Music Theater, which is near the Detroit Zoo, about 15 minutes from downtown and the Joe Louis Arena, where WWE usually runs. Dad says it’s a “hip and trendy” part of the city, as if he knows what that means. 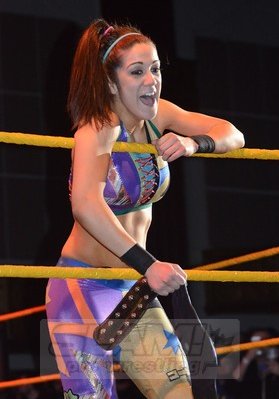 Bayley loved the reaction from the live crowd. Photos by Brad McFarlin

The place was packed though, with probably 1,500 people there, and long lines before the show began.

I love the “smart” crowds, and usually the wrestlers do, too. Bailey was enjoying the heck out it with the affection she was getting from the people.

I could tell that Sami Zayn was as well with the crowd singing his theme song, and his old “Ole! Ole!” gimmick.

Of course, Enzo and Big Cass got a loud reaction with their pre-match quotes. I also screamed with Enzo and Cass because I’ve been memorizing their promo ever since I saw them. That felt good.

Another thing about NXT is that we will cheer for the heels if they do something cool. I marked out at the Vaudevillians entrance just like everybody else. I believe you can find a video of this on the NXT Twitter account.

We also cheered for Samoa Joe because he is that good of a wrestler even if he plays heel.

I also like how you can tell that the wrestlers are adoring their ring time instead of just sticking to their gimmick.

A lot of my liking NXT is the crowd itself, but the wrestling is what seals the deal. These guys obviously work very hard to become as good as they are.

Even the Carmela versus Alexa Bliss match could have gotten a “this is awesome” chant.

This is why I love NXT better then any other company. I was so happy that I could finally see NXT live. 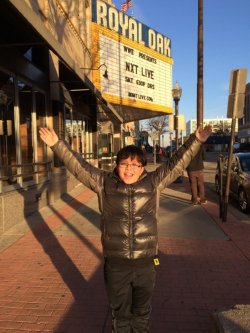 Photographer Brad McFarlin and his 11-year-old son Matthew have become a good tag team for SLAM! Wrestling in the Detroit area.