Edge adapting nicely to a variety of roles 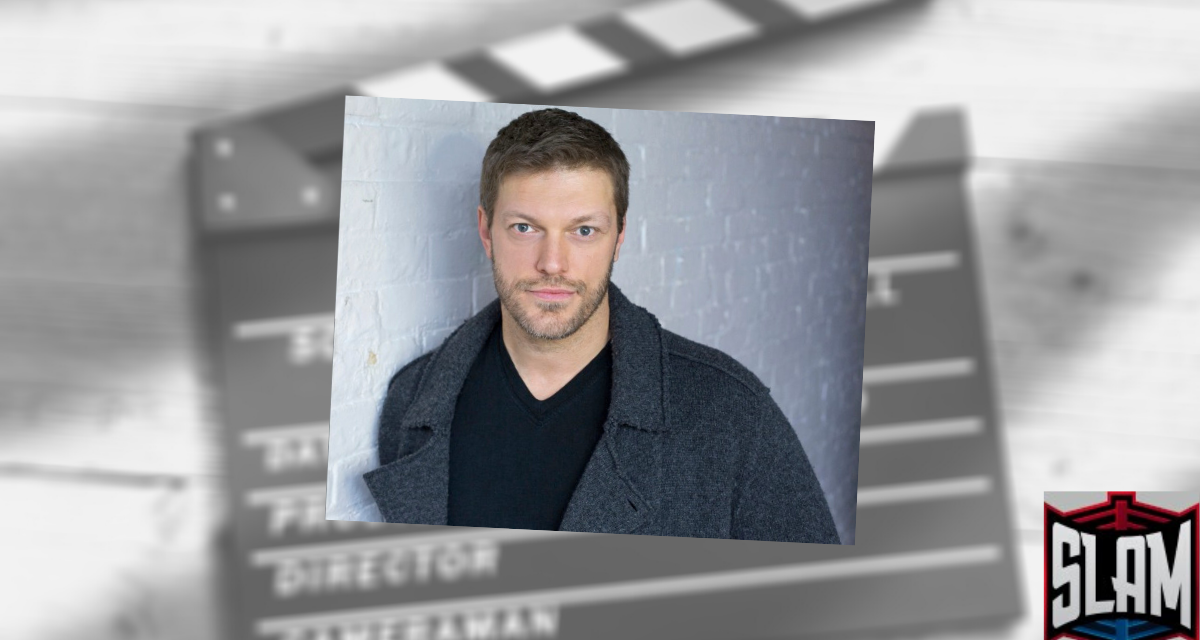 Adam Copeland is getting used to playing many different roles: retired wrestler, TV host, supervillain … and, most importantly, father.

He was in Toronto on the weekend for a variety of things too — to see his mom, to film a couple of days on a movie, to participate in CBC’s Canada Reads, and to appear in a documentary about one of his trainers, Sweet Daddy Siki.

Copeland was as surprised as anyone at how the days went down — “everything actually went according to plan,” he chuckled over the phone.

After retiring abruptly because of neck issues in April 2011, Copeland has pursued acting, armed with the accumulated knowledge of his years in WWE.

“With WWE, it was every night, every night, year in, year out. When you get used to that, always knowing when the next gig is coming and all of that, there’s a certain sense of comfort that comes with that,” he said. “One of the things that I had to understand with [acting] is it kind of feast or famine. You do a bunch of auditions, some hit, some don’t, and you can’t take it personally.”

Exhibit A for wrestler-turned-actor is The Rock Dwyane Johnson.

“Then you’ve got a guy like Rock, who’s in his position. He’s writing and making stuff and telling them what he’s going to make, but not everybody’s in that position,” said Copeland. “It’s an interesting little difference there that I guess I knew going in. I think if acting had been my only gig, I might have been worried about that. If all I ever wanted to be was an actor and that’s what I was trying to do, and I was a starving artist since I was 17 years old, if I didn’t already have my wrestling career under my belt, I’m sure it would be something, ‘Oh, okay, this is strange.’ But one of the great things of having worked for WWE for so long and having the career I had is that I’m doing this because I like it, which puts the power in your hands in a sense, because you’re not just scrambling everywhere to try and get the next part.”

His meatiest role to date was on the recently-cancelled Haven, on the SyFy channel, where he was Dwight Hendrickson. 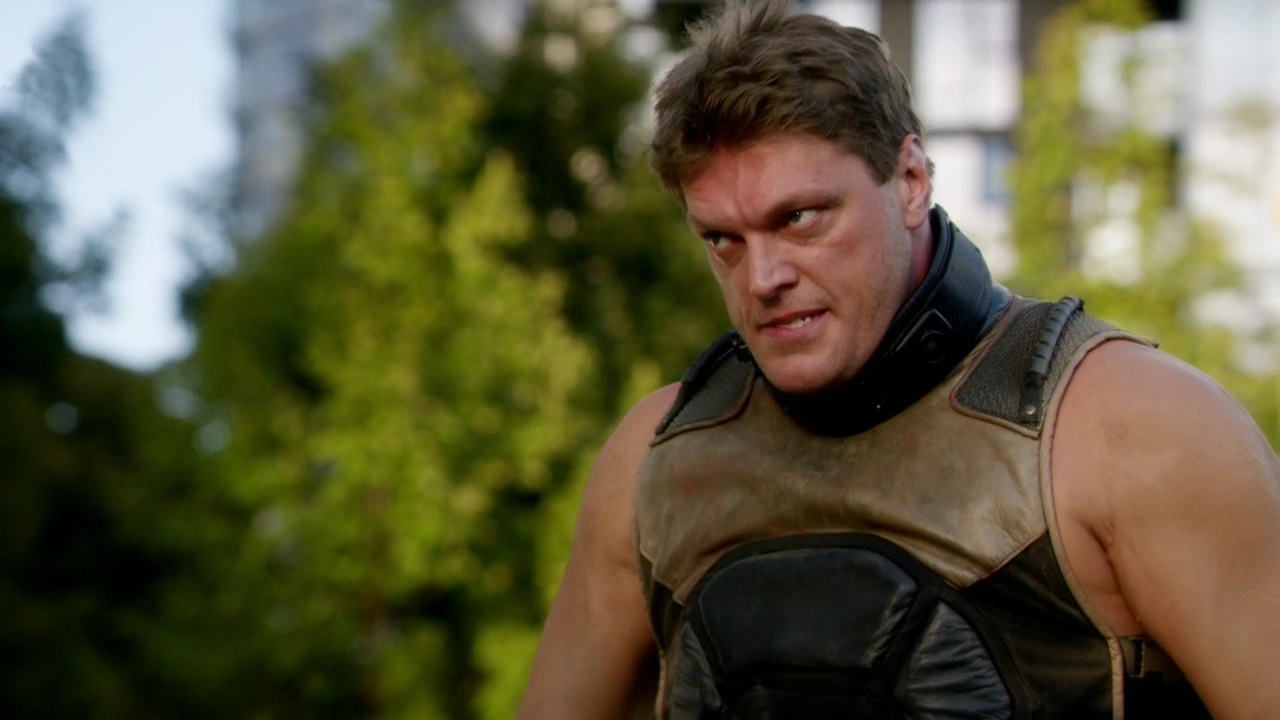 But his BIGGEST role, by far, was playing Atom Smasher on The Flash, where he grew to 14 feet tall and beat up the speedster in the season opener this fall. Though his character didn’t make it to the end of the show, he could return mused Copeland. “With all their Earth 2s and stuff, you could definitely make a case that he could be back.”

At the other end of the spectrum is a role in a short film, Dumb Luck.

“Just as fulfilling is playing a dad who’s down on his luck and his son wins the lotto, for a short that we did up here in Toronto,” he said. “It was so entirely different than most of the things that I get asked to do. That was a lot of fun. It was fun to play the dad that’s wearing socks with sandals after work with his tie loose.”

When he’s home with wife Beth Phoenix and their daughter, Lyric, Copeland assured he is more of a barefoot guy than sandals and socks.

Being a father has been a great experience, and helps with the acting too.

“It really does give you a different range of things to play,” he said. “I feel, ‘Okay, I could play a dad now, and understand the feelings that are attached to that.’ Whereas before, how could you?”

In October 2015, Copeland had wrist surgery, and it’s still not perfect.

“I need to get that right and rehab it, and really go after it. That’s always been my mentality with surgeries. Plus it was in a cast, so there wasn’t a lot I could do. I’m just now getting back on the horse,” he said.

There’s an added bonus of being around home and watching his daughter growing up while recovering. 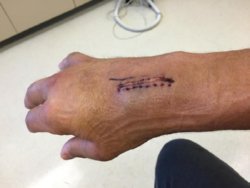 Copeland shared a photo of his wrist after surgery on Twitter.

“It’s been amazing having the time to just be there so much of her life,” he said. “Even we were filming Haven, they came out and we lived out there. And then from there, anything I’ve done, whether it’s a quick movie here, a quick movie there, it’s two-week bursts, and that’s really nice, because then I’m home for two to three months. I know it’s possible, but I don’t know how guys did it while they were on the road so much. At least with my wiring, I know that being there as much as I am is very important, not only for her, but for me too.”

Upcoming is a return to the world of WWE — Edge and Christian’s Show That Totally Reeks of Awesomeness, set to debut soon on the WWE Network.

“Eventually they talked me into it,” laughed Copeland, explaining that he wasn’t exactly reluctant, but unlike his buddy, Christian (Jay Reso), he’s not under a WWE deal. “He’s still under contract, but I’m not. I think the sell job had to be to me.”

The show does reek of awesome unpredictability.

“They’ve given us a lot of range to just start writing stuff and come up with a lot of weird things. So far, nobody seems to be batting an eyelash,” he said. “We’ll see once it airs if we still have that kind of freedom. As of right now, it’s just been fun. It was a nice little dip of the toes back in after the surgery to do something creative again.”

The duo will be taping segments WrestleMania weekend.

“I haven’t been in a few years, since they inducted me, actually, just because I was always doing something,” he said. “This year, I think we’re going to try and go out and do some filming for our show, and just get it all in one fell swoop, get some filming done with current guys that are on the roster, because you don’t want to ask them to fly up to New York on a day off.”

Given his training at the hands of Siki and Ron Hutchison, Copeland has an appreciation for names that came from the past too, and hopes to get some of them on camera.

“Some of these ideas are just so, so goofy and out there,” he said. “What we’re hoping too is that with some of the legends and everything is they kind of get some exposure, so hopefully they can up their indy prices.”