This week’s edition of Raw ended with no mention whatsoever of Sting or the injury he suffered at Night of Champions. Why am I not surprised? Just another example of the disrespect the WWE has shown the wrestling legend. 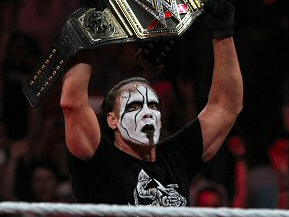 In retrospect, Sting should never have signed with the WWE. He should have retired or moved on to some other venture. As a loyal Steve Borden fan, these words are difficult to say and even harder to admit but it is the truth.

As someone who has followed the legend through all of his accomplishments in WCW and TNA, from his Venice Beach day-glo Stinger persona to his melancholy Crow gimmick, Sting’s legacy would have been better served if he had just hung up his tights and walked away from the business or perhaps backed another horse. Tagging with the WWE has done nothing for his legacy but tarnish it, as I suspected it would be based on the WWE’s dismal track record. 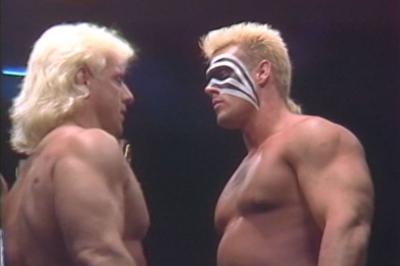 The treatment and portrayal of many former seminal ECW and WCW stars in the past such as One Man Gang (Akeem?) Vader, Harley Race, Taz, DDP to name but a very, very few, has been disgraceful and insulting to viewers who are fans of pro wrestling NOT just the WWE. Fans who recognize and appreciate those successes even though, try as it might, the WWE tries to sweep them under the carpet just because they didn’t happen in a WWE ring.

Check out or rewind the ludicrous Invasion angle in 2001 to see this attitude at its very worst.

When it was announced Sting had signed with the WWE and would be wrestling at WrestleMania, I was excited not just for his career but what the future might and could hold. Like the resurgence Hulk Hogan experienced in 2002 after WrestleMania X8, I had hoped Sting would perhaps have yet another rise to glory, stage those dream matches and perhaps be a guiding force in the WWE.

I should have known better.

As Sting’s WWE portrayal began to play out, my hopes began to quickly fade. From the unnecessary and persistent digs at WCW, to the anemic ‘Best of Sting’ DVD release, to Sting’s voice and appearance on Raw being pantomimed, to his depiction at WrestleMania; it has become very clear the WWE would be giving Sting the Rob Van Dam and Chris Jericho treatment. He would be trucked out for marquee value alone, the WWE cashing in on his career and then jobbing him out to younger stars. 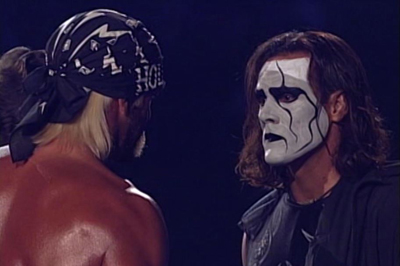 How can anyone take such a portrayal seriously? How can any fan become invested in such weak booking? It has all just been a big slap in the face.

Sure, it is common courtesy and tradition for veterans to repay their elders by passing the torch and lending a helping hand to the next generation of superstars. Veterans and greenhorns can share the same stage and play off each other well but treating a legendary headliner like Sting as a jobber and continually ridiculing his accomplishments by doing so is appalling. For the simple-minded JBL to say at Night of Champions, for example, that Sting never fought an opponent of Seth Rollins’ caliber before is utterly ludicrous. Ric Flair, Vader, Cactus Jack, The Road Warriors, The Four Horsemen, The Great Muta and Hulk Hogan were just chumps, I guess. Of course JBL fails to mention how many opponents a wrestler of Rollins’ caliber has legit injured this year alone.

Sting’s WWE’s stint should have been another jewel in the crown of an extraordinary career. Like Hogan or Shawn Michaels in 2002, Sting’s return to prominence supported by the WWE could have lit a fire under the company, brought lapsed fans back into the fold and breathed some new life into the stale product. 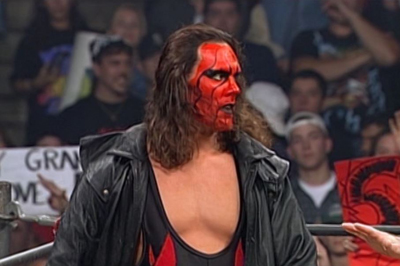 Instead, fans are seeing another legacy being mauled at the hands of the WWE, a company who thinks The Authority dancing with New Day is the height of entertainment. Ain’t that right Vince? Talk about being completely out of touch.

The WWE ignoring Sting on Raw after he main-evented Night Of Champions was the last straw. It seems as though Sting’s greatest fears of signing with the WWE have become a reality. Without any real respect or support his stint has been just a sad and cruel joke on one of wrestling’s true unforgettable icons. No matter what the future holds for him, Sting will always be remembered for his passion, his creativity, his dedication and ability to evolve over the years. No matter what they do or don’t do, say or don’t say, the WWE can never take that away from him.