Q & A with Bertrand Hébert, author of Pat Patterson’s book 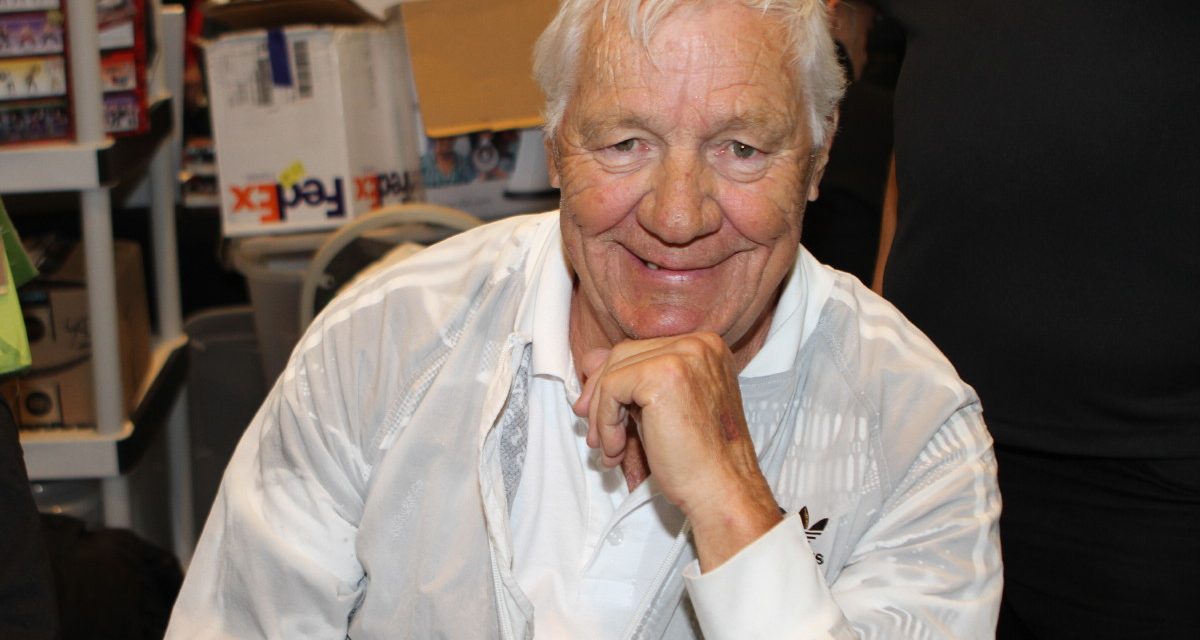 When ECW Press announced that the Iron Sheik autobiography, written with Keith Elliot Greenberg, had been shelved by WWE, there was a note tacked on at the end of the press release about an WWE book that WAS coming out — Pat Patterson’s life story.

Since Hébert is an occasional SLAM! Wrestling contributor, it was a relatively easy task from there to find out a little more about the book, which is yet to be titled.

Q: How did you and Pat Patterson hook up to write his autobiography? 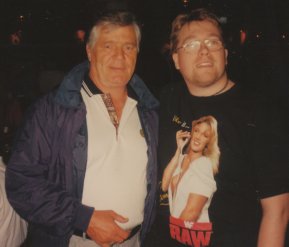 Pat Patterson and Bertrand Hébert met almost 20 years ago at a WWE house show in Montreal. Who would have known they’d be working together all these years later?

A: I was the booker and head writer on the TOW wrestling pilots in 2013 that aired on RDS2. Pat was involved since it was a project run by Sylvain Grenier and Marc Blondin. We had meetings about booking and I also helped produced “Le Brunch” interview segment that Pat was hosting in episode two. We started to talk and we clicked; he could talk to me about Sylvio Samson, his first promoter in Montreal, Ray Stevens, and Shawn Michaels without me skipping a beat or stopping him to get an explanation. As Pat had been trying to get this project going for quite some time he decided to submit my name as a candidate to help him write the book. Pat Laprade and I had just had Mad Dogs, Midgets and Screw Jobs published and the French version was about to come out. I had credibility, but more importantly Pat was sure he could work with me.

Q: What was he like to work with? Did you do most in person or on the phone?

A: It was great as Pat is always about having fun — and we sure did, but got work done too. Since Pat spends most of the summer in Montreal, we were able to work together in person, I even spent a week in Florida during the winter and was able to help him sort out and scan his photo collection. It was a learning experience each time to speak with such a giant of this industry. It was a big bonus for me personally to exchange opinions with him.

Q: Having dealt with Patterson before, both in interviews and in person, he is quite a character. Were you able to get him to focus?

A: It was a learning process for both of us and we quickly found out we did our best work if we limited the length of each session and didn’t meet more than two or three days in a row before taking a break. Pat was really motivated and he wanted to get it done, so it went pretty smoothly overall.

Q: He is also notoriously profane. How did you address all the swearing?

A: I have the unedited version of the story and it will be in the vault. I have toned everything down and found other ways to convey his colourful stories. I’m sure with the fine folks at ECW Press will be able to edit a great book.

Q: Pat Patterson was one of the first gay wrestlers that all the workers knew was gay, even if he didn’t come out until a few years back. Is the homophobia that existed at the time addressed? 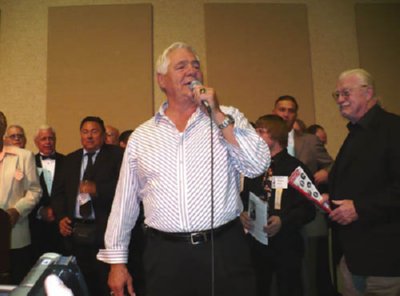 Pat Patterson croons “My Way” at a Cauliflower Alley Club reunion in Las Vegas in 2008. Photo by Steven Johnson.

A: That’s the most surprising part — there were some issues along the way, but he was so good at what he did that it never lasted. He had so much respect from most of his peers that, business-wise, it rarely played a part. Hiding constantly in plain sight was the hardest, It’s at the core of the story he wanted to tell.

Q: What is the balance of his wrestling career compared to his years as a booker and scriptwriter/finish writer?

A: I left no stone unturned we talked about everything. No matter the era, where you remember him the most, I think everyone will learn something new about Pat Patterson. There is plenty from his early days in wrestling and also plenty about his time with WWE.

Q: What surprised you the most about talking to him?

A: Often people who were stars at his level are obsessed by the business, especially when it’s over. It’s probably the secret of his success, he doesn’t consider the business life and death and he never did.

Q: Would you converse in French and English?

A: That was another big plus in my favour. He could switch languages depending on the era where the story took place and we would just keep going without noticing. He could not have done that with any other candidate for the job.

Q: What restrictions were presented by WWE or the publisher?

A: We have already addressed the colourful words he often uses. Obviously, I had to keep the Pat Patterson’s voice. The most difficult part was to make sure it was about the story of his life and not of the championships he won or the WrestleManias he was part of. That wasn’t what what I wanted to do either after speaking with him. Still, you always question yourself along the way, wondering if you have the right balance. In the end, I think we did.

Q: What’s next for Bertrand Hébert?

A: Well, I have been working on the first selection of the pictures and will be working closely with ECW Press and Pat Patterson until publication in the spring of 2016. Pat Laparade and I will also be working on the Mad Dog Vachon biography translation for the end of the same year. That still leaves me with plenty of time for another project that will hopefully present itself shortly, like they all did right after each earlier project.