To the fans and the roster of Deathproof Wrestling, the company doesn’t put on shows as much as they host family reunions. Sure, reunions full of beer, blood, and barbed wire — but family reunions nonetheless. This Sunday, in Etobicoke, Ontario at the company’s “Till Death do us Part” show should be no exception, according to two of the major participants at the event: wrestler Eddie Osbourne and manager Adam Haze. 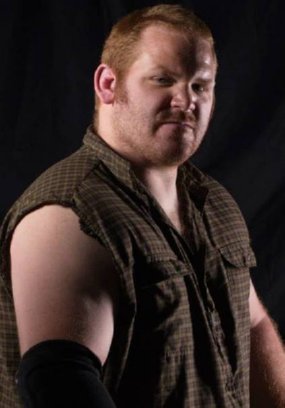 Osbourne, an Ontario wrestling veteran who promotes the Pure Wrestling Association in both Ontario and British Columbia, is actually making his Deathproof debut on Sunday, taking on Deathproof promoter Warhed (Chad Gowing) in a “That S***’s Sharp match, where each corner will feature some kind of sharp, pointy weapons that can be used. It’s expected that this could be Warhed’s last match ever in the company.

To that end, the fact he’s facing Osboure is a somewhat unlikely full-circle story. Warhed got his start in wrestling when Osbourne took the then fledgling rookie under his wing ten years ago and brought him into PWA. But the two had a bit of a strained relationship in more recent years.

“I held a grudge that Deathproof even existed,” explained Osbourne. “because I didn’t like the idea of Warhed running his own ship, when he could be helping build the PWA brand.”

“I thought he was a jackass for starting a fed and running in the towns I ran, when I felt I was one of the only people who gave two s***s about him when he was going through some really tough times fighting depression. Over the years, though, I let go of the grudge. I realized that Deathproof saved the guy, gave him a new passion of life, and that is a good thing he started it.”

“(When he) texted me and asked if I would be in his last Deathproof match, I was honoured he would select me. I thought it was a request I couldn’t deny, considering the past we’ve had.”

Besides that marquee matchup, the other major storyline heading into the show is the war between Team Deathproof and the evil Salvation faction, which is headed up by Adam Haze. The feud has intensified for the past year with Haze becoming the subject to a lot of hatred from the fans thanks to his cocky attitude and boastful personality. That and him making it his mission to get rid of the company’s hardcore element and make it more traditional. Sunday’s show will be the culmination of the war, with a series of matches pitting Salvation against the Deathproof faithful, winner take all.

Though his role requires him to badmouth the company at every opportunity, in real life, Haze (real name Adam Barna) has nothing but praise for the company, for which he started off as the ring announcer.

“After my first show,” Haze remembered, “despite trying to ring announce with a microphone that didn’t work half the time, I was hooked. I was hooked by how different Deathproof was. It wasn’t just a company with blood and guts or even weapon filled matches in every match. It had young talent looking to make a name for themselves and prove they deserve to be highlighted in other promotions not just in Ontario, but the world. Guys like Michael Elgin, Josh Alexander, Ethan Page, Justin Sane, Ty Colton, Jesse Amato — all men who have gone on to do amazing things in this business.” 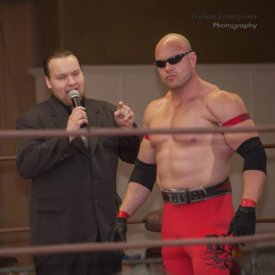 In addition to homegrown talent, the company has also brought in some international stars, such as Necro Butcher and Steve Corino – who actually put Haze through a table at a show earlier this year. That was easily one of the most memorable and popular moments in the company’s history. Fans still celebrate that moment by taunting Haze online with #HazeThroughATable comments on the company’s Facebook page.

“It really is the fans that make Deathproof,” he said. “At the end of the day, it is what it is is because the support of the fans. They are loud, wild and in your face. If they love you, they will buy you a beer and spend all night trying to hang with you for a few minutes. If they hate you, then they will do whatever they can do make sure you are treated lower then dirt. Believe me, I would know.”

“At the end of the day, though, Deathproof continues to deliver show after show and makes sure that the fans — the Deathproof family — have a great time.”