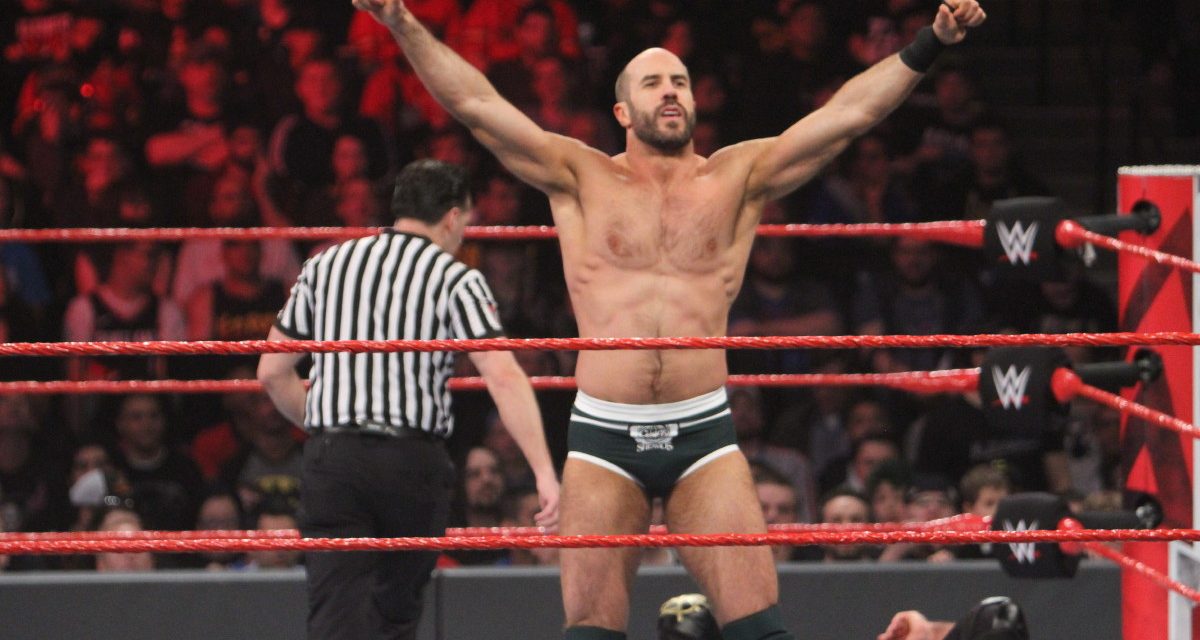 “My next goal would be to win the Intercontinental Championship and then combine those titles,” Cesaro revealed to SLAM! Wrestling.

The United States title itself has always held a special place in Cesaro’s heart. After being in the WWE for only four short months, he defeated then champion Santino Marella to win the United States Championship during the SummerSlam pre-show in 2012.

“That is the first title that I ever won in the WWE so I always hold it in very high regard. Many Hall of Famers have held the United States Championship so to me it means quite a bit,” said Cesaro. “A win means I would be a champion of the United States of America and they need a good role model like myself.” 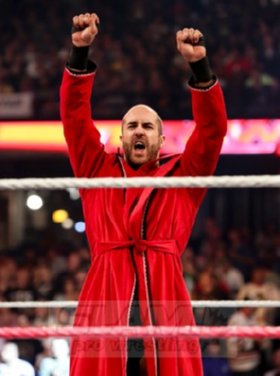 Cesaro at Raw this past Monday in Chicago. Photo by Ricky Havlik, RickyHavlik.com

In order to put his devious plan into action though, Cesaro must first defeat the current champion, Sheamus. Their recent match at the Night of Champions pay-per-view was a brutal, vicious slobberknocker with both men battering each other for over 13 minutes.

“When you are in the ring with Sheamus, it is always going to be hard-hitting. I knew what I was getting into but I know he got the worst of it. He just managed to get lucky in the end,” said Cesaro.

That recent loss to the fighting Irishman is still a sore spot with the King of Swing. In his mind, the official overstepped his bounds by shoving him out of the corner allowing Sheamus to perpetrate a sneak attack Brogue Kick. Since the pay-per-view the WWE officials haven’t been too kind to Cesaro with questionable calls on Smackdown and Raw; which Cesaro unequivocally terms as “bad officiating”. He hopes his luck will change at tonight’s show.

“I have a very unorthodox style and some of the referees are not used to someone competing at that high of a level. We may have to get some more senior referees up here,” Cesaro concluded.

Although he wouldn’t reveal his strategy for tonight’s match, Cesaro taunted Sheamus, promising to give him the fight of his life.

“Good luck, fella. You are going to need it,” said Cesaro mocking The Celtic Warrior.

Tonight’s match aside, one question still remains. What, if anything, is the Swiss Superman’s Kryptonite? The answer may surprise you.

“The problem is I am so good, I bring out the best in my opponents. Sometimes they are able to do things they would have never done before. My greatness is my own Kryptonite,” he said.

Tickets are still available for tonight’s WWE Live show which also features John Cena versus Seth Rollins in a Street Fight, The Big Show and The Usos against Bray Wyatt, The Wyatt Family and Dean Ambrose versus Kane.