As a wrestling fan who likes to take in as many different styles as possible, Saturday’s Ring of Honor show in Dearborn, Mich., was a stark reminder of the realities of the wrestling business.

My first ROH show was in November 2010 in Dearborn. I’d heard a lot of great word of mouth about ROH back then and watched some of their efforts on HDNet when I could. At that first show, I was completely taken in by ROH. The matches were awesome, the wrestlers were so athletically gifted and talented, and the crowd really added to the excitement.

Since then, I’ve attended several ROH shows in Dearborn, including Saturday’s. I don’t know what it was, but Saturday’s show felt as flat as I’ve ever felt an ROH show feel. But when you look at the rosters of that first show I went to in 2010 and now, it’s easy to see that WWE’s signing of some of ROH’s top talents are really being felt by the promotion. 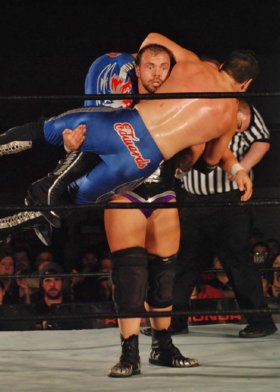 I was stunned by how I felt Saturday. I love watching wrestling in person. I’ve been so excited to go to each and every ROH show I’ve been to, knowing I’m going to get a night of fantastic professional wrestling. But looking at this card, it was tough to get excited. No championship defenses, the card depth hasn’t been replaced, and no super matches.

Maybe we’ve been spoiled with great cards here in the Detroit area. That first show I attended was “Survival of the Fittest.” The main event of a show here in January was the Briscoes defending the ROH World Tag Team Championship against the American Wolves.

Saturday, the action wasn’t bad. But it was missing something. The crowd wasn’t as into it was they were in the previous shows, either, so I knew I wasn’t the only one going through the motions.

It’s tough to replace the stars ROH has lost in recent years. In addition to the ones mentioned above, losing Bryan Danielson, Tyler Black and Austin Aries are obviously huge losses, as well. The new talent ROH has brought in can go in the ring, but they haven’t been able to connect with the crowd the way those others have. It seems to me like ROH has to do something, anything to get out of this funk the company is in.

When the company (wisely) made the decision to stop running live iPPVs last month, it was the right call after myriad issues, many of which have burned me. The last straw for me was April show during WrestleMania weekend, which cut out during the main event, causing everybody to miss Jay Briscoe’s world championship win. 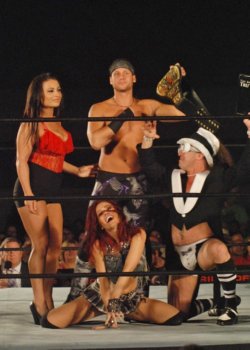 I’ve been waiting what seems like forever now for ROH television to break into the Detroit market. It hasn’t happened. As someone who wants to watch the product on his actual television when it airs (not on the computer days later), it’s awfully hard to do so.

ROH needs to succeed. The wrestling business is better off when ROH is doing well, giving great talent the experience they need to stand out and build themselves before moving on to one of the two bigger national promotions. For hardcore wrestling fans, ROH is great because it gives us the long-form, technically excellent wrestling matches many of us desire.

ROH’s tag team champions, Bobby Fish and Kyle O’Reilly, are great heels and fun to watch. Kevin Steen is must-see. Tomasso Ciampa and Adam Cole are two of the brightest young stars the company has. Then you have the long-time mainstays like Davey Richards and Eddie Edwards, plus great talents in Michael Elgin, Jay Lethal and Mike Bennett.

There’s a lot to be excited about, but unfortunately, it just feels like something’s missing. The company is not lighting the world on fire right now. Hopefully something (or someone) will come along and change that, because wrestling needs Honor.