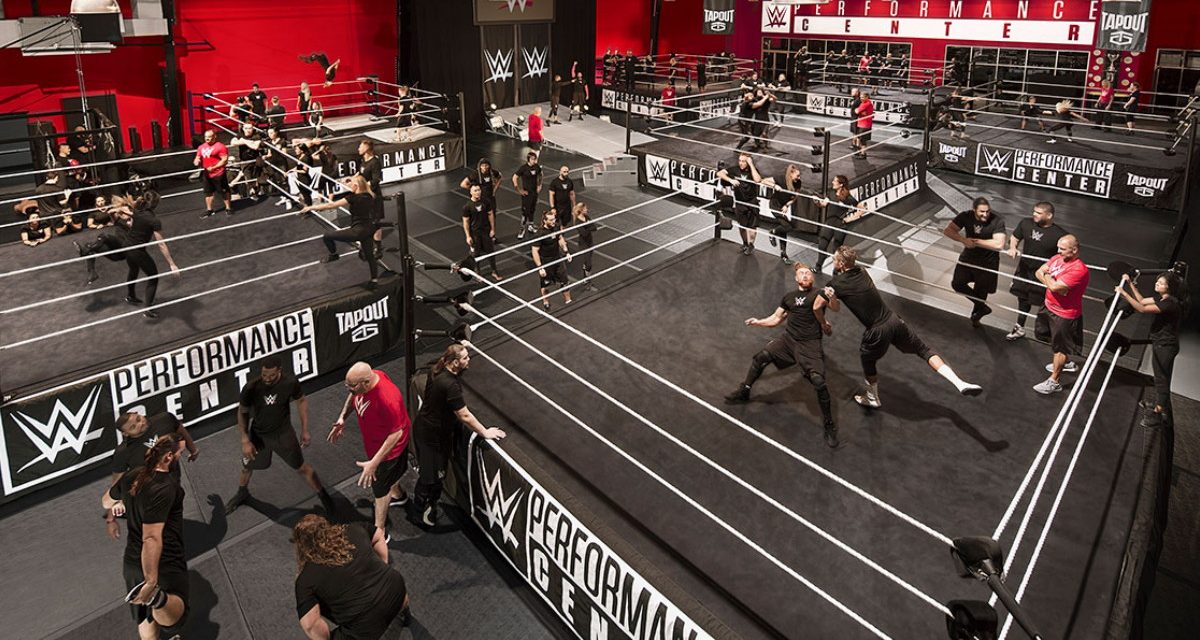 “What a departure from typical wrestling schools,” I thought, which are often found in cheap rent commercial districts and almost always hard to find because no signs exist. This was obvious.

From the sign alone, I knew I was in for something special. 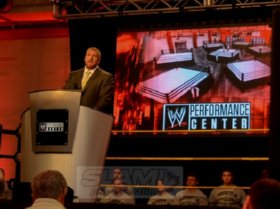 Triple H speaks at the opening of the WWE Performance Center on Thursday, July 11, 2013. Photo by Bill Otten, B&B Productions.

When I walked in the front door, I saw something that I believe has never existed in the pro wrestling industry — an enormous facility dedicated to the development of stars.

There were seven rings scattered around the floor in the main area. I was told one of them would have crash mats for high-risk move practice, while another has full HD TV lighting for match recording. Speaking of HD TV, cameras are found across the facility and executives in Stamford can watch practice/matches at any time.

Media got a tour before the festivities began — we saw a huge board room with a 5,000-pound metal table, promo rooms where you can practice your talking, a large workout area with weights, crossfit training tools and more, a medical area where a doctor will have office hours. Upstairs (which wasn’t part of the tour) is a talent lounge, kitchen and kiosks where talent can watch matches and study tape.

This really is a wrestler’s dream.

We sat down for a presentation, hosted by Michael Cole, with words from Triple H, Stephanie McMahon, Xavier Woods, Sheamus, and Florida Governor Rick Scott. After, media was invited to conduct interviews, where I got to speak one on one with Triple H and get his thoughts on WWE’s recruitment philosophy.

All in all, this was a thoroughly impressive building. Being biased, my favourite part was the announcers area, with full sound studio and production area. I asked if I could bring a mattress and sleep there. I was denied.

Arda Ocal is a writer for the Baltimore Sun, and is an admirer of Greg Oliver. Follow him on Twitter @arda_ocal.