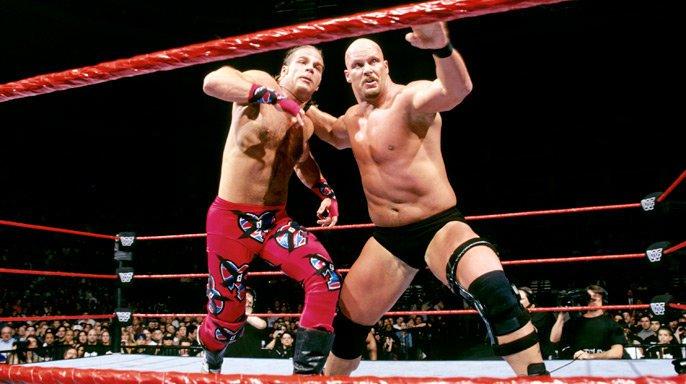 The worst WrestleMania of all time. Besieged by B-rated celebrities, this WrestleMania had more cheese than your mama’s lasagna. Littered with production mistakes and in-ring blunders, the show comes off as seriously amateurish and poorly organized as if interns were in charge of the production. To top things off, nobody anywhere cared about the main event. It serves as a grim reminder of how truly irritating Vince McMahon’s commentating skills are.

The WWE blunders another WrestleMania, this time hinging the entire show on one single match. Admittedly, it is one of the greatest matches in WWE history but it was ridiculous for the federation to think they could focus on just one match. What a waste.

Entering into the attitude era, the WWE gets back on track and delivers a very solid show. Ramping up the brutality and mature material, the federation has hooked in mainstream viewers as they did in the heyday of rock n wrestling years ago. Steve Austin’s performance propels him into a main even role while others like Sycho Sid and the Road Warrior begin to fade away.

The launch pad for the infamous Attitude Era, the WWE presents a focused and precise card. Not many throw-away matches here. Above all, Shawn Michaels has to be commended for working the main event with a critical back injury which would put him on the shelf for four years.

From top to bottom, a lacklustre entry where nothing really mattered except for the Austin-Rock main event. Half of the undercard skips by in approximately half an hour which shows you have much confidence the WWE had in their own event. Known as the show where D-Generation X imploded. Ho-hum.
Must See Matches
Paul Wight versus Mankind
Shane McMahon versus X-Pac
Steve Austin versus The Rock
Must Skip Matches
D’ Lo and Test versus Owen Hart and Jeff Jarrett
Butterbean versus Billy Gunn
Sable versus Tori
Event MVPs: The Rock, Mankind, Steve Austin.
Overall Event Rating: 4 / 10