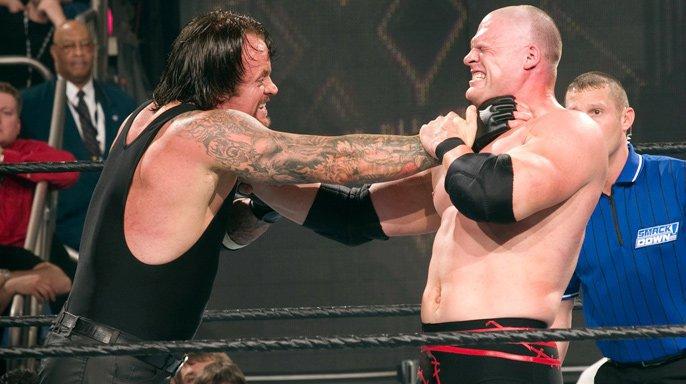 A massive disappointment in every sense of the word. The eight hour pre-show which detailed the history of WrestleMania, featured special interviews and segments was better than the WrestleMania event itself. It’s full of time-waster matches that drag on and on. Nothing more than a showcase for all the McMahons to bask in the spotlight. The mind-blowing ladder match between Edge, Christian, The Dudleys and The Hardys stole the show. One of the worst WrestleManias in history.

A definite must-see as it is still rated as perhaps the greatest WrestleManias events ever produced, based on its consistency alone. If you feel like watching one WrestleMania from start to finish, this would be a stellar choice as there isn’t much dead time here. Give the WWE credit for portraying Stone Cold as a baddie in his home state of Texas and putting on another mind-blowing, classic TLC match.

The second WrestleMania held in my hometown as cause for personal celebration. There are many times in our lives when we hear the words, “You had to be there.” As far as The Rock versus Hulk Hogan is concerned, those who attended the event live that day will never forget the outrageous atmosphere for the battle of the titans. Video tape or DVD cannot capture the emotion felt in SkyDome that day. Whether you like The Rock or Hogan, didn’t matter. It was a brilliant example of how pro wrestling, more than any other medium, interacts with its fans; drawing them into the experience. Fans and the WWE had much to be proud of that day.

On a WrestleMania roll, the WWE presents a near perfect show, if you can ignore some of the undercard matches. With the focus on technical wrestling, the event spotlighted the skills of the solid WWE roster at the time. You will be hard pressed to find too many WrestleManias which can top this one.

Like Zach Ryder’s haircut, this show is nothing short of an abomination. The WWE’s return to Madison Square Garden ends up being an utter bomb rather than a celebration of WrestleMania’s storied history. As I said in my review, “One of the most awful and dullest WrestleManias in recent memory, the anniversary show was a celebration of everything that has led to the wrestling promotion’s tailspin in popularity. From the cookie-cutter matches to the lack of storyline continuity, WrestleMania XX did nothing to satisfy long-time fans or to bring new ones into the fold. In fact, it probably served to turn more people off their embarrassingly inferior product which shows no signs of improving in the near future as many of their top superstars are leaving or taking time off from the organization.”