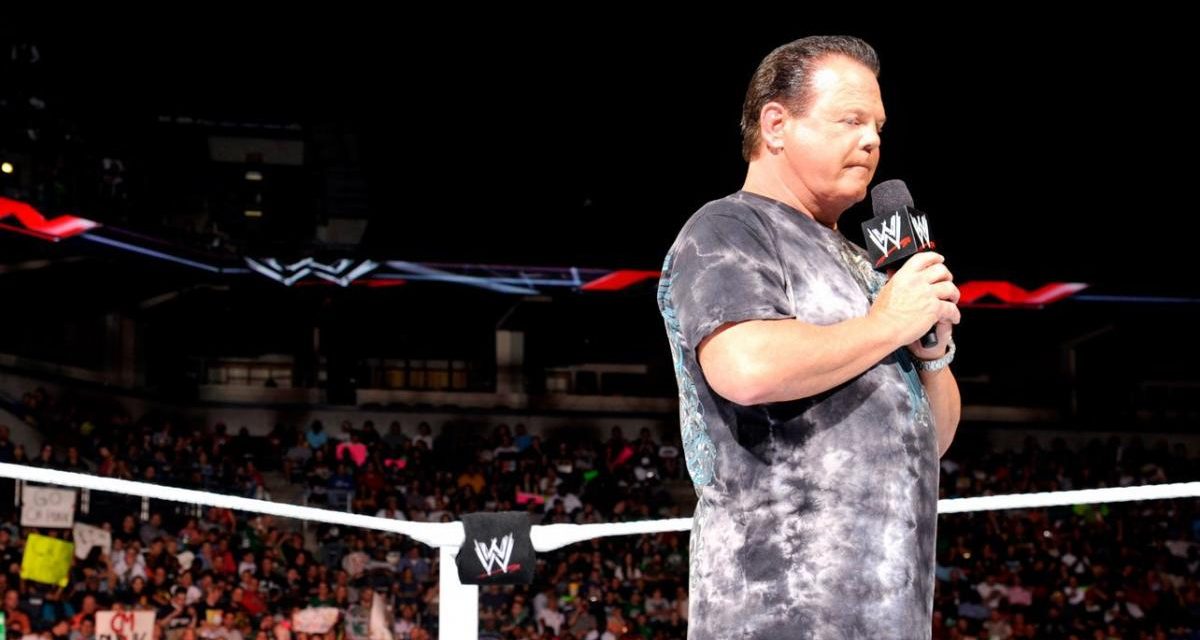 During this week’s WWE Monday Night Raw in Montreal, announcer Jerry “The King” Lawler suffered a heart attack at ringside, was stretchered to the backstage area, received CPR and was taken to a Montreal hospital. 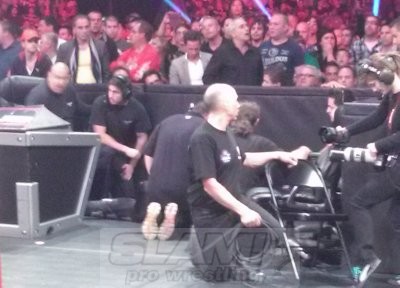 Lawler had surgery to repair a blockage in his heart, according to TheScore’s Arda Ocal.

As Raw went off the air, fans were told Lawler’s condition had “stabilized.” Through its Twitter account, WWE announced that Lawler had become “more responsive,” is “reacting to lights” and will undergo a CAT scan.

“Jerry passed out here at ringside,” said a distraught Michael Cole to the television audience, Lawler’s seat vacant beside him. “He was stretchered to the back.

“He is receiving medical attention as we speak. They are performing CPR. And again, this is not, not part of tonight’s entertainment.”

SLAM! Wrestling’s Patric Laprade was at Raw at the Bell Centre, and filed this report:

“Lawler grabbed his arm, collapsed and his face was blueish. Something like 7-8 people rushed to over to him, lifted him backstage. The medics were clearly told by the production to go backstage as they didn’t want anything to happen in front of the fans.

“Right after, people were running everywhere, not seeming to know what to do exactly. Cole looked like he saw a ghost and seemed very shaken.

“The staff cleaned the floor near the announcer’s booth, I’m not sure if that’s because he threw up or not.

“There was definitely a moment of panic during those few minutes.

“During every commercial, the fans here are chanting ‘Jerry.’ They didn’t tell us anything here and what Cole said on TV about Lawler getting CPR in the back and that not being part of the show didn’t air live.” 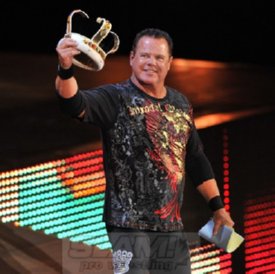 Jerry Lawler heads to ringside to do commentary at WWE Monday Night Raw in Montreal at the Bell Centre on September 10, 2012. Photo by Minas Panagiotakis, www.photography514.com.

Twitter went wild with the news, including a tweet from Lawler’s longtime broadcast partner, Jim Ross: “I’m shaken by the news of my friend Jerry Lawler’s medical emergency in Montreal. Hands shaking. Prayers for the King. I feel helpless.”

The concluding segments of Raw aired without commentary.

Lawler did wrestle earlier in the show, he did leave the ringside announcers table to team with Randy Orton against CM Punk and Dolph Ziggler.