Mike Bennett thrilled to be caught in a Storm 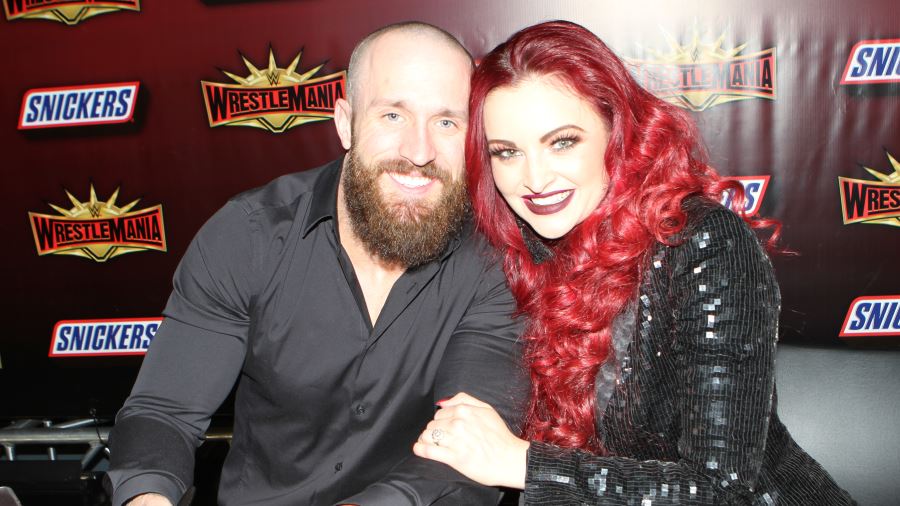 In addition to this year’s summer blockbusters, Ring of Honor presents “Border Wars,” filmed this Saturday at Toronto’s Ted Reeve Arena. Not even The Avengers can create a box office smash like “The Prodigy” Mike Bennett. Just ask him. 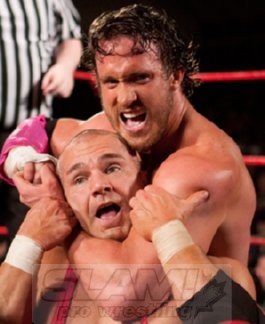 Mike Bennett squeezes Lance Storm at Ring of Honor’s Showdown in the Sun, on Friday, March 30, 2012 at the War Memorial Auditorium in Ft. Lauderdale, Florida. Photos by The Masked SLAM! Wrestling Photographer

“I always end up putting extra pressure on myself anyway, because I always try to entertain the fans and the people who are watching these shows at home,” Bennett told SLAM! Wrestling. “I’m still considered fairly new, so no matter who I’m in the ring with, it’s always a learning experience for me.”

Bennett has a date with destiny on May 12, as he collides with “Canadian Icon” Lance Storm in a much anticipated rematch from their Showdown in the Sun encounter WrestleMania weekend in Ft. Lauderdale, Florida. Only this time, Bennett is stepping into enemy territory. And just like the days of the Roman Gladiators, Bennett is expecting thumbs down for him, but two thumbs up for his match.

“The Prodigy” is certainly no stranger to being booed in Toronto. The last time he was here, Bennett was nearly booed out of the building, as he took on another wrestling veteran with Canadian roots, the Winnipeg-born, Philadelphia-raised Steve Corino. But this is all part of a heel’s job.

“I’m hoping to get out of Toronto with my life (laughs). When I wrestled Steve Corino last year, the Toronto crowd was crazy for him and they wanted to kill me and [manager Brutal] Bob [Evans],” Bennett said. “I’m assuming they’ll be even crazier for Lance Storm.”

It came as somewhat of a surprise to Bennett when he discovered that his name was brought up in a meeting between Storm and Ring of Honor’s Jim Cornette. And Bennett was equally thrilled that Storm wanted to work with him.

“I was always a fan of Lance. He’s someone that I grew up watching as a kid, so I was excited when I learned that I’d be working with him,” Bennett said. “I always try to focus the match on who I’m in the ring with. So a match with Steve Corino for instance, would be a completely different match than with Lance Storm.” 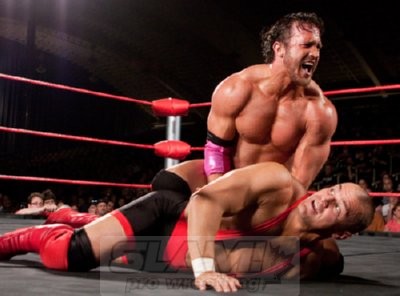 The first match that Bennett and Storm had in Florida was definitely a highlight of that card, which did not disappoint. Bennett is hopeful that the rematch will be even better.

“As far as I know, everyone loved our match at Showdown in the Sun. Maria [Kanellis] said she loved it, and Bob [Evans] said he loved it. Nothing that I’ve heard so far has been negative,” Bennett said.

Since signing with Ring of Honor in 2010, Bennett has really come into his own in terms of perfecting his ring skills and character development. The 10-year veteran from Massachusetts portrays a typical cocky heel, which might actually be better suited for a match like the one in Toronto, where he’s not only taking on a seasoned veteran, but he’s facing that veteran on his home turf.

“My character was definitely a Jim Cornette creation. When he described the character, he said I was a good-looking guy who is in shape and a lot bigger than most of the guys, and I could go out and be full of myself,” the 6-foot-1, 220-pound Bennett said.

Bringing Bennett’s real-life girlfriend Maria Kanellis on board was just the icing on the cake. 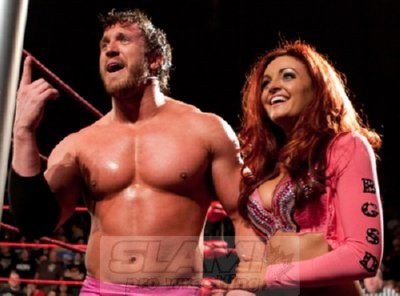 “Maria has worked with some of the best in the wrestling business,” Bennett said. “She was asked to come in for Final Battle, and afterwards we kind of sat down and thought we should keep this thing going.”

Storm has already delivered show-stealing performances with ROH alumni Chris Hero and Bryan Danielson, who have since elevated themselves to heights that most wrestlers dare not dream of.

Bennett is hoping to be made famous in Toronto as well, but says that Ring of Honor will always be his home and he’s happy to be there. Bennett is looking forward to his return to Toronto this weekend and hopes to raise the bar one more time, in his second encounter with the “Canadian Icon” Lance Storm.

“I won’t actually get to see Lance until the day of the show, but I always enjoy kind of sitting with him and picking his brain on certain things,” Bennett said. “You just never stop learning in this business.”