Guest column: My mentor, Joe Blanchard, was the real thing 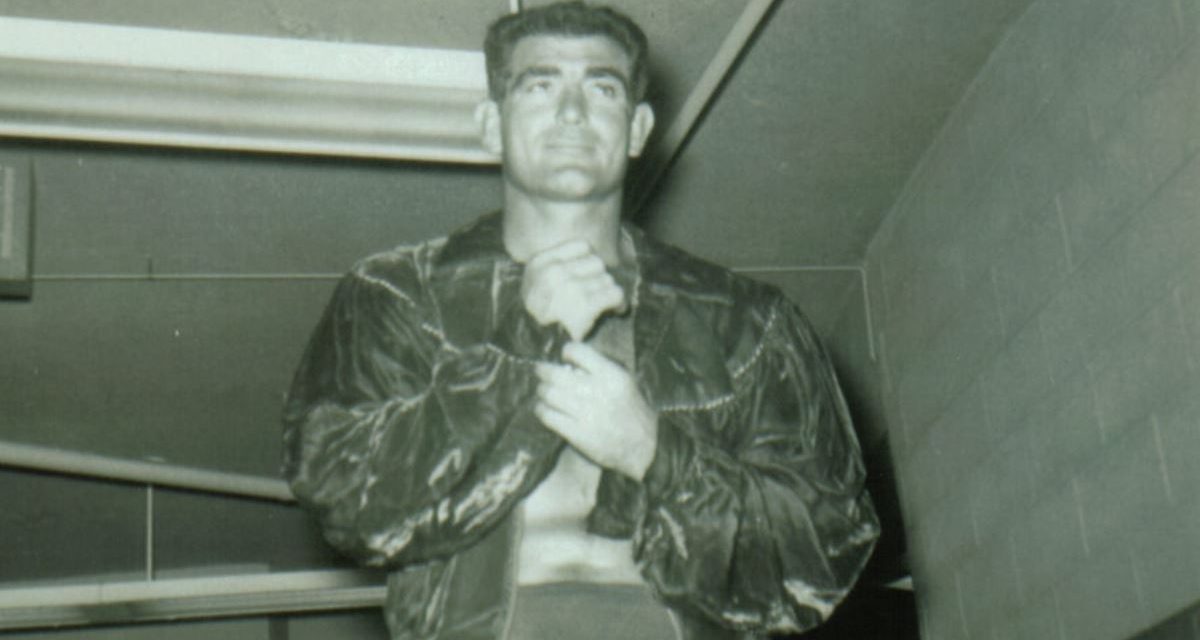 By MARK NULTY – For SLAM! Wrestling

Joe Blanchard broke me into the wrestling business as a ring announcer and television host. He probably had as much influence on me as anyone outside my own family.

He was a rarity. The man you saw on television was the same man when the camera wasn’t rolling. 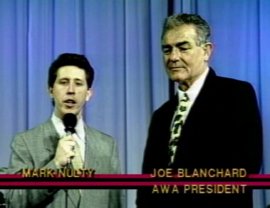 A devout Christian who embodied the best of Christianity, Joe loved everybody, forgave his business rivals, and didn’t judge others. Joe was incredibly generous. People saw Joe’s faith not through his words but through his actions. And where they really saw Joe’s faith in action was in the way he treated others.

He was a terrific athlete, playing football and wrestling at Kansas State and he excelled at both. He credits wrestling in the off-season for putting him in superior condition for football and was the reason he progressed to the point that he could play professional football.

As a wrestler Joe won the Big 7. With his humility on display Joe would laugh that the reason he won was because Oklahoma State hadn’t joined the Conference. He wrestled a lot of the top guys. He said wrestled another future professional, Bob Geigel, and lost 3-2. Geigel would go on to place third in the NCAAs. Joe said that the only wrestler that blew him out in college was future Olympian Verne Gagne.

As a football player, Joe was an offensive lineman for the Edmonton Eskimos of the CFL. There is a great pic of Joe on the sideline with teammates Wilbur Snyder and Gene Kiniski. Also in the picture is their offensive coordinator and future legendary college football coach Darrell Royal.

Snyder and Kiniski would help Joe break into professional wrestling.

Joe had that soft spoken way of talking and telling a story that would get his point across like no other.

When someone told Joe that he didn’t think Bruno Sammartino wouldn’t make it in Texas with the likes of Johnny Valentine and Wahoo McDaniel, Joe set him straight the way only Joe could.

“Let me tell you something,” he said calmly and gently but at the same time with an authoritative tone. “You never knock a trapper with furs on the wall. Bruno was the biggest star in the biggest money territory in the country. He would have made it anywhere.” 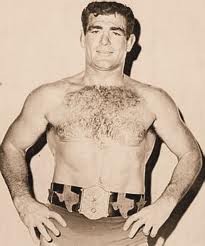 Joe Blanchard as the Texas champion.

When Joe thought I was focusing too much energy on something not important he’d tell me in that fatherly voice, “Don’t major in the minors.”

When talking about WCW and they were moving more toward the WWF’s style he told me it was a mistake. “You’re not going to out WWF the WWF.” That analysis holds true today.

The same qualities that made him such a good man are the same ones that made Joe such a good promoter. Because he was so honest, so good-natured, and so humble, wrestlers trusted him and believed in him. It was easy for him to make connections not only with fans but with business leaders in the community. He was considered one of the fairest payoff men in the business. And there was no higher compliment to a promoter among the wrestlers.

That was what allowed Joe to be the diplomat in locker rooms filled with stars and egos.

Joe told me the story of the time he was featuring Ivan Putski, who started with the man-child gimmick where he’d do incredible feats of strength. Joe booked him against a wrestling bear. It was going to be the World’s Strongest Man versus The World’s Strongest Animal.

Joe told Ivan to do some comedy spots, work around the bear and go to a 15-minute draw.

Ivan had a different idea. “Joe, I can beat the bear.”

Joe just looked at him. “Ivan, you can’t beat the bear.”

“Ivan, of course you CAN beat the bear. But nobody wants to see the bear get beat. It would make you a heel if you beat the bear.” 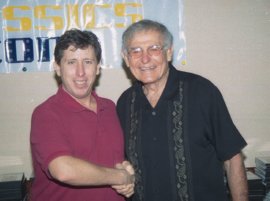 And just like that, Joe had let Ivan keep his pride and convinced Ivan it was in Ivan’s best interest to do it Joe’s way.

Joe was in one of the most bitter promotional wars in wrestling history with World Class Championship Wrestling. He eventually had to sell to Fred Behrend, the San Antonio promoter for WCCW. He had brought Fred into the business and Fred double-crossed him and took several TV slots to promote World Class. Steve Stack and I both went to work for Fred after he took over the office. Joe never held it against us.

He remained our friend and our confidante. He remained my mentor. He never begrudged us doing what we needed to do to stay in wrestling.

Even before Behrend had started promoting towns for Fritz Von Erich, Joe and Fritz had a professional falling out from when Joe was using the Dallas booking office for his south Texas promotion. Joe told me that he and Fritz had made peace after both of them quit promoting.

When I got married a few years ago, Joe and his wife Jackie sent us a beautiful Bible as a wedding present. I was a proud to have it displayed during the ceremony.

He taught me so much about wrestling and even more about life. I’m sure I quote him more than I realize.