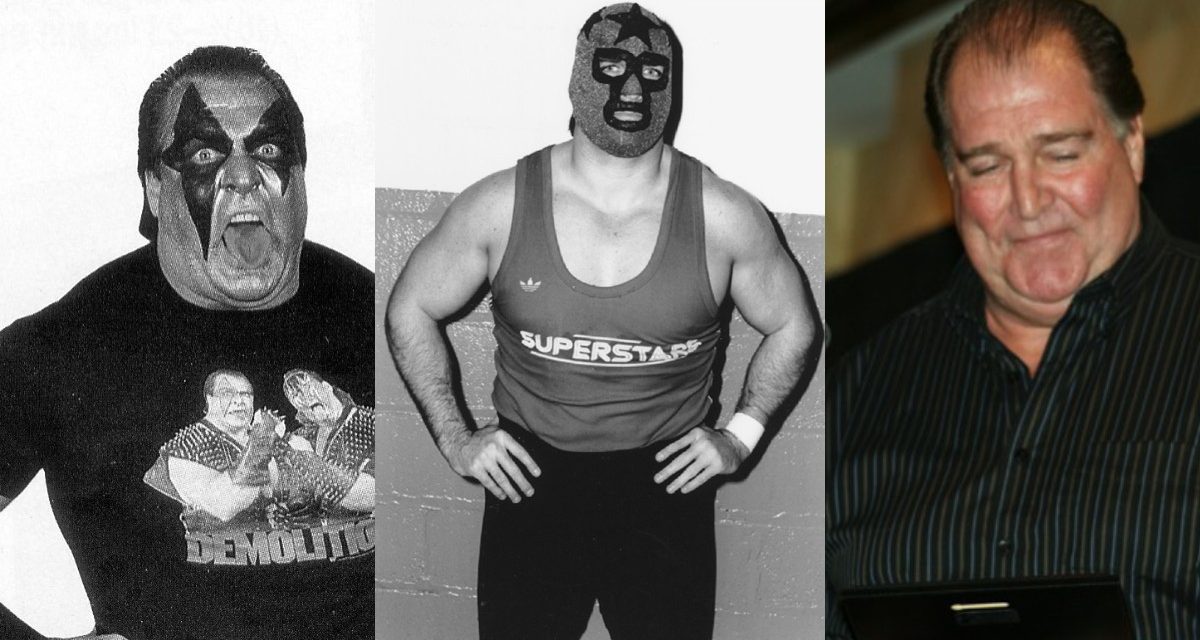 ATLANTA – Bill Eadie’s wrestling career is one that any wrestler, past or present, would want as their own. In his four decade career, he’s traveled to more than 75 countries known primarily as “The Masked Superstar” and “Ax” from Demolition. A mainstay in Georgia Championship Wrestling, Eadie was the opening speaker at the 2011 NWA Wrestling Legends Fanfest.

Eadie’s career is full of wrestling “firsts.” He was the first wrestler to body slam André the Giant. Against Blackjack Mulligan, Eadie set a new standard by competing in the first ever hour-long cage match as well as several 90-minute cage matches. He starred opposite Hulk Hogan as “Jake Bullet” in No Holds Barred. But it was during his question and answer time on opening night at the Atlanta Airport Marriott Hotel where it seems that Eadie’s biggest contribution to professional wrestling was caused by him not getting involved. 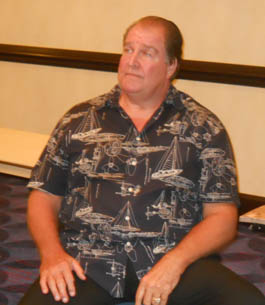 For wrestling fans, January 23, 1984 is considered the birth of Hulkamania when Hogan defeated the Iron Sheik to win the then WWF Championship. According to Eadie, his Masked Superstar character was supposed to be the one to beat Bob Backlund, not the Iron Sheik, setting up Hogan to win the title a few weeks later. Vince McMahon Sr. decided that putting Hogan over The Masked Superstar would be a disservice to Eadie and all of his previous accomplishments.

The majority of the questions Eadie answered were on his past wrestling exploits. Every response Eadie gave not only answered the question, but gave the audience some wonderful behind-the-scenes info.

When addressing the formation of Demolition, Eadie credits his Masked Superstar character for the easy transition to Ax. Since fans never saw Eadie’s face as the Masked Superstar, it was possible to brand Ax as a completely new wrestler. Originally, Eadie teamed up with Randy Colley, who is also making an appearance at the Fanfest, which runs until Sunday. But because fans constantly recognized him as Moondog Rex, Colley had to eventually be replaced by Barry Darsow.

“Barry was only known in one territory,” Eadie recalled. Because Eadie and Darsow had face paint on as Demolition, it was still possible for them to walk around unnoticed by the fans. Eadie remembers that quite often that when he and Darsow were leaving an arena, they would hang back 10-15 feet away from Mr. Fuji. The fans would mob Fuji, but leave them alone. 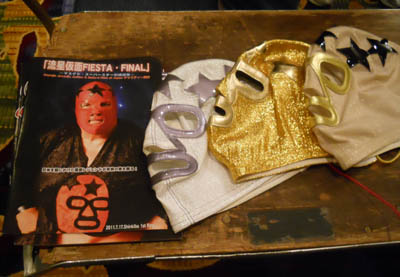 A Masked Superstar program from Japan and a number of masks.

While Eadie had lots of stories, the crowd’s favorite was an incident he had with Johnny Powers. According to Eadie, Powers owed him and Darsow about $1,000 each and refused to pay them. Eadie went up to Toronto where Powers was and confronted him about the money. Powers refused. Eadie noticed that Powers had brand new teeth and a hairpiece. Demolition then busted Powers’ teeth and ripped the wig off Powers’ head. “He thought he was yelling loud enough for the police to hear him,” Eadie chuckled. “He was wrong.”

Jack Tunney came in and took the guys to his office, gave them a Coke and came back with $800 each. When Eadie asked why he didn’t get the other $200, Tunney responded “You didn’t kill him, otherwise I’d have given you all of it.”

Looking back on his career, Eadie was thankful for how everything turned out. “I got to work with a lot of good, quality people,” Eadie said. “Somebody up there must like me.”

The Fanfest continues on Friday with many signees and the annual Mid-Atlantic Gateway Hall of Heroes banquet.