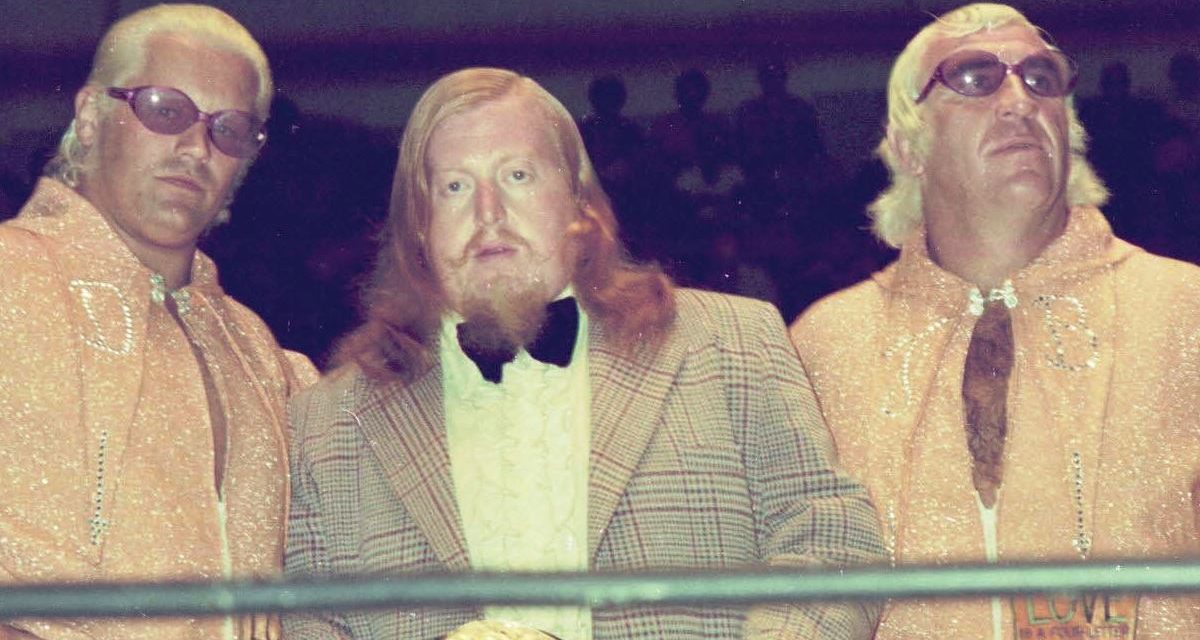 The devastating news this week that Sir Oliver Humperdink has been moved to hospice care and needs our prayers hit the Internet Wrestling Community hard.

After all, he’s still one of us. He’s still a fan.

He went from a fan boy, bugging the wrestlers, carrying jackets from the ring in Minneapolis, to one of the greatest managers of all time, even if most fans today know him best from his miscast role as a babyface manager (Big Daddy Dink?) of Bam Bam Bigelow in the WWF.

Up until his recent hospitalization for bladder cancer, Hump still followed what was going on, and loved, just loved, going to reunions, where he got to revisit old friends and meet fans new and old. 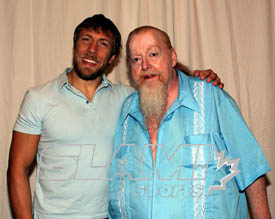 Daniel Bryan marks out for Sir Oliver Humperdink at the NWA Legends Fanfest in the summer of 2010 in Charlotte. Photo by Christine Coons

That’s where I got to know him. Always so friendly and approachable, he’d compliment stories I’d written and want to gossip about oldtimers. He’d get excited when a name from the past resurfaced, whether it was his old charge Jerry Brown — who no one knew where he was until Hump ran into him at a wrestling show in Waterloo, Iowa, or more recently, the original Dino Bravo. I sent Sir Oliver a copy of that story in the hospital, knowing that he would have seen Bravo work in Minneapolis as a boy.

SOH was a regular on some of the wrestling message boards, like WrestlingClassics and Kayfabe Memories, where he would share stories from the past and answer questions. He’d then happily sit with those same posters in the bar and spin tales for hours.

He was so easy to talk to, if not easy on the eyes. Those Hawaiian shirts weren’t a gimmick — that was who he was, and it was sometimes blinding.

On Facebook, he shared his love of blues and jazz music, and the roots of rock ‘n’ roll, posting videos and factoids related to the day of the week, expanding everyone’s knowledge. His Facebook wall has become a place for remembrances and best wishes, even if he is unable to read them very often. It’s also where his sister-in-law has been posting health updates, as Hump’s brother and family live nearby.

The posts are fascinating because not are there messages from fans young and old, but there are wrestlers too: workers from today, like David Hart Smith, of more recent vintage, such as Blue Meanie and Mikey Whipwreck, to oldtimers like Davey O’Hannon and Tito Carreon.

Sir Oliver Humperdink transcends the eras because he made the effort to, and he is 100% memorable and genuine.

Unfortunately, it’s not looking like Humperdink — Red Sutton is his real name, but not too many ever bothered with it — will be making it to many more reunions.

This isn’t his first health scare, so you never know. Planned surgery was derailed last week by pneumonia. So now the big issue is that the tumor in his bladder is pretty big, and a month’s worth of chemo every day to knock it down in size is a terrible option to consider.

So while your memories of Sir Oliver Humperdink mull around in your head, and perhaps you head to YouTube to find some cool old footage — he ruled in Florida, terrorizing Dusty Rhodes like few others ever had — take the time to send some positive vibes his way.