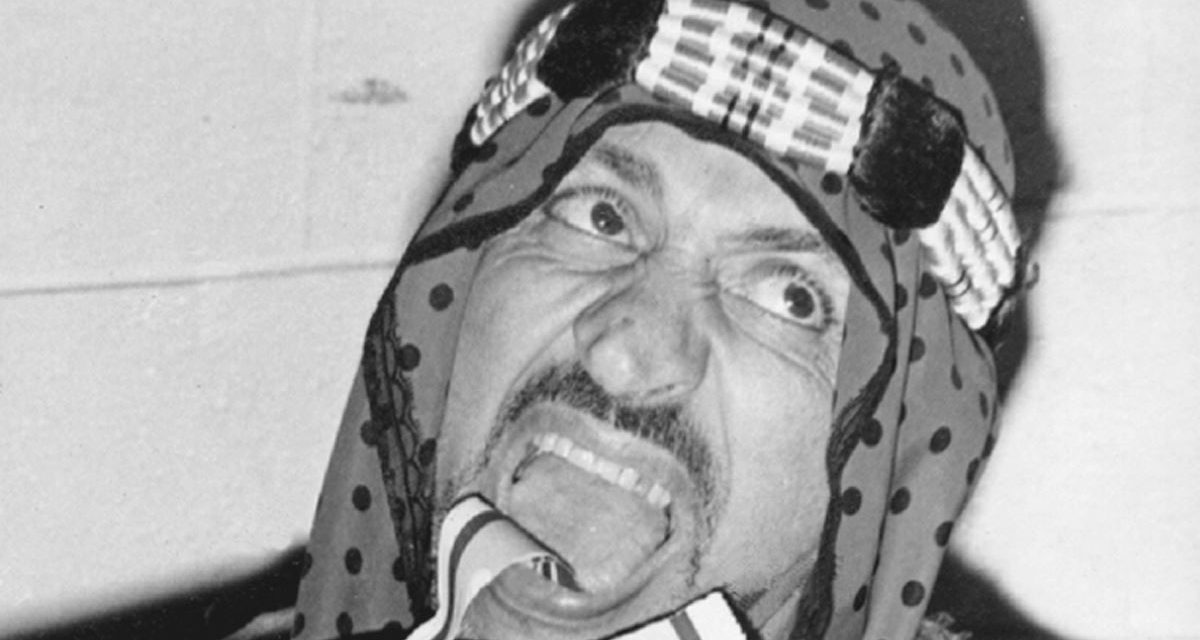 Long before ECW put itself on the map with its hardcore style, The Sheik was terrorizing opponents and fans in the Detroit area with his brand of violence.

This was back in the 1960s and 1970s. Too old for you to remember? Well, The Sheik: Wrestling’s Greatest Villain brings back memories in a two-disc DVD that, while it shows rare footage and photographs, leaves the viewer yearning for more.

The DVD, produced by Independent News Service, is a one-hour documentary on one disc and then a short disc of bonus features on another. The economy is tight, I know, but for such a legend like The Sheik, I would have expected more and not such a rush job.

Something that you can watch on your lunch break just doesn’t do The Sheik justice.

That said, the people interviewed for this DVD are a veritable who’s who of The Sheik’s legacy, including his former manager, “Supermouth” Dave Drason, bodyguard Dennis Waggner, historian Brian Bukantis, international writer Hal Sullivan, a short bit with Abdullah the Butcher, and a couple fans from the Detroit heyday. An appearance on the Kelly & Company talk show is shown and this shows how The Sheik never broke character. You don’t get that nowadays. The Sheik made wrestling believable and all the guys interviewed agree with that fact.

There is a nice section on Cobo Arena, an arena in downtown Detroit perhaps best known these days for hosting an international auto show every January. Drason wishes that there could be a statue erected on top of Cobo in honor of The Sheik, as it’s “The House The Sheik Built,” comparing Cobo to Yankee Stadium and Babe Ruth.

Robert Vito, he of CNN fame, hosts the DVD and at times, he’s difficult to listen to. He calls Pampero Firpo the “eighth wonder of the world” and refers to The Sheik by his real name (Ed Farhat), only to pronounce Farhat “Fair-hat.”

Drason does the majority of the talking about The Sheik in the documentary portion and you really see that he cared about wrestling and especially Sheik. When The Sheik’s death is discussed, Drason gets emotional and shows the rose he took off his casket in the ultimate show of respect.

The chronology of The Sheik’s career doesn’t go into too much detail, but when you only have an hour, this is the final product. The WWE isn’t discussed at all and Sheik’s protégés, i.e. Rob Van Dam and Sabu, are not mentioned until one of the bonus features when Sabu seconds Sheik in a match against Malcolm Monroe.

The bonus features include an interview with Drason on his own career as a manager and journalist, old wrestling ads, a look at a scrapbook “Crybaby” George Cannon kept (and literally, it’s a fixed camera shot with DVD producer Mark Nowotarski turning the pages and explaining what’s on each page), commercials for the DVD’s sponsors, plus matches against Bobo Brazil and Luis Martinez and Sheik’s final match when he took on Monroe.

All of the matches seem to be mirror images of one another, with The Sheik juicing early and brandishing a foreign object. That’s what drew the fans and that’s what made The Sheik who he was. One downside to the matches is that the editor of the DVD, Joe Saliba, is obviously not a wrestling fan as he drags the commentary down by asking uninformed questions. All the full matches are shown with Drason, Waggner and Bukantis providing commentary, and that’s a nice touch, but the original announcing would have been a good touch.

The blood flows, as do the memories, but this DVD only touches the very tip of the iceberg when it comes to The Sheik. Will there be another installment? Who knows. But for such an iconic wrestling figure, a promo DVD just won’t suffice.