When you’re a fan of a wrestler like John Morrison and you hear about a DVD being made of him, you’d expect the full-scale career retrospective treatment.

After all, virtually every WWE DVD made in the last decade or so has been a multi-disc package that follows a Superstar or Diva from their humble upbringings to their time today.

This isn’t the case, however, with Rock Star, the new release featuring the “Shaman of Sexy”. Instead, fans get a one-disc peak into the life of Morrison and his off-camera counterpart John Hennigan.

Why the change in production? Morrison told SLAM! Wrestling that this was the intended path right from the start.

“It was done by design to just talk about John Morrison. We had talked about including some MNM and Johnny Nitro stuff, but we also talked about doing a career, three-DVD retrospective at some point in the future. I think to cover someone’s career in three DVDs is a lot better because you need all the extra time,” he said, noting it had been a long time since WWE had done a single-disc release.

The recording, now out on store shelves, features Morrison in some amazing bouts and great cut scenes that explore his life outside the ring. Morrison remarks that he was given creative control over the DVD, and his input can be found in spades.

“We went back and forth with collaboration, deciding which matches to include, the in-between vignettes we shot were all my ideas. It’s about me and the stuff that I like to do, and nobody knows that better than I do.” 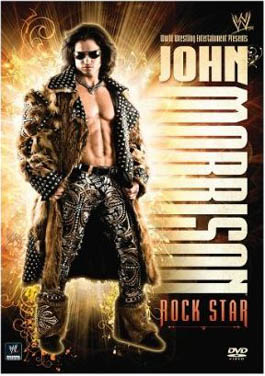 Among those activities spotlighted is Morrison’s parkour training. A three-year enthusiast of the high octane, acrobatic workout, Morrison puts on a display for the viewer of some of the moves the workout incorporates. Filming this session took a bit of time.

“When we were shooting that (the parkour), the best way we found was to make some suggestions, I’d do the move a few times and they’d see it and film it a few times,” he says. “The fourth and fifth takes would start to get better because with [different] camera angles, they’d be able to capture the motion better.”

Another important part of the DVD, obviously, are the included matches and of the ones included, possibly none stand out more than Morrison’s battle with former WWE superstar Jeff Hardy. Some may be surprised to see Hardy on the DVD, given how his departure from the Fed turned out, but to their credit, WWE included it, which Morrison was thankful for.

“They went full bore ahead with it and I’m glad because I think some people think WWE wants to punish certain people because of certain things that happened, but if they do that, they certainly didn’t do that with this project,” Morrison says. “I think the match I had with Jeff in Baltimore was really an important turning point for me, so I think including it on the DVD was paramount. If it wasn’t on the DVD it would’ve been missed.”

John Morrison: Rock Star is now on sale in stores and online.