HAYWARD, Calif. — Debuting for a promotion is hard enough for a wrestler. Now add on the free t-shirts to everyone in attendance celebrating your appearance. And the fact that your dad is really famous — just not in professional wrestling. Your dad is music and film legend Kris Kristofferson. Such is the life of “Big Country” Jody Kristofferson.

The 24-year-old Jody Kristofferson made his All-Pro Wrestling debut on August 15th, with his family having driven up from Southern California to see their kin in action in Hayward, California. 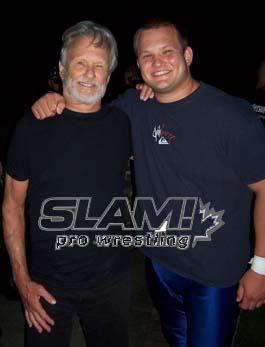 That night, every fan and wrestler had on a Jody Kristofferson APW debut T-shirt which were made and given out by the promotion, and the crowd continually chanted “Jody, Jody” during his participation in the six-man tag team main event. His gimmick is a long rider, cowboy-type and he wore a cowboy hat and pistols on his tights. Looking at his family in the stands when he was introduced, he let out a loud “yeeeehaaw” and immediately went after the three large heels, Vinny Massaro, Dalton Frost and Malachi.

Jody’s team, which also included Oliver John and APW champ Dylan Drake, lost the raucous six-man main when Drake was pinned, but Jody showed major fire as his dad wolf-whistled and his mom, Lisa Meyers, filmed his match. Both said they were incredibly proud of their son.

“My wife and I drive up the 380 miles from our (Southern California) home as often as we can to support our son’s training and his (in-ring) wrestling debut,” Kris Kristofferson told SLAM! Wrestling. “The crowd here in San Francisco really seems to love him. He’s got music in him, but this is what he really loves and I’ve always said you have to follow your dream. This is what Jody’s doing and he’s been wrestling and scrapping since he was little.”

This isn’t about just having some fun or an occasional rush to Jody. “I’ve dedicated my entire life to this,” he said.

“I have lots of other interests and things going on in my life all the time. But wrestling is often 24/7 with me. I eat, sleep and breath it, although I think many others say that. I really mean it for me though,” Jody K. stressed. “I can’t even remember how long I’ve watched it, wanted to train for it and give it my best shot at becoming a regular, full-time wrestler.”

One of eight children, Jody’s famous father said that his son always watched wrestling. “When he was doing all his amateur wrestling here and in Hawaii, and I tell you, he was very good, Kristofferson bragged. “He really has the passion for it.” 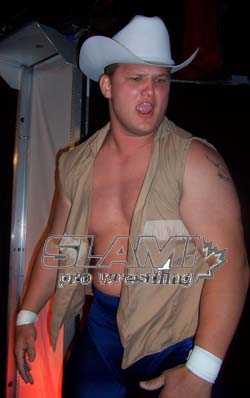 That doesn’t mean it is easy to sit and watch his son perform. “I sometimes worry about him getting hurt, his mom definitely,” said Kristofferson. “That’s all part of this thing and the guys in the ring do their best to take care of each other. But wow, look at what he accomplished tonight. He really looks like a pro wrestler now.”

The All Pro Wrestling promotion is well known for having trained or finessed the careers of many impressive athletes. “I looked all over this state for the boot camp school that could best train me and that had a track record with name people going to Florida,” Jody said. “There was no question it was going to be APW.”

Kristofferson’s APW bout followed his first singles match in San Francisco’s Fog City Wrestling a week earlier. Fog City has made a name for itself in its year and a half existence by having people from the entertainment community ply to be on their monthly cards. After Hulk Hogan’s Celebrity Championship Wrestling reality show, Todd Bridges has wrestled a half dozen times for Fog City, as his schedule permits. Beverly Hills 90210 star Luke Perry supported his son Jack when the youngster managed and wrestled at Fog City. Both marked out, asking to have their picture taken with TNA’s Awesome Kong, Savio Vega and Homicide. Members of the platinum-selling rock group Rancid are regulars at the shows, and their guitarist Lars Frederiksen has expressed interest in future training and some ring action. 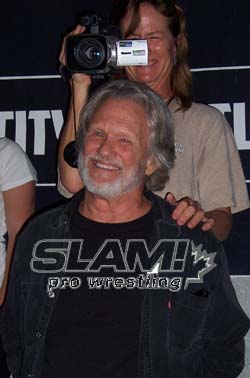 As for Kristofferson, neither the aspiring wrestler nor the celebrity father have made a big deal out of being at the shows. He couldn’t be more well-mannered and quiet behind the scenes, showing respect to his peers to where most last year had no idea of the family and celebrity that has been part of his life since birth.

But moving from being part of the in-ring scenery to now being a star, he blew the partisan San Francisco crowd away at the Fog City show, displaying his high flying and power moves after heel manager Markus Mac and his charge AJ Kirsch challenged the then-referee to a match. Jody pulled off his shirt, the girls went nuts and the match was on. Word had gotten out that he was making his singles match, in-ring debut on this TV taping.

There is no pretense whatsoever about the polite Jody Kristofferson, who reminds many physically of a quiet Crusher or Dick the Bruiser. “Or Maybe a Bob Orton Sr.?” he offered, proving that he knows his history.

His appreciation for film, music and wrestling would make Cauliflower Alley Club founder Mike Mazurki proud. Mazurki envisioned CAC as a place where wrestlers, boxers and entertainers could mingle and break bread. 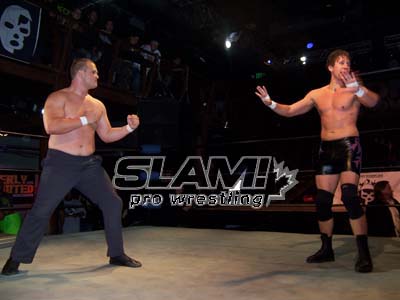 Over CAC’s many decades, entertainers and athletes like Sylvester Stallone, Oscar de la Hoya, Elliott Gould, Marion Ross, Anthony Quinn and many others have been honored members.

Eager to learn, Jody has been to one CAC reunion. “I really love all the history there and the history of the business,” he explained. “That’s a big thing for me, and at APW, our homework always has us watching and studying old tapes, the masters which I already did — Thesz, shoot style, Japanese men and women, lucha. You definitely have to know your history here, but like starting your training with the most basic moves, it’s one of your most important foundations. Any guy in professional baseball should want to study all the greats and history there too.”

Dad couldn’t be more proud of his son.

“Sure it’s entertainment, but most everything is. Well, wrestling is sports and entertainment all mixed into one,” the Country Music Hall of Famer said. “They say jazz is the great American art form and that’s true, but I think pro wrestling might be one also. Tonight was the first time they’ve really acknowledged us being here, or me in particular even though we tried to stay in the back of the building and not distract. I think he’s good enough on his own and he’s just going to get better and better. I can’t wait to see what he does next in the ring!”