Sid’s enjoying life back on the road

He may be going to many of the same places he’s been before, but for Sid Vicious, it’s time to finally enjoy the ride. 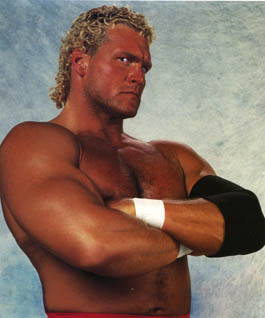 He was just Sid in the WWF.

Before his very serious in-ring injury at the WCW Sin pay-per-view in January 2001 — an injury that required a titanium rod having to be inserted into his leg in place of his tibia — Vicious was all about doing his job. In most stops, he’d hit the gym twice a day and at the end of a show, it was into the shower and onto the next stop.

“I never took time out for one thing,” he said. “I didn’t take a picture of anywhere I was. Now I’m doing what I want to do and I get to appreciate some of the cities I’ve been in.”

Vicious believes that he’s in the best shape of his career and wants one more run in a major promotion, specifically World Wrestling Entertainment. For the time being though, Vicious is on his way to Canada for two shows over the next week. First, he’ll be in Montreal, Quebec on June 13 for NCW, where he’ll battle Frankie the Mobster.

“I’ve heard some really good things about him,” said Vicious. “I like people that have an open mind about the business. Hulk Hogan has his own way, his own match and just like Ric Flair, it never changes. I’ve heard this guy is real open to things and he can move around real well, so I’m looking forward to working with him.”

Then on June 18, Vicious will be in Thunder Bay, Ontario for a legends Wrestling Supershow — which also features Lanny Poffo, Jim Neidhart, Brutus Beefcake, Koko B. Ware and the Highlanders — and a meeting with Hacksaw Jim Duggan. Vicious isn’t sure if he and Duggan ever crossed paths previously, but is intrigued by the test the match could present.

“We’re two totally different people,” he said. “Jim has a very popular character. In the States, Jim does the USA thing, but I just don’t know if it will be as popular in Canada. I don’t think it will be. That will have to be one of the first obstacles we try and get around. I look forward to a challenge. That’s fun.”

Perhaps even more so than his matches, Vicious is looking forward to being around the Canadian fans, who he considers to be some of the smartest wrestling fans.

His opinion of Canadians in general was vastly formed when he was involved in an auto accident between Montreal and Ottawa, where he broke his neck. That day he learned a lot about his neighbours to the north.

“Being from the south, I didn’t really know how Canadian people were and that day, those people pulled over and really helped me when I was injured. I really look at Canadians with a different view. They’re very good people and some of the greatest wrestling fans in the world and I’m looking forward to seeing them.”

Surely the Canadian fans are looking forward to seeing the new Sid Vicious, too.

Info for the NCW show in Montreal — the last one at the current venue, before the promotion moves — can be found at ncw.qc.ca