The Americanization of Go Shiozaki 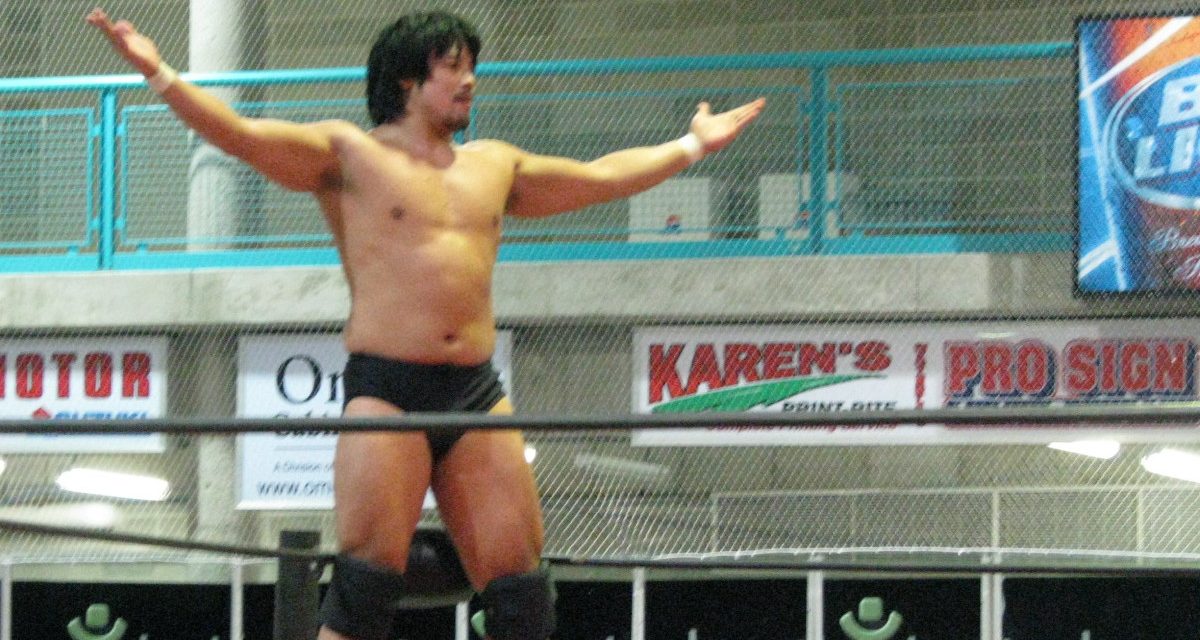 The Americanization of Go Shiozaki has been a slow process. After beginning his career in Japan, Shiozaki has been based in Eldon, Missouri, since February 2008, picking up some of the wrestling style States-side, as well as legions of fans across the continent.

At the Cauliflower Alley Club reunion in early June in Las Vegas, Shiozaki fought on the card held at the Riveria Hotel and Casino. His bout with the California-based Oliver John drew monster reviews. 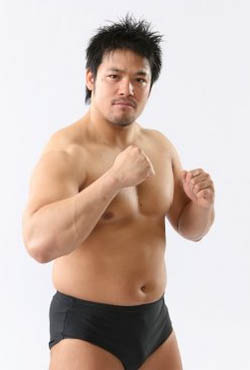 His trainer in Eldon at the World League Wrestling dojo, Harley Race, was one of those who saw magic in the match.

“In Vegas, him and the other kid with him just totally stole the show,” said Race. “When you’ve got 99% of the people watching it have been involved in wrestling, and they stand and give you a standing ovation, you know you’re doing something right.”

Shiozaki and John had never met before the bout, and John watched a little NOAH footage to get familiar with Shiozaki’s work. The language barrier was a little bit of an issue, said John, but not insurmountable as Shiozaki was able to call moves in the ring in English.

The CAC match, with Race in Shiozaki’s corner, is one of the highlights of John’s career, which began in the early ’90s. “We started out really basic, and kept it simple,” John began. “I was probably hesitant to call stuff I would normally call with someone who speaks English, there were one or two where I found I was a little more hesitant to do that, and I wish I would have been more vocal, because he would have gotten it. I kind of clammed up a little bit there. It built and built towards the finish, and we started doing the fireworks type of things. It got over really good, and we got a five-minute standing ovation.” 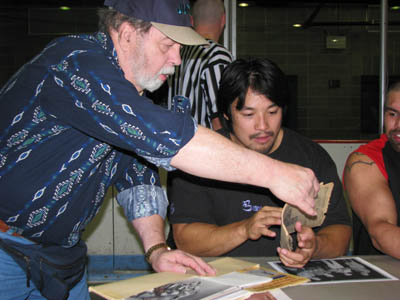 In person in Waterloo, Iowa, Go Shiozaki politely shakes off the praise of the match held two weeks before. He is more interested in the legends in town for the George Tragos/Lou Thesz Professional Wrestling Hall of Fame induction ceremony; as for Vegas, he said that he was very excited in particular to meet Steve “Dr. Death” Williams.

Just 26 years years old, Shiozaki has been wrestling for four years. He entered the Pro Wrestling NOAH dojo and survived the grueling training under Kenta Kobashi, and made his professional debut in Tokyo, on July 24, 2004. Since then, it’s been a bit of a worldwide whirlwind — the King of Europe Cup, the 2007 GHC Heavyweight Tag Team Title tournament league, and the 2007 Muga World Pro Wrestling Tournament.

Plus he is a semi-regular on Ring of Honor shows, debuted in the summer of 2006, even challenging ROH World champ Nigel McGuinness on one occasion, and is scheduled to make his first Canadian appearance with the company’s debut north of the border on July 25, in Toronto.

Critics praise Shiozaki’s solid technique and great psychology, and truly believe that he is a star on the rise. His Go-Flasher finisher, a modified Final Cut, is something to behold.

“Go Shiozaki is a great talent that can have a great match against anyone,” said ROH booker Gabe Sapolsky. “I think you are really going to see some personality with him too now that he has joined Larry Sweeney. He is a great pro wrestler in a traditional sense, but he wrestles a totally modern style. He definitely has that ‘it’ factor.”

Through a translator, Shiozaki talked about his training at the WLW school. “I am learning many lessons at the dojo,” he said, and he does enjoy it. “I’ve learned the old style training from Harley Race. I’ve learned something new.”

The American training of Japanese wrestlers is a rich tradition, going back to the likes of Giant Baba and Jumbo Tsuruta, up to more recent residents at Race’s school, like Takeshi Morishima and Naomichi Marufuji.

Shiozaki believes learning the American-style of wrestling will help his career. “I’ve been learning more about this business. I had already learned a lot in Japan. I’ve learned a lot of things here.”

Race said that Shiozaki has fit in well with his students. “He is one of the more sociable kids, and I’ve had four or five of them over here so far out of Japan. Go, by far, personality-wise, is just great.”

Darin Waid, who fought Shiozaki in the highlight bout on the WLW card in Waterloo, gets to work with the import at the school, where often the student is a teacher too.

“He helps us out a lot, whenever we have questions, he’s there,” said Waid. “He came to America kind of to learn English style, so it’s an adjustment for him too, as well as for us.”

In the ring, it’s a challenge to keep up with Shiozaki, Waid said. “It’s an honor to be in with an international superstar in the ring. All the things, he’s done a lot for this business with his traveling, he put a lot of time in, and for me to be able to get in the ring with somebody like him, somebody I look up to,” he said. The language-barrier is less of an issue than some may think, he added. “It’s really tough. He’s been working on his English, he’s getting real well at it.”

It is still open-ended as to when Shiozaki will head home. “I haven’t decided when I will go back to Japan,” he admitted. The Harley Race/Pro-Wrestling NOAH/WWE camp is scheduled for the end of September, and may just be the fitting final showcase for the star in North America.

“I think the future is limitless for Go,” said Sapolski. “He can hold the top belt in any company. I really believe he is a guy both ROH and NOAH can build around.”

Greg Oliver couldn’t have done this story without the help of good friend Shuhei Aoki, who did his best to translate on spur-of-the-moment notice. Domo arigato.