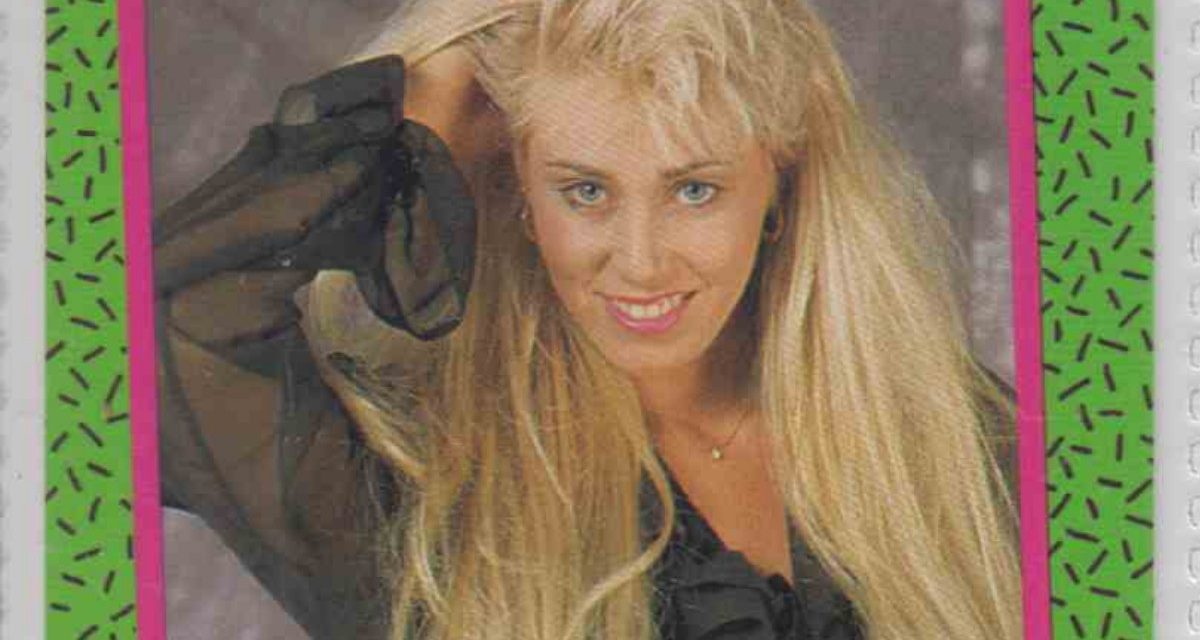 If you’ve ever wanted to know any wrestler’s drug secrets or his, ahem, size, then dig right into Missy Hyatt’s YouShoot interview from Kayfabe Commentaries. Evidently, she’s been around the block again and again — and again.

You’ll also get the dirt on which women in the industry have real or fake breasts. And yes, some women ACTUALLY have real bosoms – who knew? Missy Hyatt, that’s apparently who. 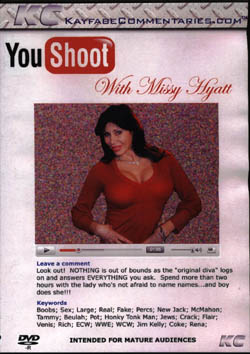 What makes this shoot interview unique is that it’s the first in the YouShoot series to be conducted by the fans and Missy answers emails from the general public, quite willingly as well.

Kayfabe Commentaries co-owner Sean Oliver * said this shoot was a new venture for his company, but one well worth it in the end.

“We’ve decided to expand on the flexibility of the format of ‘YouShoot’ and add some fun and games to it,” Oliver said. “I think it adds an outrageous, comedic element to the series, in the same spirit as a Howard Stern Show or something of that nature. But you put that setting in the world of pro wrestling, then turn it over to the public, and you’ve got something never before seen in the shoot interview arena.”

Missy gabs about the controversial comments made in the past by New Jack and Sunny Tammy Sytch about her and also discusses cosmetic surgery and even dogs. As in pooches. Missy’s willingness to not hold anything back makes this DVD one to have, even if you are just a pervert and hope she flashes the camera.

“Missy has been referred to as the walking train wreck,” Oliver added. “But I’d say it’s more like a succession of near-misses. You can’t believe your eyes and ears, over and over.”

Former Buffalo Bills quarterback Jim Kelly also gets a mention, albeit a negative one, in the DVD. Don’t ask.

At one point, Oliver, who moderates the shoot, holds up a syringe and asks Missy who that reminds her of.

The two-plus hours spent with Missy give a realistic insight to wrestling and wrestlers, but much of it isn’t relevant. Like, do we really need to know (and why would she brag?) about the number of wrestlers she’s, um, orally serviced?

This DVD is definitely edgy and one for all the pervs out there, or if you’re just curious and want to know how “big” Virgil is or whose junk “curves to the left.” If all else fails, kill a sixer of Labatt Blue and pop this in with your buddies. That should be a Saturday night well spent.