Heavyweights in Hamilton is a fundraiser set for this Saturday, September 22nd, with a noble goal — setting up a Wall of Fame that honours the many wrestlers that the Steel City sent to the ring.

It’s the brainchild of Matt Gilmour, better known to fans as Duncan McTavish. 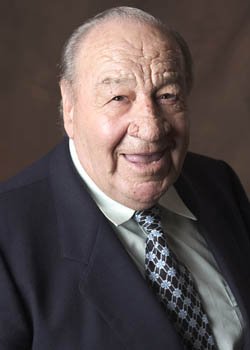 Matt Gilmour in September 2006 at the Titans In Toronto II. Photo by Andrea Kellaway

The much-circulated number from the glory years of Hamilton wrestling was 140 grapplers who came out of Al Spittle’s gym or from Jack Wentworth’s. Contributions also came from trainers like Benny Lima, and the Hamilton Jewish Centre.

Gilmour has the full support of the Hamilton wrestlers, who are coming out in force on Saturday for the dinner / dance at the Ukrainian National Federation Hall, 170 Parkdale Ave. N., in Hamilton.

“I came up with the idea,” said Gilmour, laughing at the pressure he’s under. “If I don’t do it, no one else will do it.”

The $30 for the ticket gets you a chance to mingle with many stars of yesterday, access to the smorgasbord (warning — watch for elbows from the oldtimers!) and dancing.

The money raised is “seed money” for the Wall of Fame, said Gilmour. He mentioned the Canadian Football Hall of Fame and Hamilton’s City Hall as possible locations for a Hamilton Wrestling Wall of Fame.

Gilmour’s also been working hard on getting a wrestling show together down the road for the Municipal Pool in Hamilton, which is where the matches were held for many years (yes, over the water!). It won’t happen this year, but could be the fundraiser for the Wall of Fame in 2008. “The boys all want to have it every year,” said Gilmour.