Sammartino: McMahon is ‘a sick-minded idiot’

You’d think a wrestling legend like Bruno Sammartino would love to chat about the business and note how far it’s come since his heyday.

The Living Legend sat down with SLAM! Wrestling while he was in town to take in a Ring Of Honor show in Detroit recently and had some rather intriguing things to say about the business, especially former employer Vince McMahon.

Sammartino has a legacy in WWE that, sadly, will probably be overcome someday and forgotten. But that’s alright with him. He said he rarely follows the industry any more and for good reason.

“What’s this I hear that Vince has a club where guys have to kiss his butt?” asked Sammartino, still looking fit at the age of 71. “Come on. That’s just ridiculous. I can’t believe that’s the state of the business nowadays and I can’t believe that’s what people watch for. Cable companies should be ashamed for even showing that garbage on television in the first place.” 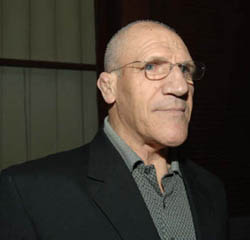 “It was great working for Vince Senior,” stated Sammartino emphatically. “There’s no comparison between Senior and Junior. Nowadays, Vince makes the wrestlers depend on him. Back in my day, Vince Senior depended on me. We didn’t have pay-per-view or WrestleMania, but we would sell out (Madision Square) Garden no problem 12-15 times a year and that’s all we had back then were house shows. Vince depended on me. When he would want to bring in a new wrestler for a program with me, he’d run it by me first and if I liked the idea, we’d go with it. If not, then we’d come up with something else.

“Junior, he just doesn’t care. He’ll do whatever he wants. He’s just a sick-minded idiot. I mean, who else books a match where you wrestle God. How low can you go? It’s disgusting.”

Ironically, Sammartino’s appearance in Detroit was on the eve of the WWE Hall of Fame induction ceremony. Sammartino is not a member, won’t be a member, and has no idea what the Hall of Fame even is.

“They’ve called plenty of times,” Sammartino admitted. “I turn them down every time. What’s the point to a Hall of Fame? Is it a building I can actually go to? No. Give me a break. If I gave in and was inducted, what would that say about me? It would make me a hypocrite and then Vince would turn right around and sell DVDs about me and my career and make more money.

Sammartino was then told why “Charlie Hustle” was in the Hall.

“Because a real wrestler piledrove him?” Sammartino asked. “Please. That makes him Hall of Fame material?”

Sammartino then learned NFL legend William “Refrigerator” Perry, who competed in the WrestleMania II battle royal alongside Sammartino, was also a member of the WWE’s hallowed hall.

He knows he’s not alone.

With McMahon now a World champion having put the ECW title on himself at Backlash on April 29, many fans and observers have continued to walk away from pro wrestling much like Sammartino did many years ago. Sammartino says McMahon has an ego problem.

“People would always tell me that if I didn’t like the product to stop being involved,” noted Sammartino. “So I have, for the most part. If I do watch a show nowadays, they say it’s a sellout, but you block off a third of the arena for lighting and what not, plus you tarp off another section and what do you have left? We turned people away back when I wrestled. We drew the fans for the pure wrestling, not for the sex and vulgarity that Vince throws at you now.