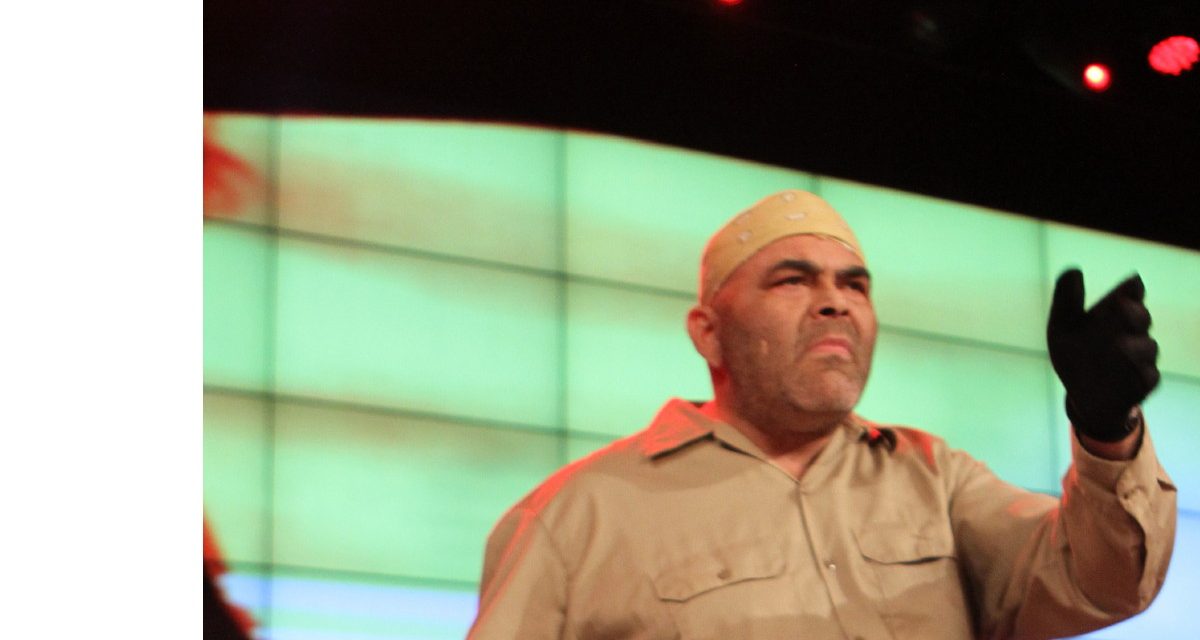 Once referred to as “The Mexican Hulk Hogan” in his native land, Konnan has had a lengthy career both in Mexico as well as with ECW, WCW and now TNA. As the mouthpiece for tag champions the Latin American Xchange (LAX) of Homicide and Hernandez, the veteran is ready to lead his team into war in the Ultimate X match against A.J. Styles and Christopher Daniels at Sunday’s No Surrender pay-per-view.

It’s not a role Konnan takes lightly. As the veteran member of the trio, he wants to pass on his knowledge to the current crop of wrestlers.

“Hernandez has a lot to learn but he is a quick learner and listens and isn’t hot headed. He has been in the business seven years and it has been very rough for him. This is his first break, he has paid his dues and I have tried to help him with all the little nuances. I have seen interviews with people saying they give back. The guys in WCW didn’t show us anything, they would find one or two guys they liked and would show them and that was it. They didn’t teach the little things you needed to learn that made the difference between being a mid-carder or a star,” Konnan told the wrestling media on a conference call Wednesday to promote the pay-per-view. “From the guys I brought into WCW to today with Homicide and Hernandez, I try to teach them everything: How to act, the politics, little things to do in the ring, how to treat the fans and the things you need to do in the ring to be a success in this business. Even though Eddie Guerrero was younger than me, he taught me a lot. So did Chavo Guerrero and Pedro Morales. I don’t understand why people are selfish in giving knowledge to the younger generations. I always try to help as many people as I can. Homicide and Hernandez have a really bright future.” 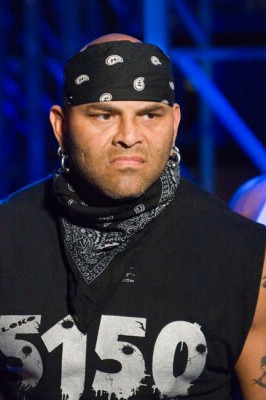 Konnan has been with TNA since its inception and was a part of Three Live Kru (with Ron Killings and B.G. James), but his role within LAX is one he is very passionate about, and that passion comes across clearly on the screen.

“It was pretty clear-cut what I wanted and what creative was going to do with it. We are in a time when a lot of people are marching due to immigration reforms. We have mid-term elections coming up in November and the Republicans are going to lose a lot of seats. There are people saying that Bush hasn’t been hard enough on immigration. When they start passing these really racist laws that people are talking about, there will be more marching. It is something that is very topical and has been heating up for years. We have a huge immigration problem and a lot of underlying hatred and animosity between the government of the United States and Mexico, and with other Hispanic populations within this country. It is something that I feel very personally. I have tried to say what I feel in LAX. When you see a lot of stuff that is written in either company, and you think ‘he doesn’t believe what he is saying’ or ‘I can’t believe what I am seeing’ that hurts the product. When you watch me I don’t think there is too much doubt that I believe what I am saying.”

There haven’t been many Latino stars in the early eras of U.S. wrestling, and the few that did break through truly paved the way for current Hispanic superstars to make their reputation north of the Mexican border.

“When we won the championships, I went out there and said that it as for our mothers who faced racial discrimination when they came to this country and dedicated it to the Latinos before us — Pedro Morales, Mil Mascaras, Chavo Guerrero. I know because I talked to some of them [about] what they had to go through being a Latino in this business. It has gotten better but being Latino in this country and this business is still pretty hard. Mexican wrestling isn’t part of American culture. Anybody who knows me knows that since I broke into this business I have tried to bring lucha libre to the forefront. It has been very hard due to racism, ignorance, and just the fact that Vince McMahon and Eric Bischoff never really saw any money in the Hispanic market. Now Vince McMahon has seen the type of money he made with Rey Mysterio and Eddie Guerrero but has still dropped the ball. TNA is committed to that market. The owners have a house in Mexico and Dixie Carter is actually married to a Mexican. You have LAX, possibly one of the hottest acts in the promotion. I think they are finally starting to understand the power of the Latino market that for years has been ignored and underrepresented.”

While Mexican wrestling may not be popular on any major level in Canada or the U.S., the influence of its stars is apparent in wrestling today. A decade ago Konnan imported a number of top Mexican talent into WCW, and that style is evident in the X Division and throughout the wrestling landscape.

“It was an infusion of all of the guys I brought in from AAA to WCW. All of the guys — The Villanos, El Dandy, Silver King, Lizmark Jr, Rey Mysterio, Juventud and Psychosis. You see it in the X Division and all over, just about any young wrestler wants to do high flying. It is funny because the prototype of the wrestlers compared to ten years ago is a lot smaller, lighter and exciting to watch. It used to be a lot of tall guys, fat guys, muscular guys and now it is more athletically-gifted guys. It has shifted and the change is due to when we brought in these Mexican wrestlers. There were also the wrestlers who were influenced by Mexican wrestling like Chris Jericho and Chris Benoit who both wrestled there for an extended period of time.”

Eddie Guerrero and Rey Mysterio Jr. were the two that truly broke out as Hispanic superstars within WWE. Konnan considers both to be good friends. He discussed his pride when his counterparts broke through and became World Champions.

“When Eddie did it, that was the greatest moment in wrestling I have seen in my life. Him and Chris Benoit hugging in the middle of the ring (at Wrestlemania XX) after they were such great friends and went to Mexico and New Japan together. It was such an emotional scene for me, I thought ‘Wow what a classy thing to do’ from an organization that to me always does classless things. That made me so happy. I thought WWE finally gets that this is what the people want. I hate when wrestling promotions shove things down people’s throats that they don’t like and then do it more just to spite the fans because they can. I will wonder why they won’t push someone that the fans like. They finally listened to the fans, it was two guys who the fans wanted to win and it was such a feel good moment.” 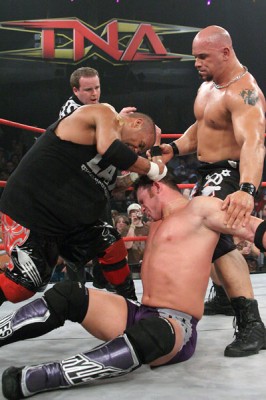 “Fast forward to Rey Mysterio. I have never met anybody that says they don’t like him. He is a great wrestler and a great person and comes out in really cool outfits. He is an inspiration to every little kid that they could be a wrestler someday. He went out there at Wrestlemania and they only gave him nine minutes and didn’t make a big deal out of it. After that he lost in succession to Fit Finlay and Great Khali. How do you bring Rey Mysterio to San Diego, his hometown where he is a huge draw and have him lose on TV to Khali in three minutes? That is not a way to protect him and keep your Hispanic fans happy. I think they dropped the ball. They took one step forward with the Latinos and then two steps back.”

When asked about Guerrero’s death, the sadness in Konnan’s voice became evident as he discussed his friend.

“It was the most devastating news I have had since my son passed away. Eddie was such a spirtual, beautiful, kind person. It really made me reevaluate my priorities and change my life around on a personal level. A guy I was so close to and loved so much is no longer here. I can’t call him for advice or have him call me or hear his voice again or see that incredible talent that he had. It is a shame and even as I speak about it I still cannot believe it. It had a profound effect, I look at life and wrestling differently since that happened.”

Since then WWE has used Eddie’s name in angles with his cousin Chavo and widow Vicky. Konnan, like many others, is not impressed.

“I cannot believe it. Eddie Guerrero is so loved by the fans. I have a MySpace account and people are always sending me poems and pictures and stories about when they met Eddie Guerrero. He was such an inspiration. When they go out there they boo Chavito, Rey and Vicki and are saying ‘We don’t like this. We know this is scripted and why are you taking part in it?’ I have no idea why Vicki would even do it. I know she would never dishonor his memory because they were so in love. If their excuse is that they are doing it to give her money I am sure they could have found another role for her. They have done so many things with Randy Orton and Big Show by spitting on his lowrider and saying ‘Eddie Guerrero can’t help Rey Mysterio where he is now’, it is disgusting and they should be ashamed for what they are doing. It is total BS.”

Tasteless angles is one of the things that differentiates WWE from TNA. Still Konnan admits the promotion is continuing to grow and still has room to improve.

“WWE has set such a high standard, we need to quit trying to compete with them and find our own niche instead of looking so much like them sometimes. I believe whole-heartedly that we have better in-ring talent than them and a better locker room. We also need better advertising; there are a lot of people who still don’t even know we are out there.”

TNA wouldn’t be around however if it wasn’t for one woman. “Dixie Carter has been incredible, she believed in us and invested and lost a lot of money. She has stayed with us a lot longer then she should have. She is very passionate about this company and I have a lot of love and respect for her and her family for keeping us for around so long.”

Having had an active career, Konnan recently has been spending time as both manager for the tag team champions and in the Spanish announce booth as a color commentator. It won’t be long until he is back in the ring again pushing Hispanic wrestling to the forefront of TNA.

“I had a horrendous hip injury that put me on the shelf. I thought I was going to have to get it replaced but a doctor in Mexico helped me. I actually wrestled last weekend in Mexico, it was TNA vs. AAA and we drew 17,000 people. It was incredible. I went with Jeff Jarrett, Abyss, Samoa Joe, Low-Ki, Homicide and AJ Styles. I wrestled in the main event with Jeff and Abyss and was moving pretty good, so I should be back soon.”