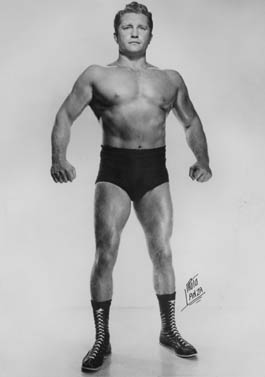 Acting Bio: Kenny Ackles of Springill, Nova Scotia, seems to have been positioned to find as much success in the movie business through the 1940s and 50s as he did in wrestling, but his focus remained largely on his in-ring career. Still, small parts in big pictures such as Li’l Abner (1959) and Death Wish (1974) allowed him to capitalize on his Hollywood-friendly physique and presence.