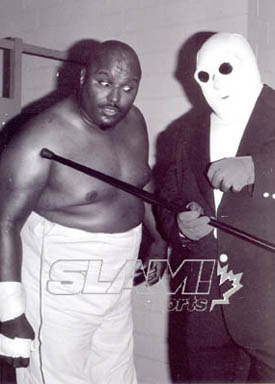 Abdullah with The Black Baron. Photo by Roger Baker

Acting Bio: Lawrence Shreve of Windsor, Ontario grew into the iconic role of Abdullah the Butcher and was notorious for his hardcore and weaponized antics years before they became commonplace. His acting roles are limited to a few movies, plus some commercials that aired in Japan. His likeness also served as a model for a fighter character called Abdullah in the mange/anime series One Piece. Although Shreve himself had no connection to the production of One Piece, the characterfeatures his trademark forehead scars. 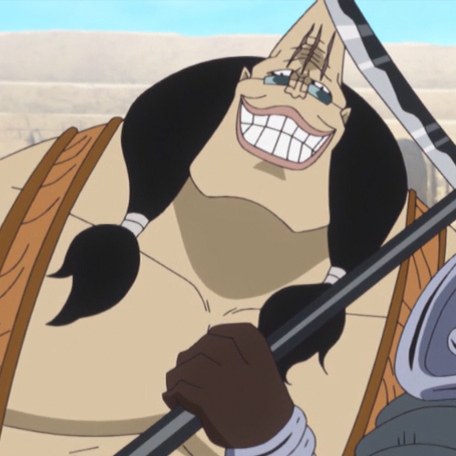 The character Abdullah from “One Piece” Photo: nautiljon.com