A year in wrestling with Blakwidow 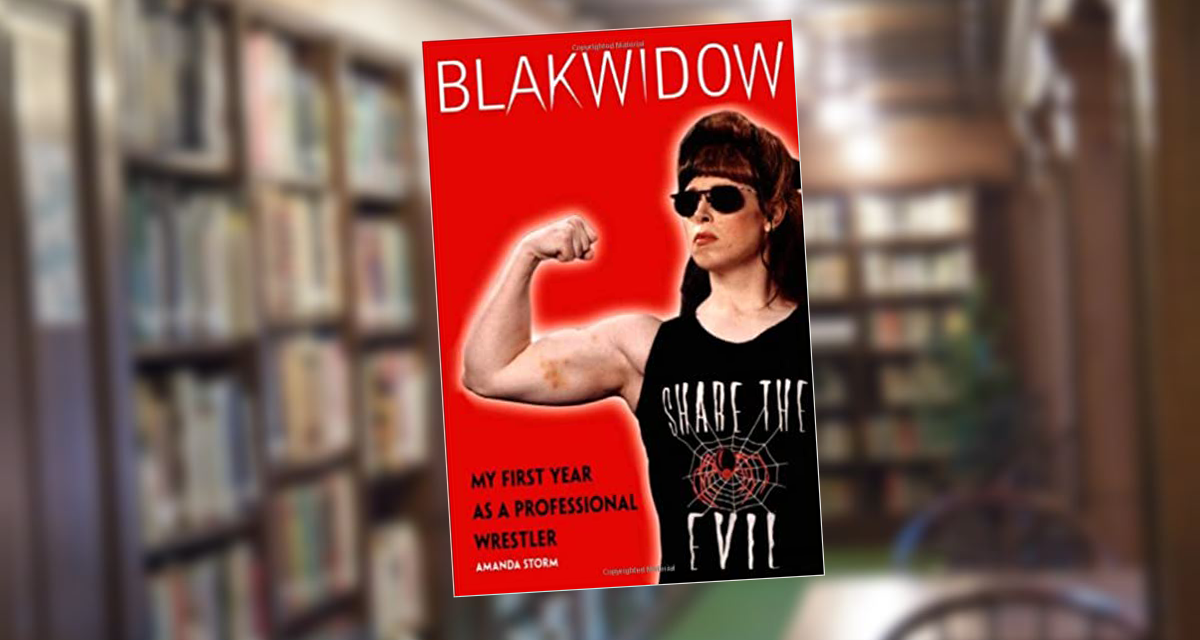 One of the regular emails that comes in to SLAM! Wrestling is the “How do I become a wrestler?” question. There’s a standard reply that is sent out telling people to finish high school, work on their body, and have something to fall back on should their dream not succeed.

And now there’s a book to recommend to them as well. Blakwidow: My First Year as a Professional Wrestler, by independent wrestler Amanda Storm, spells out much of the trials and tribulations that face any wannabe wrestler.

Storm gave up life in California to train to be a wrestler, travelling across the U.S. to train with the legendary Wladek “Killer” Kowalski at his Massachusetts school – one of the few that would train a woman.

The fact that she trained with Kowalski is an important one, because he also trained the hottest woman wrestler on the planet: Chyna (Joanie Laurer).

Apparently, Storm gets a lot of comparisons to Chyna, despite the fact that she is not a bodybuilder, a Playmate or a superstar in the WWF.

“I don’t think that I’m all that similar to Chyna, despite having gone to the same wrestling school and both being women,” Storm writes. “But when I’m a heel I sometimes play up the similarities by doing a lot more of HHH’s moves than usual and working in a low blow or two. Then when the fans yell that I’m a ‘Chyna wanna-be’ I get mad and scream, ‘I’m not a Chyna wanna-be! I’m Amanda God-damn Storm and I’d destroy her or any other man, woman, or child who is stupid enough to step into the ring with me!'”

Storm is actually Alexandra Whitney, but that’s about all the real facts you’ll learn about her. You don’t learn when she was born, where she grew up, what her childhood was like – except for the fact that she watched a lot of wrestling with her grandfather. She sticks to the wrestling, even when it may have helped the reader better understand her motivations to go into further detail.

For example, at different points she mentions being in a motorcycle gang, being in the army, and having cancer, but nothing more than mentioning it. This may not be a big deal to the teen reading this book to learn a little about what it’s like to break into pro wrestling, but to the book reviewer it’s a fairly serious flaw.

What is pretty good about the book is the writing. An English major in college, Storm turns a good phrase and seems to have really given some thought to what makes her, and others, want to be wrestlers.

My personal favourite is when she’s describing a promotion in Sacramento, which sums up far too many of the characters I’ve met during my 15 plus years covering pro wrestling. “The SVWA was basically run by a man who conned whoever he could into fronting money for his next show, which he would promptly lose by booking too many stars, apparently so he could have his picture taken with them.”

In another instance, she writes about what is behind an indy wrestler’s dream. “We small-time wrestlers get our fame in Warholian doses, one weekend at a time. We are stars of the moment, from the instant we step into that ring until we leave the building and drive off in our Yugos. In a way we are like shooting stars that burn brightly with the timekeeper’s bell and wink out with the referee’s 1-2-3. Then we go back to our lives as housewives, girlfriends, deli clerks, and software manual writers.”

From a Canadian perspective, Storm’s story takes into account her appearances at Jacques Rougeau Jr.’s Lutte International 2000 shows (but for some reason her opponent Precious Lucy declined to be mentioned by name in the book), and her six-week tour with the Can-Am Wrestling promotion in the Prairies.

In the end, Blakwidow: My First Year as a Professional Wrestler is a decent read, but more importantly, it offers a much more realistic portrayal of what awaits the wannabe. It’s all fine and good that The Rock or Mick Foley can write bestsellers, but only a tiny percentage of those who train to be wrestlers will ever attain their heights. Storm’s book is a tribute to all those who will never get there.