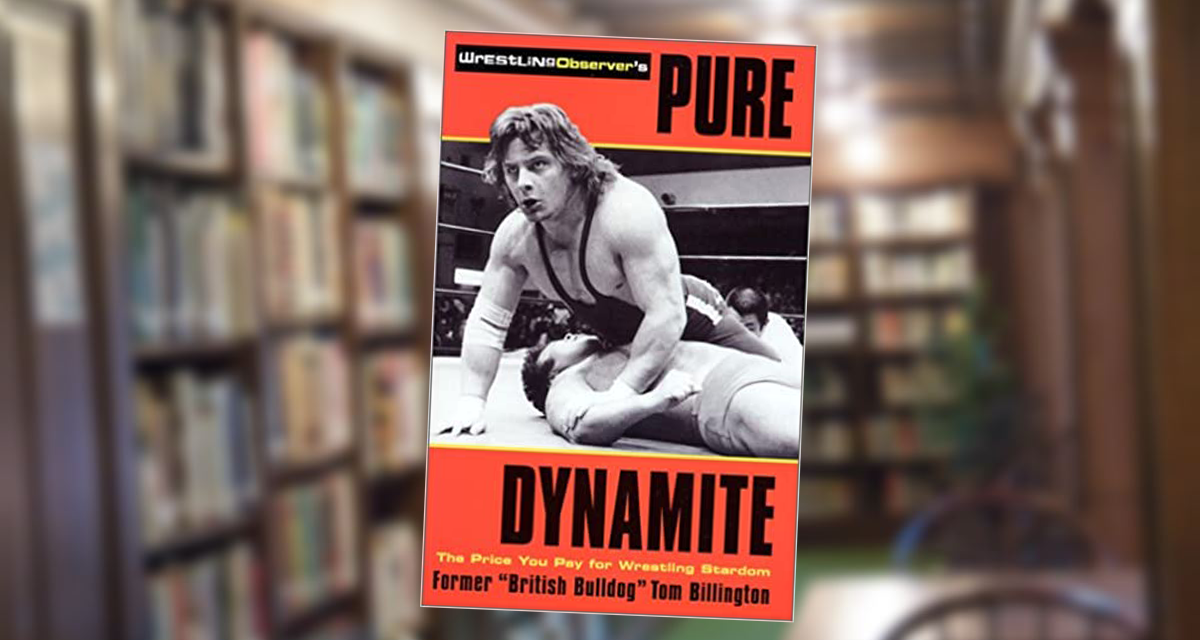 The Dynamite Kid is striking back at those who question some of the material in his autobiography.

And most of the shots are directed at Slam Wrestling.

First on his hit list is Bret “Hitman” Hart, who has written a little about Dynamite over the past month.

“A few weeks ago, in his Calgary Sun column, Bret Hart wrote that Pure Dynamite was funny, sad, but called it exactly like it was,” The Dynamite Kid, aka Tom Billington, said on his web site, www.dynamitekid.com. “Now, all of a sudden, he says that along with my back, knees and shoulder, my brain must be broken. Well, I won’t deny there are things in the book that certain people, including Bret, might not like. The fact of the matter is, the truth sometimes hurts, and whether people like it or not, everything in that book is true. But in saying that about me, it’s a shame that Bret doesn’t also remember just how much effort I put into getting him over in the ring – in Stampede, in Japan, and in the WWF. I do. I remember it every single day.”

It seems that Dynamite Kid (or perhaps a ghost-writer) has also taken liberties with Bret Hart’s words from the Nov. 13 column. In that story, Hart wrote:

“I called The Dynamite Kid while I was over there [in England]. The last time we’d talked was a while ago because I felt kind of funny telling him all about my wrestling career while he’s stuck in a wheelchair. I told him that and he said not to feel that way and to keep in touch more – which I look forward to doing. He was in good spirits and has written a no-holds-barred book, Pure Dynamite, which is available on the Internet at www.dynamitekid.com. I’ve only read part of it and look forward to finishing it as soon as I have a chance. It’s sure to make you laugh and tug at your heartstrings. It’s honest and tells it like it is – or was.”

The key part is “I’ve only read part of it.”

Two weeks later on Nov. 27, Hart weighed in with the following:

“One thing that didn’t turn out like I thought it would, was Dynamite Kid’s book. As great a wrestler as he was, I’m saddened to realize that in addition to injuring his elbows, knees, shoulders and back, he’s broken his brain, too. So much for the good old days.”

So Bret Hart didn’t like the book once he finished it. Neither did our own John Molinaro.

“When you have your own newspaper column you can write whatever you want… whether it makes you look like a two-faced idiot or not,” jabbed Dynamite Kid.

Dynamite also takes issue with some of what Davey Boy Smith had to say in recent interviews, including with Alex Ristic a couple of weeks ago here on Slam Wrestling.

“In an interview he talked about all the moonsaults and handsprings and nip ups he was practicing in the ring just a few weeks ago. The truth is… well, you must have seen his matches recently,” Billington wrote.

As Molinaro wrote in his review of Pure Dynamite (“Dynamite Kid bio falls short”), “The book is also marred by his continuous jabs and shots and cousin and tag partner Davey Boy Smith.” The web site too.

An email from Colin Bowman, the president of The Howl Group, which is handling the North American distribution of Pure Dynamite, invited fans to check out what Dynamite had to say.

“[Dynamite] doesn’t have a newspaper column or pet journalists, so this is his only forum to answer back,” wrote Bowman.

What he didn’t say was that Dynamite Kid and co-author Alison Coleman turned down an interview request with Slam Wrestling because they disagreed with Molinaro’s review.

“Tommy felt that the review contained several inaccuracies which misrepresent the content of the book. He finds it difficult to see anything to be gained from giving an interview,” wrote Coleman when turning down the interview request. In a further email, she the “inaccuracies” should be obvious to anyone who reads the book.

“It saddens me that Dynamite took my review as a personal attack on him. It wasn’t,” responded Molinaro. “I mentioned in my review, several times, what a great worker he was and how he had a tremendous influence on the business. My review was based solely on the book and not at all on his skills.

“I also think it’s unfortunate that he didn’t consent to granting us an interview. If, like Coleman said, my review had several inaccuracies, then what better chance to correct them than the forum we were providing. His refusal is a pretty clear indication that his problem with my review wasn’t that it had inaccuracies but that he just didn’t like my negative review.”